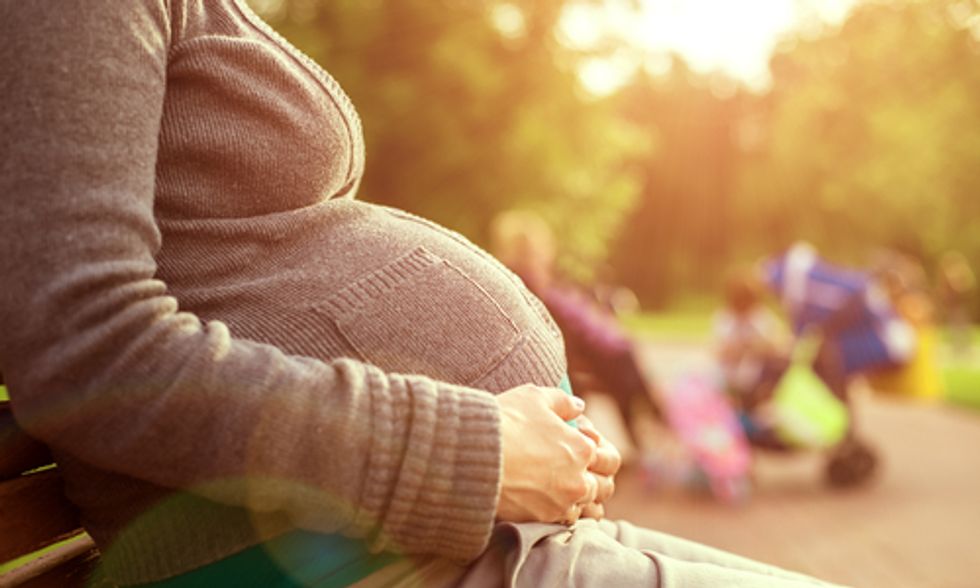 Gaining more weight during pregnancy can substantially reduce a baby’s exposure to pesticides that accumulate in a mother’s body, according to new research.

Pregnant women who don’t gain enough weight lose fat when the fetus grows. This releases fat-soluble chemicals such as DDT into the bloodstream, which reaches the fetus.

“This study suggests that sufficient weight gain during pregnancy may help to dilute certain chemicals that store in fat, reducing exposure to the fetus,” said Jonathan Chevrier, an epidemiologist at McGill University in Montreal who did not participate in the research.

Exposure to persistent organic pollutants, or POPs, in the womb has been linked to developmental disorders and learning delays, reduced immune system function and changes in hormones.

Only a few studies have investigated how pregnancy weight gain may affect a baby’s exposures.

In the new study, scientists compared weight gain for 325 expectant mothers from Avilés, Spain, with the levels of 35 chemicals in their babies’ umbilical cord blood. Included were brominated flame retardants, organochlorine pesticides such as DDT and polychlorinated biphenyls, or PCBs.

The babies’ exposure to all the chemicals decreased as pregnancy weight gain increased, according to the study. However, when the scientists accounted for other factors known to influence concentrations—such as a mother’ s age and how much fish she ate—the association was significant for only two chemicals: a byproduct of the insecticide lindane called beta-HCH and a DDT metabolite.

DDT was banned in the U.S. in 1972 because it was building up in the environment. Agricultural use of lindane was banned in 2006 due to concerns over its effects on the nervous system.

The researchers from Spain’s University of Oviedo wrote that if a pregnant woman has inadequate body fat, she could lose fat stores during the last trimester, when the baby grows rapidly. “This mobilization effect to meet the fetal demand may trigger the release of POPs to the bloodstream, where they may become available and cross the placenta barrier,” they said in the journal Environmental Health Perspectives.

The U.S. Institute of Medicine and the World Health Organization recommend that normal-weight women (determined by the Body Mass Index) gain between 25 and 35 pounds during pregnancy. In the new study, more than 40 percent of mothers gained excessive weight while 25 percent of mothers gained too little. Mothers were asked to recall their own starting weight, so it’s possible that some may have gained more or less than recorded.

For PCBs, there may have been no significant link to weight gain because the mothers’ consumption of fish is a stronger factor determining their babies’ exposures. PCBs have been linked to reduced IQs and other effects in children exposed in the womb.