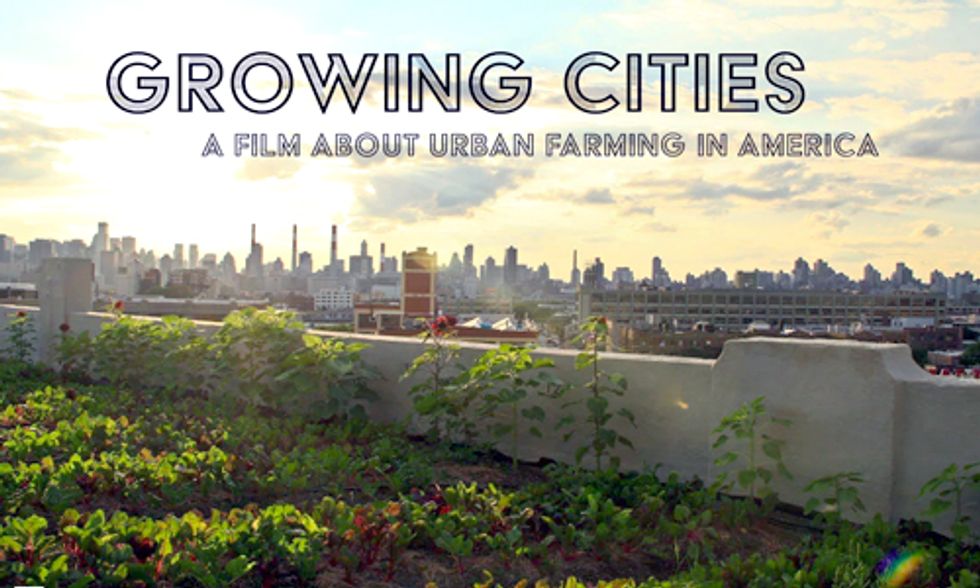 Filmmakers Dan Susman and Andrew Monbouquette take a road trip to meet the people who are transforming urban lots and rooftops into gardens, and challenging the way this country grows and distributes its food in their documentary Growing Cities.

This film examines the role of urban farming in America, and shows how urban farms can revitalize cities and change the way people eat.

"Growing Cities showcases innovators and everyday people who are transforming their cities one vacant lot, rooftop farm and backyard garden at a time," said Susman. "Thus far, folks have found the film very inspirational to take back to their communities."

Growing Cities was released in Fall 2013 and shown at film festivals worldwide. Interested in hosting a screening in your community? Click here. Growing Cities will be screened on PBS this fall. Click here for the schedule.