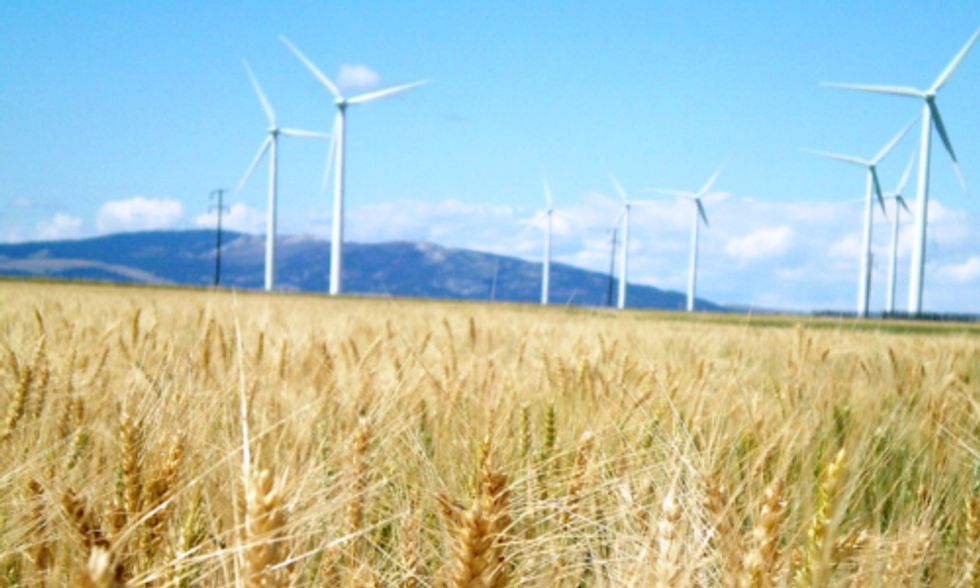 One year ago, the U.S. and China declared in their Joint Statement on Climate Change that “forceful, nationally appropriate action by the United States and China—including large-scale cooperative action—is more critical than ever. Such action is crucial both to contain climate change and to set the kind of powerful example that can inspire the world.”

Indeed, China and the U.S. hold the two biggest environmental footprints, together responsible for more than 40 percent of global greenhouse gas emissions. And both countries currently rely heavily on fossil fuels to power their economies, primarily drawing on coal, natural gas and oil.

Friday, I testified before the U.S.-China Economic and Security Review Commission, discussing U.S.-China cooperation on clean energy. It’s clear that while the two countries are beginning to collaborate on low-carbon initiatives, significantly reducing emissions requires a much more significant, sustained effort. Cooperation on clean energy can yield benefits in both countries—for their economies, energy security, and for alleviating climate change.

The U.S. and China are beginning to collaborate on some clean energy initiatives—and some projects are already producing benefits for both countries. Photo credit: Idaho National Laboratory Wind Energy Program

The U.S. and China are beginning to collaborate on some clean energy initiatives—and some projects are already producing benefits for both countries. The case of LP Amina and other examples illustrate the virtues of collaboration between the two countries. Based in North Carolina, LP Amina developed and patented a new coal classifier to sort pulverized coal. The classifier prevents larger coal particles from entering a coal boiler, reducing nitrogen oxide emissions by up to 15 percent and slightly improving energy efficiency. Yet despite these benefits, customers in the U.S. would not buy the new classifier because it had not yet been demonstrated.

After engagement in joint research and development and workshops convened by the US-China Clean Energy Research Center (CERC), LP Amina installed one of its new classifiers at the Fengtai Power Station in the Anhui Province in eastern China. This successful demonstration in China gave LP Amina the credibility it needed to market the classifier to plants in the U.S., and the technology is now being deployed globally. The technology helps reduce coal plant pollution while also creating American manufacturing jobs. Each classifier keeps 10 to 20 manufacturing workers busy for a month, and manufacturers in Michigan, Ohio and West Virginia are already building them.

The LP Amina is just one example of how collaboration can help advance low-carbon initiatives in China, the U.S. and globally. We’re also seeing some positive U.S.-China collaboration on clean energy at the research, business and government levels:

These early initiatives are promising, and they already starting to yield some progress. But truly scaling up clean energy in both nations at the level necessary to significantly reduce emissions requires a greater, more sustained effort.

For one, researchers, businesses, and governments should collaborate rather than operate in their own, silo-ed initiatives. The U.S. and China have had some success in encouraging multi-level cooperation—such as through the CERC and the U.S.-China Renewable Energy Partnership—but more needs to be done.

Secondly, an important area of expansion is into the realm of environmental policy. Historically, U.S.-China collaboration has focused only on technology and not on the important interaction between technology and policy. This approach fails to address the environmental impacts of technology deployment—an important process when mapping out a sustainable energy future. Future collaborative efforts should involve both technical and policy aspects of clean energy deployment. One way to accomplish this would be for the United States and China to initiate a platform for multi-agency/ministry dialogue that is focused specifically on environmental policies needed for clean energy deployment, such as national renewable energy plans.

Finally, U.S.-China clean energy collaboration needs to be more sustained and coordinated. The Climate Change Working Group (CCWG)—established by the United States and China in July of 2013 to—is designed explicitly to bring the relevant agencies and ministries together to pursue low-carbon development. However, its scope is currently limited to collaboration on just five issue areas. The CCWG, or some yet-to-be-established entity, needs the power to coordinate sustained, long-term clean energy cooperation between the two countries.

In a world where companies and products are globally integrated, the benefits of U.S.-China cooperation on clean energy innovation extends beyond either country. By leveraging and combining the collective ingenuity of engineers and scientists, businesses, and governments in both the United States and China, we can help unlock a clean energy revolution.