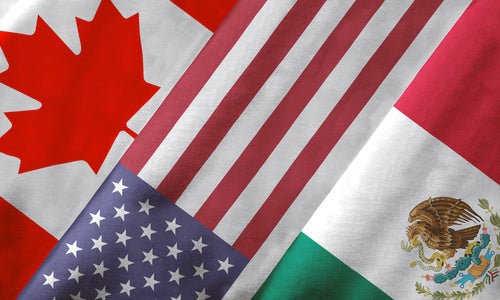 In 1997, Canada restricted import and transfer of the gasoline additive MMT because it was a suspected neurotoxin that had already been banned in Europe. Ethyl Corp., the U.S. multinational that supplied the chemical, sued the government for $350 million under the North American Free Trade Agreement and won! Canada was forced to repeal the ban, apologize to the company and pay an out-of-court settlement of US$13 million. 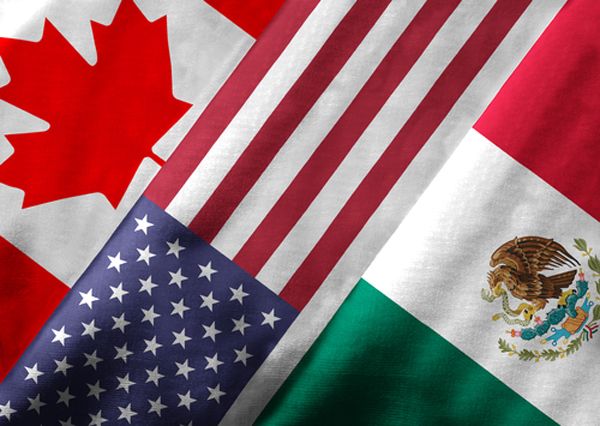 Trade agreements are negotiated in the best interests of corporations instead of citizens.

The free trade agreement between Canada, the U.S. and Mexico was never designed to raise labor and environmental standards to the highest level. In fact, NAFTA and other trade agreements Canada has signed—including the recent Foreign Investment Promotion and Protection Agreement with China—often take labor standards to the lowest denominator while increasing environmental risk. The agreements are more about facilitating corporate flexibility and profit than creating good working conditions and protecting the air, water, land and diverse ecosystems that keep us alive and healthy.

Canada’s environment appears to be taking the brunt of NAFTA-enabled corporate attacks. And when NAFTA environmental-protection provisions do kick in, the government often rejects them.

According to a study by the Canadian Centre for Policy Alternatives, more than 70 percent of NAFTA claims since 2005 have been against Canada, with nine active cases totaling $6 billion outstanding. These challenge “a wide range of government measures that allegedly interfere with the expected profitability of foreign investments,” including the Quebec government’s moratorium on hydraulic fracturing, or fracking.

Quebec imposed the moratorium in 2011 pending an environmental review of the controversial gas-and-oil drilling practice. A U.S. company headquartered in Calgary, Lone Pine Resources Inc., is suing the federal government under NAFTA for $250 million. A preliminary assessment by Quebec’s Bureau d’audiences publiques sur l’environnement found fracking would have “major impacts,” including air and water pollution, acrid odours and increased traffic and noise. Fracking can also cause seismic activity.

According to the CCPA, Canada has been sued more often than any other developed nation through investor-state dispute settlement mechanisms in trade agreements. Under NAFTA, “Canada has already lost or settled six claims, paid out damages totaling over $170 million and incurred tens of millions more in legal costs. Mexico has lost five cases and paid damages of US$204 million. The U.S. has never lost a NAFTA investor-state case.”

NAFTA does, however, have a watchdog arm that’s supposed to address environmental disputes and public concerns, the Commission for Environmental Cooperation. But Canada is blocking the commission from investigating the impacts of tailings ponds at the Alberta oilsands.

Environmental Defence, Natural Resources Defense Council and three people downstream from the oilsands asked the CEC to investigate whether tailings leaking into the Athabasca River and other waterways represent a violation of the federal Fisheries Act. According to the complaint, the tailings ponds, which are actually much larger than what most people would think of as ponds, are spilling millions of litres of toxic liquid every day. Environmental Defence says the CEC found “plenty of evidence that tar sands companies were breaking Canadian law and lots of evidence that the Canadian government was failing to do anything about it.”

It’s the third time in the past year that Canada has prevented the commission from examining environmental issues. Canada earlier blocked an investigation into the protection of polar bears from threats including climate change and one concerning the dangers posed to wild salmon from BC fish farms.

Trade agreements are negotiated in the best interests of corporations instead of citizens. On top of that, federal and provincial governments keep pinning our economic hopes on volatile oil and gas markets, with little thought about how those resources could provide long-term prosperity. Recent plummeting oil prices show where that leads.

These priorities are screwed up. We end up with a boom-and-bust economy and the erosion of social programs as budgets are slashed when oil prices drop. Skewed trade deals allow corporations to override environmental protections that haven’t already been gutted, and create a labor climate in which wages, benefits and working standards fall.

It’s time for Canada to recognize that a diversified economy and citizens’ right to live in a healthy environment are more important than facilitating short-term profits for foreign and multinational corporations.