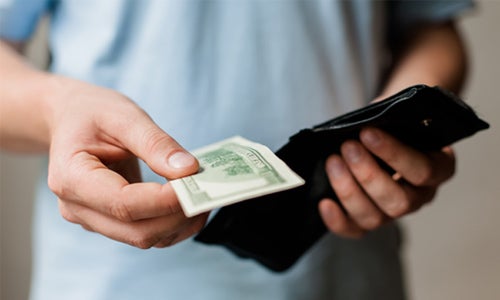 Is it true that Burt’s Bees—maker of those natural creams and lipsticks—isn’t owned by that avuncular character on the labels but by the industrial giant Clorox? Is the Nestle boycott still on? What is that for again? Do the ice cream mavens Ben and Jerry still support local Vermont dairy farms? 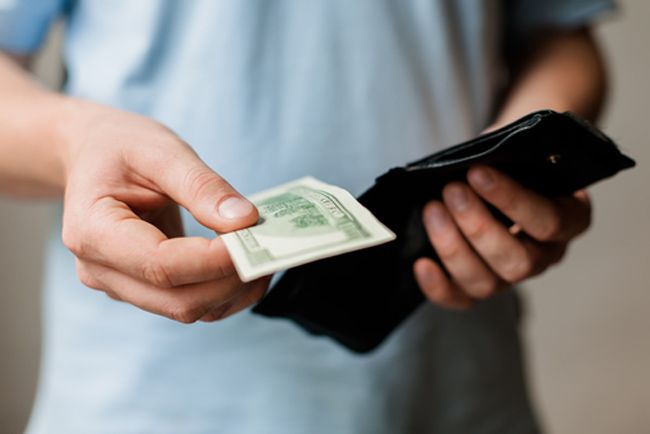 Ethical Barcode lets you scan a product and it will tell you a variety of things, including if it was tested on animals, its impact on the oceans, how sustainable the packaging is, and even how many women are on the company’s board of directors.

If you are trying to shop ethically, it can be confusing and hard to keep up. Some issues that can arise are greenwashing (a marketing ploy that gives the impression that products are better for the environment than they are); keeping track of who owns whom (for example, a seemingly small, local company may be bought by huge conglomerates); and finally, labeling regulations (you can put almost anything on labels).

JP Davidson is trying to overhaul his buying habits to become greener. With help from Adria Vasil, an author and writer of the Ecoholic column for Toronto’s free weekly, Now Magazine, he found a couple of apps that assisted in his journey. (Spoiler alert: Don’t buy Bumble bee or CloverLeaf Tuna. I already know that, at least).

Ethical Barcode lets you scan a product and it will tell you a variety of things, including if it was tested on animals, its impact on the oceans, how sustainable the packaging is, and even how many women are on the company’s board of directors.

Buycott lets people start campaigns against some food product practices. “Demand GMO Labeling” is one of their most successful campaigns. It has nearly 400,000 users signed on. So that means, in theory at least, almost half a million people are scanning products and when they find those that are sold by companies that have worked to prevent GMO labeling (such as Pepsi, Nestle and Kellogg), they don’t buy them. And that started with just one person on Buycott.com.

When anyone talks about food labeling, the discussion often ends up on whether or not GMOs (or other ingredients), which should be on the label, are in the tomato sauce. (Shouldn’t everything be on the label?) This has been a huge fight in the U.S.

You may have heard the acronym, or even know what the acronym stands for, but you may be wondering what on Earth are GMOs. Tyler Sanville at Greenpeace USA has written about this a lot and helps us define a GMO, or a genetically modified organism: “any plant or animal that has had their cells changed by scientists in a lab and altered by genes from other plants, animals, viruses, or bacterias.” GMOs were recently introduced, in the early 90s, so they’ve only been part of our diets for the past 20 years. This is why there are safety and health concerns.

It’s one thing to not eat toxins. It’s another to keep them out of clothes and shoes.

Kevin Stairs, Greenpeace’s chemicals policy director in Europe, told me that when babies are born today, most of them carry at least 200 chemicals that are foreign to nature in their bodies. And the threat from toxic chemicals is growing over time.

But why concentrate on shoes? As Kevin explained, the textile and shoe sectors use a host of toxic chemicals, yet they try to portray themselves as very green and sustainable. Last year, Greenpeace was very successful in asking companies to detox the clothing and shoes they sell. 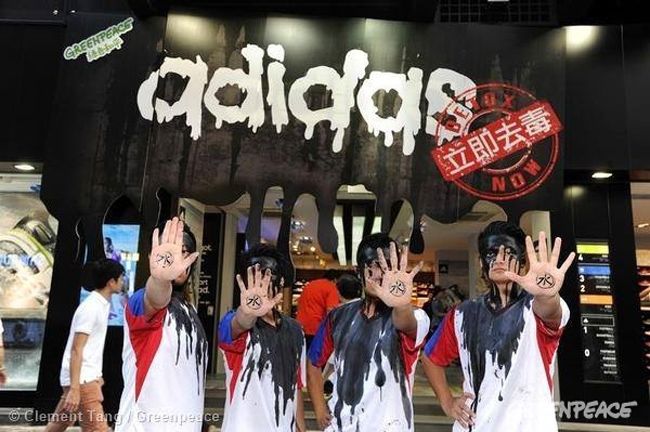 The chemicals used in making these products, such as polyfluorinated chemicals or PFCs, can accumulate in the environment and can show up in our water systems. They can damage our immune and reproductive systems and some are also linked to thyroid disease. Adidas has committed to being toxic-free by 2020 and to phasing out 99 percent of all PFCs from its clothing by the end of 2017. Puma has also agreed to eliminate hazardous chemicals from its products and supply chain, and ensure 100 percent of all its products are PFC-free by the end of the same year.

Listen below to the Greenpeace Podcast: Detox Your Shopping. Vote With Your Wallet. Is There an App for That?: