How to Make a Change for Stop Food Waste Day 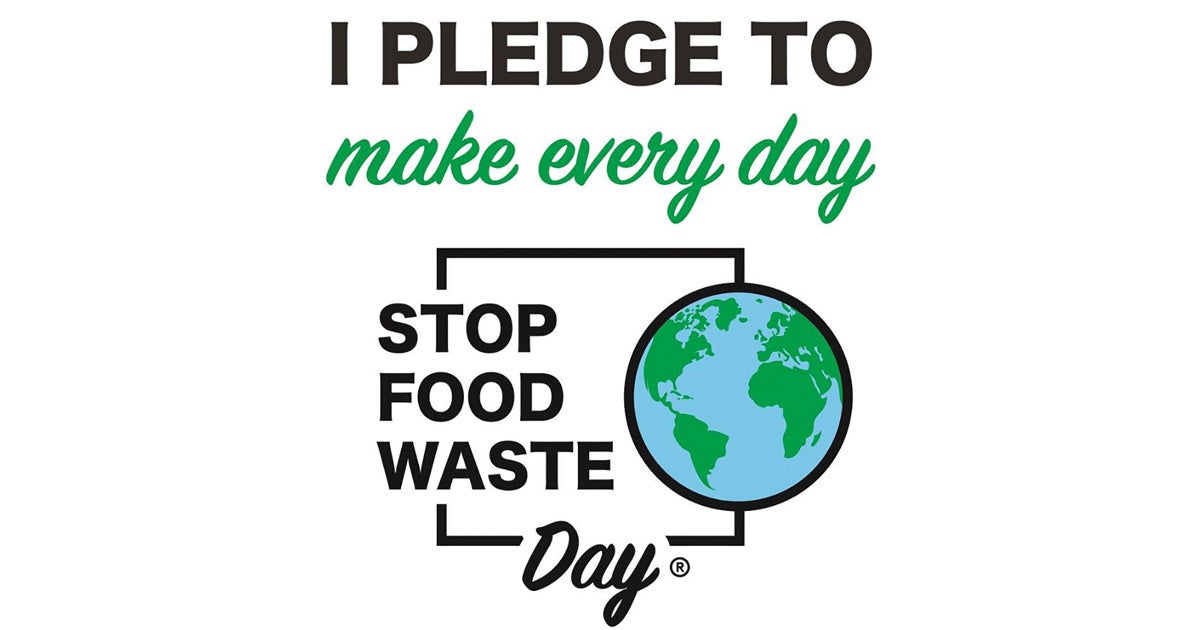 Did you know that more than a third of food is wasted or thrown away every year? And that only 25 percent of it would be enough to feed the 795 million undernourished people in the world? That’s why today is Stop Food Waste Day, a chance to reflect on what you can do to waste less of the food you buy.

Stop Food Waste Day is an initiative of food service company Compass Group. It was launched first in the U.S, in 2017 and went global the year after, making today it’s second worldwide celebration.

When we waste food we also waste the resources that went into producing it!

Every year the #water 💧 used to produce lost or wasted food is equal to 3x the volume of Lake Geneva.

We need to reduce our #foodwaste for a #ZeroHunger 🌎! #StopFoodWasteDay pic.twitter.com/cEimp5YrF4

“Food waste is a massive issue facing us all,” Compass CEO Dominic Blakemore said on the Stop Food Waste Day website. “As the world’s leading food service company operating in 50 countries, it is part of our social purpose to raise awareness and make a positive impact to reduce waste across the world.”

So how can you reduce your waste? The website offers some tips.

You can also take the Stop Food Waste pledge to spread awareness on social media.

In honor of the day, Rachael Jackson wrote for National Geographic about why so much food is wasted.

One important reason is that people put too much faith in use-by dates. A study found that people were more likely to think older milk was drinkable if it didn’t have a date; conversely, milk with a fresher date that was actually low quality was rated just fine by many participants.

Jackson also wrote that people are more likely to let themselves off the hook if they think the food they toss will be composted.

“Composting is not a bad thing, but you’d prefer to not create the food waste in the first place. It’s going to have a lot more social and environmental benefits,” Ohio State Food Waste Collaborative Director Brian Roe told Jackson.

Several groups and companies are trying to find innovative solutions to the food waste problem. The Brooklyn-based frozen pizza Scraps, for example, uses ingredients like broccoli leaves for pesto that are normally not eaten.

“We’d both recently heard that 40 percent of food is wasted in the U.S. each year, and we talked about how we could become part of the solution,” co-founder Jessica Smith told Edible Brooklyn.

In our own kitchens, each of us can also make a change.

“I do think awareness is slowly growing,” Waste-Free Kitchen Handbook Dana Gunders told National Geographic. “But I think there’s still a disconnect between being aware that this is a global problem and connecting that to what you’re actually doing when you scrape your plate into the garbage.”