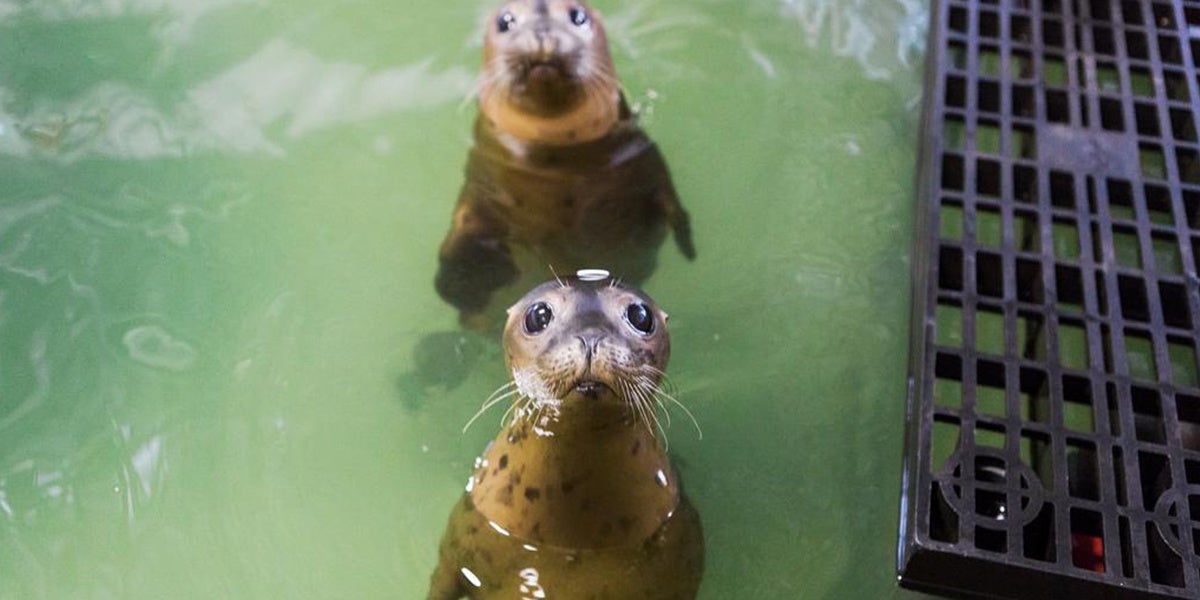 At 5 a.m. one morning last spring, a baby seal wandered into the sleepy town of Bar Harbor, Maine. The little pup waddled off the beach and onto the highway. Locals called the police. The police called Rosemary Seton.

Seton is on speed dial when seals turn up sick or lost in Maine. She’s a trained first responder for marine mammals in trouble, with the Allied Whale Marine Mammal Research Lab, at the College of the Atlantic in Bar Harbor. When the police called, Seton headed to work. Never mind that it was the crack of dawn, and her birthday, Seton helped wrangle the middle-of-the-road pup, and drove it three hours south, to Marine Mammals of Maine in Bath, the state’s only medical facility for such strandings.

Seton knew how to handle that situation. Saving wildlife is her job. But she can’t be everywhere at once. She relies on the public to report sick-looking animals. Everyone has a role to play for stranded ocean wildlife. Even beachcombers can help. Just keep a distance, and know who to call. 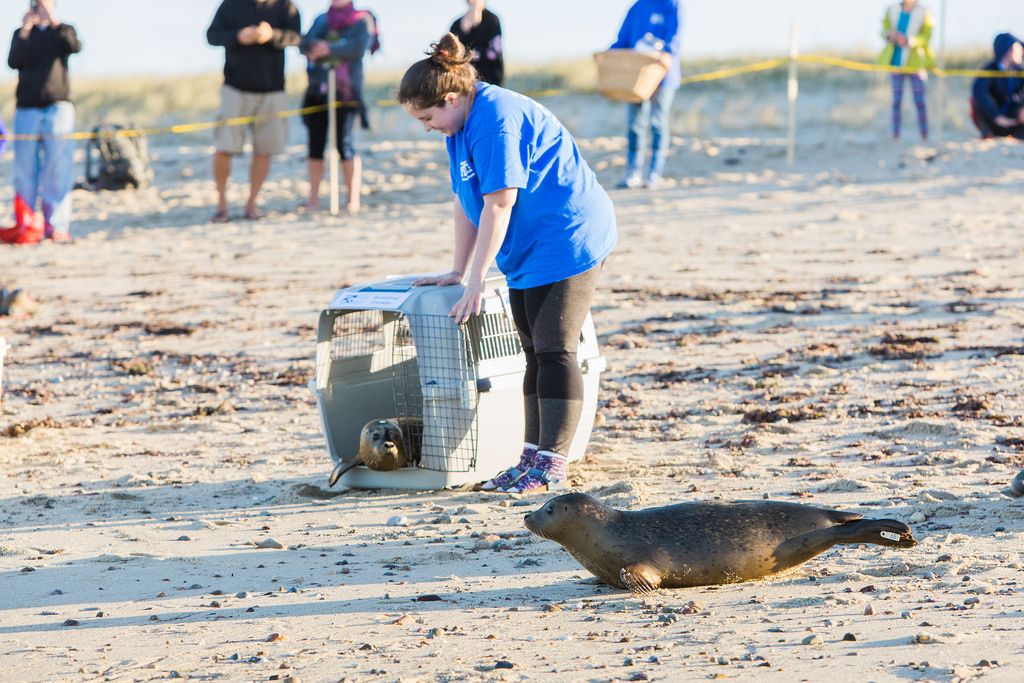 Far from the middle of a Maine road, the pup Rosealind Franklin makes her way back to sea from a Massachusetts beach.National Marine Life Center

Imagine finding a distressed animal on the beach. You’ve probably seen a sick seabird at some point, huddled on the wet sand, unmoving but alive. What should you do?

Don’t just gawk, said Michelle Bellizzi, the response services manager for International Bird Rescue in Fairfield, California. “Birds that live out in the ocean, if they end up on the beach, they’re probably in trouble,” she said. Grab a phone, and call a wildlife rehabilitation center.

Use the National Wildlife Rehabilitator’s Association to find facilities and telephone numbers in the U.S. When you call, the center may ask you to go get the bird. “Most wildlife rehabs run on volunteer power,” Bellizzi explained. “We don’t have the funding to go out and pick up animals. We rely on people to bring the animals to us.” If that’s the case, Bellizzi suggested tossing a towel or shirt over the bird before picking it up, to avoid its sharp bill and claws. 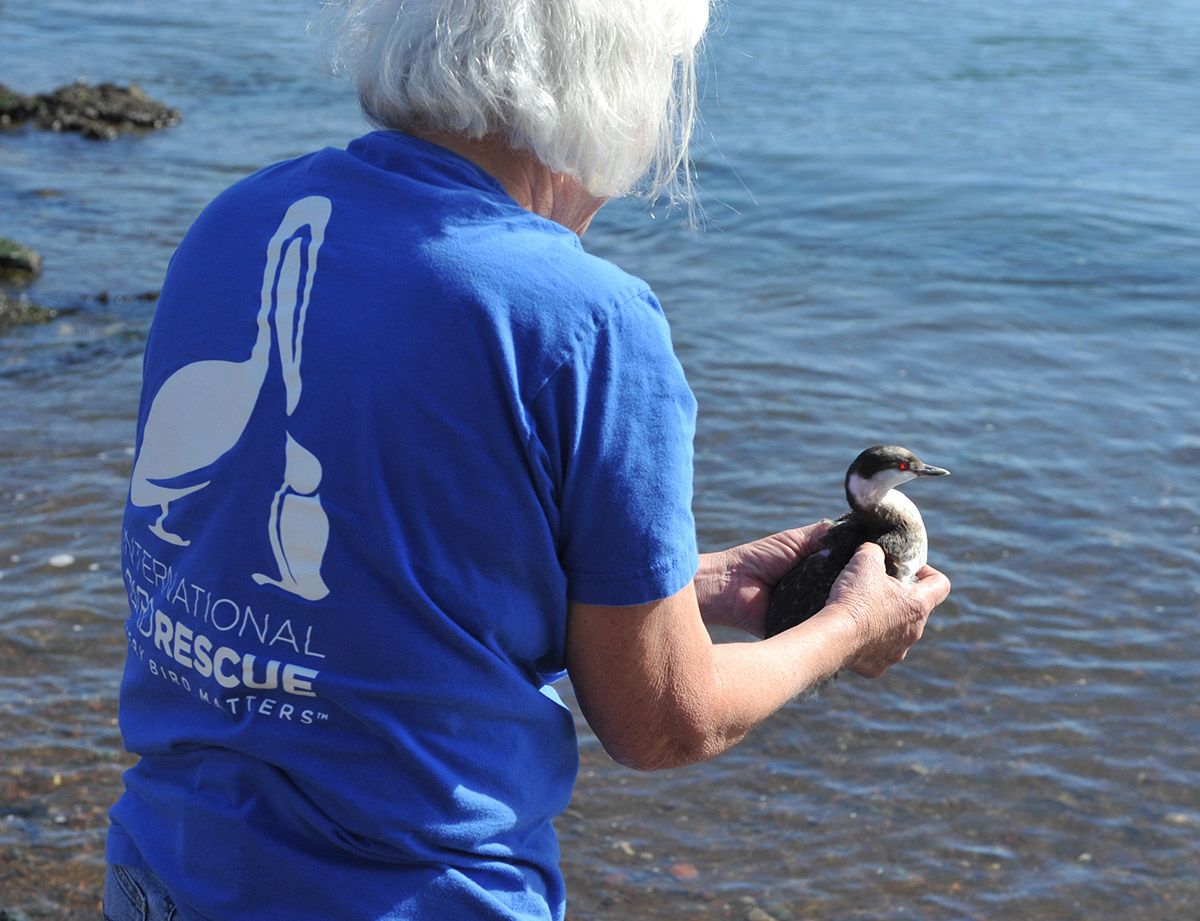 A patient is released in Northern California, after it was rescued, covered in oil.International Bird Rescue

Never approach a whale, dolphin, seal or sea lion. Marine mammals are legally protected. It’s against the law to mess with them, even if you’re trying to help. Seals and sea lions come ashore for a variety of reasons, and sometimes they’re not sick at all. Seals need help, Seton said, when they’re obviously injured or in distress. The best thing to do if you see a marine mammal that doesn’t look quite right, is to call a stranding center, she added. Google the National Oceanic and Atmospheric Administration’s national stranding network for a list of centers and telephone numbers across the U.S. In 2016, the network responded to more than 2,500 strandings across the country, according to their national database.

Seton’s lab is part of that network. Allied Whale gets about 130 calls a year, she said, as one of two Maine organizations that responds to beached marine mammals. “We look after midcoast up to Canada, with our dented coastline and islands,” Seton said. Coastal states each have their own sets of first responders. If there’s no stranding center close by, animal control, police, fire departments, the coast guard, lifeguards or the harbormaster are good starting points too. Having contact numbers on hand is one of the best ways you can prepare to help a beached animal in trouble, said Jennifer Dittmar, who oversees animal rescue at the National Aquarium in Baltimore. 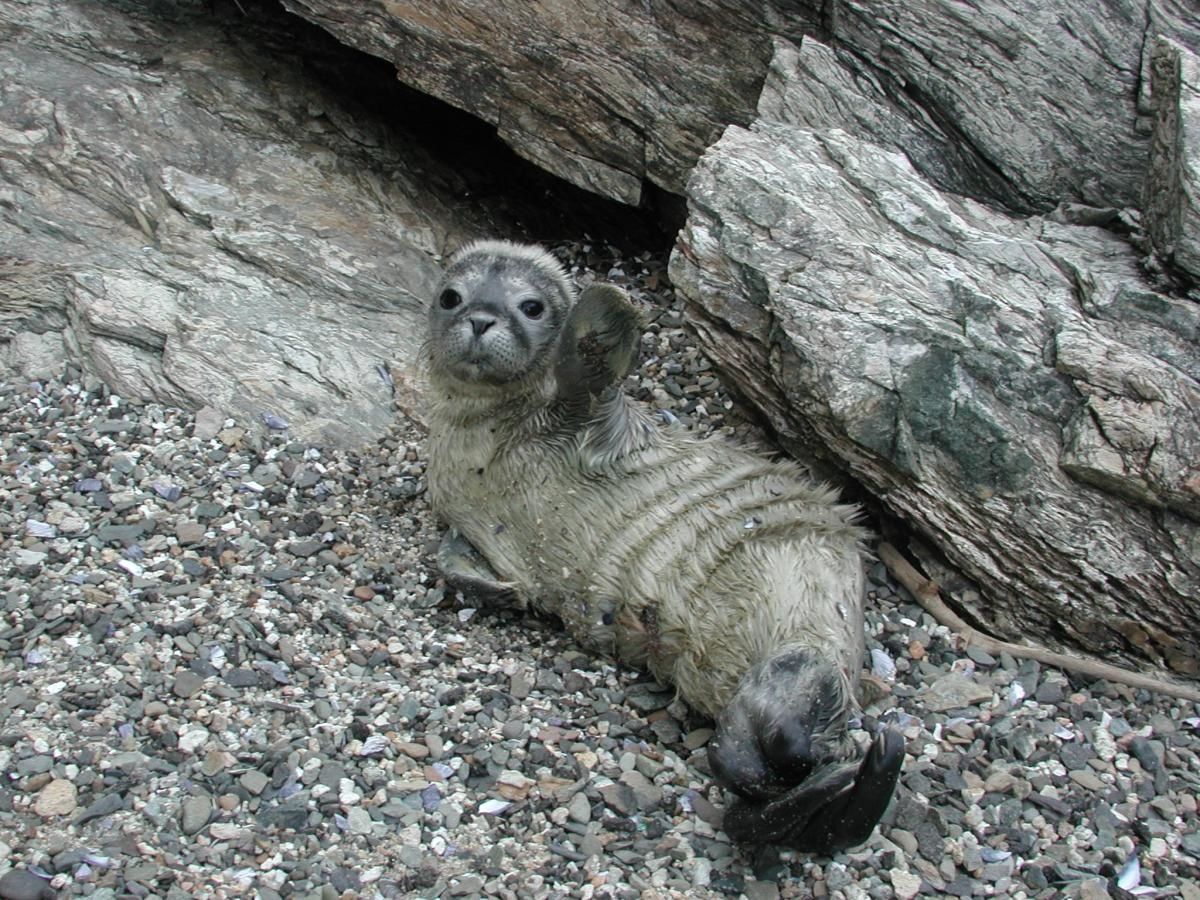 Rufus, a premature harbor seal pup, covered in his lanugo, a birth coat normally shed in the womb. He was rescued in Maine in 2005.Allied Whale Marine Mammal Research Lab, College of the Atlantic

When a call comes in, Seton hops in the truck. If a seal is far up the coast, she sometimes asks the caller to keep an eye on it until help arrives. Good Samaritans occasionally overstep. “One woman, she brought a seal in and put it on her bathroom floor,” Seton remembered, chuckling. “I just said, you really need to disinfect your floor.”

Once Seton gets to a pup, if it needs help, she “makes a seal burrito” by carefully wrapping a towel around the animal, and folding in its flippers. She drives rescues down to Marine Mammals of Maine, where they get a checkup. From there, seals go to the National Marine Life Center in Buzzards Bay, Massachusetts, or to the Mystic Aquarium in Connecticut for rehabilitation.

As for the pup in the middle of the road, she returned to the ocean last October, after a stay at the National Marine Life Center. In Massachusetts, the pup got a clean bill of health and a new name, “Rosealind Franklin,” after the often-overlooked chemist whose research led to the discovery of DNA’s molecular structure. 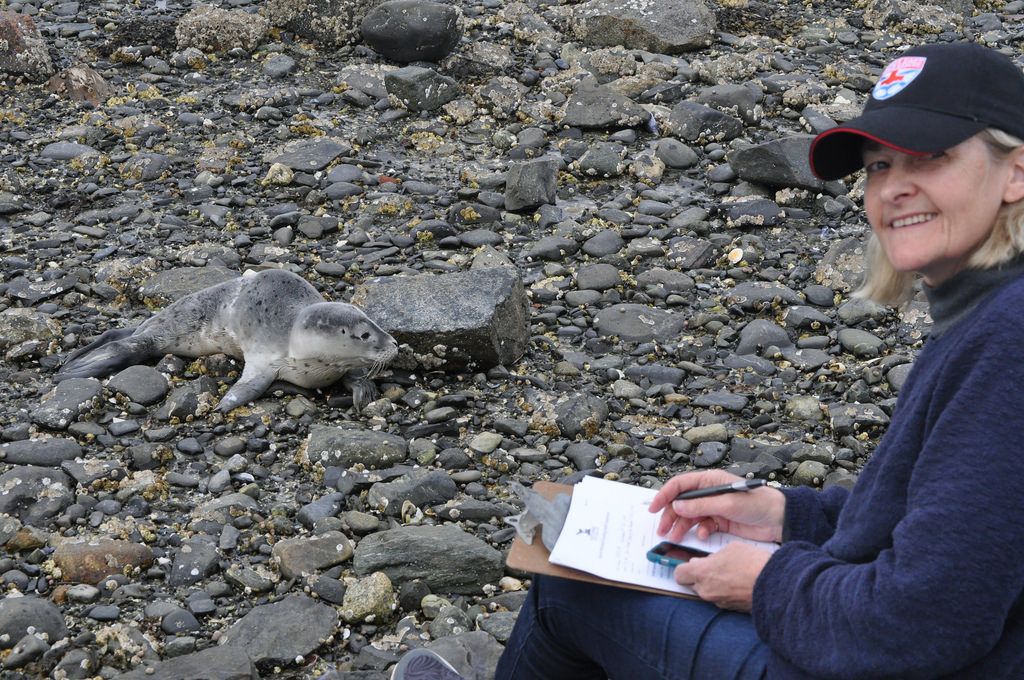 Seal pups and other stranded wildlife have a lifeline in wildlife rescuers and rehabilitators. You can help them too, Seton said, by knowing who to call. “If you see a seal,” she explained, “instead of feeling helpless, at least you’ve got some tools in your toolkit.”