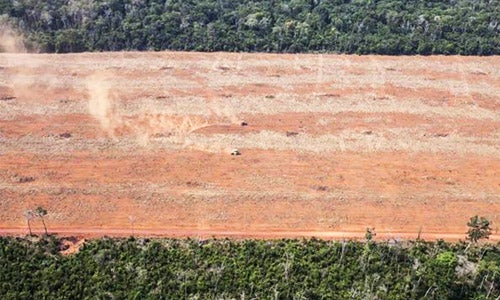 Can going meatless once a week change the course of our rainforests?

Let’s look at what, why and how. Today, the raising of livestock uses 30 percent of the Earth’s total land surface. And every hour, rainforests the size of 4,000 football fields are being destroyed, most of it for beef production. Plus, the raising of cattle further damages the soil—about 20 percent of pastures (and even higher for dry lands) are degraded through overgrazing and erosion. 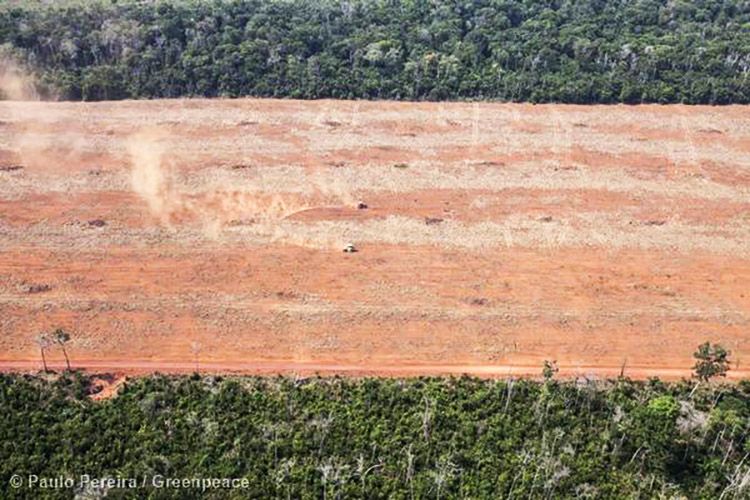 A deforested area is prepared for planting. During an overflight to monitor the northern state of Mato Grosso, Greenpeace identify farms with evidence of recent deforestation, caused by soy production and cattle raising. Photo credit: Paulo Pereira / Greenpeace

We simply can’t afford to lose our rainforests. They produce our clean air, balance the climate and protect water cycles. Our rainforests are also home to thousands of valuable medicinal plants, many of which are used in modern medicine today. Truly priceless is the culture and wisdom of native peoples who have lived in the rainforests for thousands of years. Livestock displaces them.

Simple truth: As the world population explodes and the demand for meat grows, more and more rainforest will be destroyed. But it’s not out of our hands. You can take one very important step. Just go meatless one day a week.

Why? Because for each hamburger you exchange for a delicious meat-free dish like our Pasta Primavera, you save 55 square feet of tropical rainforest.

Peggy Neu, president of the Monday campaigns, reminds us that Meatless Monday has its roots in World War I and II, when Americans were asked to help conserve key staples to aid the war effort. Today, our “cut out meat one day a week” program is active in 40 countries and growing. Activists like actor Mark Ruffalo, Sir Paul McCartney, Sir Richard Branson and many international cooking stars like Giada De Laurentiis and Mario Batali have jumped on board.

Join with all of us on Meatless Monday and watch our food choices change the future.