How to Drink Responsibly 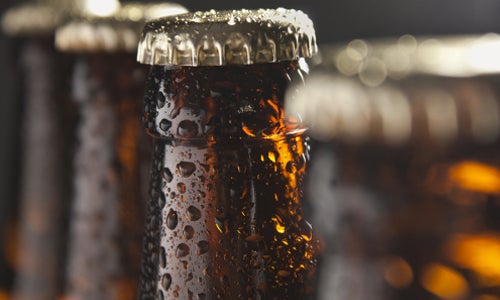 Probably the first thing you think about when you settle in at the bar and order your favorite beer is not “How is this impacting the climate?” 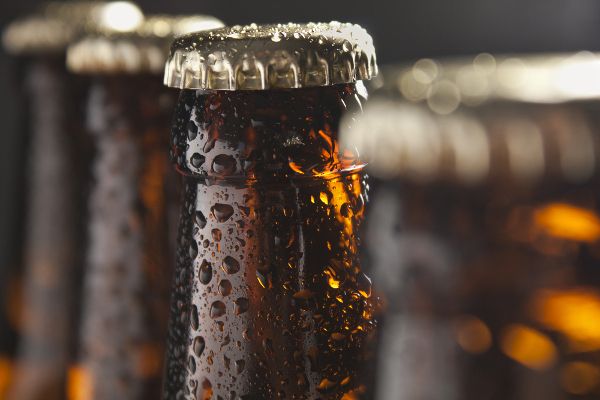 More and more eco-friendly beers are on the market each year.

But a lot of beer makers are thinking about it. Eco-friendly beer is an idea whose time has come, mostly among all those craft microbreweries that have popped up everywhere in the last 15 or 20 years. But even some larger beer manufacturers are thinking about how to make a greener product—and we don’t mean the dyed beer some of you will be consuming on St. Patrick’s Day.

An eco-friendly brewery recycles and conserves water and uses non-GMO, organic ingredients sourced locally—and nothing more than pure water, hops, malt and yeast. Commercial beers often contain additives such as sugar, high fructose corn syrup and artificial coloring, something that blogger Food Babe has been on a campaign to expose for a couple years. She recently announced that Heineken has agreed to remove caramel coloring class IV, an ingredient linked to cancer, from its beers.

The San Francisco-based Good Food Awards, now in their fifth year, honor those who “push their industries towards craftsmanship and sustainability while enhancing our agricultural landscape and building strong communities” in a variety of food and beverage categories. The 2015 beer & cider awards cited 14 breweries from Vermont (which had two entries) to California (which had three). Other winners came from Tennessee, Washington DC, Washington state, Oregon, Texas, Wisconsin, Virginia and Pennsylvania. 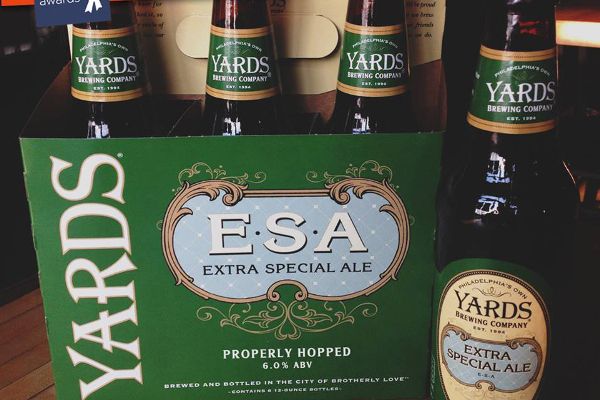 Many of those breweries go beyond practicing sustainability in what goes into their beer. Philadelphia’s 20-year-old Yards Brewing Company sources all its power entirely off the grid.

“Sustainability plays a major role in the day-to-day operations at Yards,” they say. “We’re Pennsylvania’s first 100 percent wind-powered brewery and our cardboard packaging is certified by the Sustainable Forestry Initiative. Additionally, our brewhouse collects and reuses 2 million gallons of water per year.” They also send their sent grain to local farms to use as feed, a common practice among eco-minded breweries. 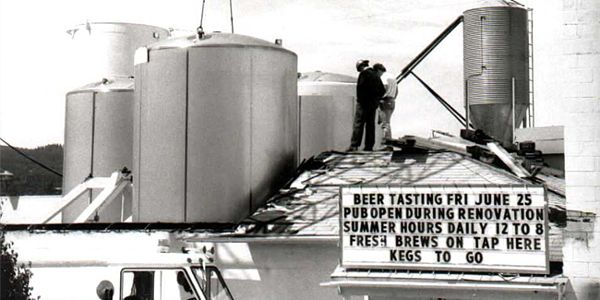 Full Sail Brewery, an employee-owned company, is located in a formerly abandoned cannery in Hood River, Oregon. Recycling a building was only the first of its many sustainable practices.

“We often look out over the mighty Columbia River and the snow-capped volcano peaks beyond, and up at the clear blue skies, and have to pinch ourselves for being so lucky to work in a magnificent place like Hood River, Oregon,” they say. “Our love for the environment is what drives our sustainable practices, so pure water, local ingredients and responsible processes are poured into each and every tasty pint.”

That includes working with local farmers to produce non-GMO malt and hops and reducing water consumption by more than four million gallons a year though its water reduction program, its water treatment plant and its hot water recovery system. It even conserves energy by working a four-day week.

Whichever one you sample, you can be assured that it’s not only free from potential harmful chemicals but that it was produced with the health of the planet in mind.

Are There GMOs in Your Favorite Beer?