How to Drink a 'Green' Beer on St. Patrick’s Day 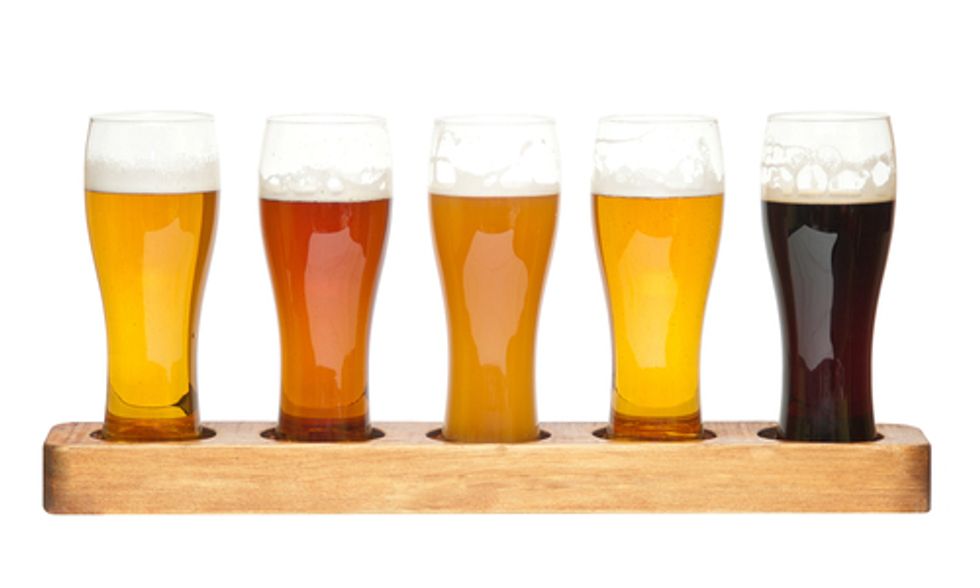 Your St. Patty’s Day beer may be tinted an amusing and pretty shade of green this week, but have you ever considered how eco-friendly and sustainable your beloved brewskies really are? If you want to ensure you’re maintaining your environmentalist credentials while hoisting a few brews, keep these considerations in mind:

Keg, Can or Bottle?

The keg is king. Besides being handy for large gatherings, rented beer kegs are reused about twice a month or 22 times a year. Kegs are durable enough to last two decades. Using them means that about 58,000 fewer beer cans and bottles get tossed into the trash every year.

Even in a restaurant or bar, beer on tap from a keg is almost always the more eco-friendly choice than from an individual bottle or can. This is true even after taking into account the need to truck the beer from brewery to bar, as well as the need to wash the glasses.

The Bottle vs. The Can

If your choices are limited to bottled or canned beer, your instinct might be to choose a bottle. They can be washed and reused, so they seem to be the greener choice, right? Not so fast. This is a subject of some debate.

“Generally speaking, every time you drink a can of beer and you recycle it, some part of that can will be back up in a shop within the next 60 days,” Kim Moratta, MillerCoors’ director of social sustainability, told OPB.org. “The other part that’s interesting is that if you make a can out of recycled content, it requires 95 percent less energy.”

Fans of the bottle, however, say that if you consider a container’s entire life cycle and the manner in which it is made, bottles clearly win. In part, this is because most of the bauxite required to manufacture aluminum cans comes from environmentally damaging mining operations in Jamaica, Guinea and Australia.

No clear winner here, then, which is why drinking locally produced beer winds up a greener choice than either bottles or cans.

If your goal is reducing the carbon footprint of the beer you drink, choose locally brewed beverages. Many craft brewers now source their hops and grain locally, reducing the pollution that inevitably results from shipping beer ingredients across the country or around the globe.

Look for craft brewers who go the extra mile to respect the environment in ways like these:

Now that you have the facts, get out there and enjoy a few eco-friendly beers. Remember to drink responsibly, designate a driver and minimize your impact on Mother Nature.