How to Achieve Ambitious Sustainability Goals at the City Level 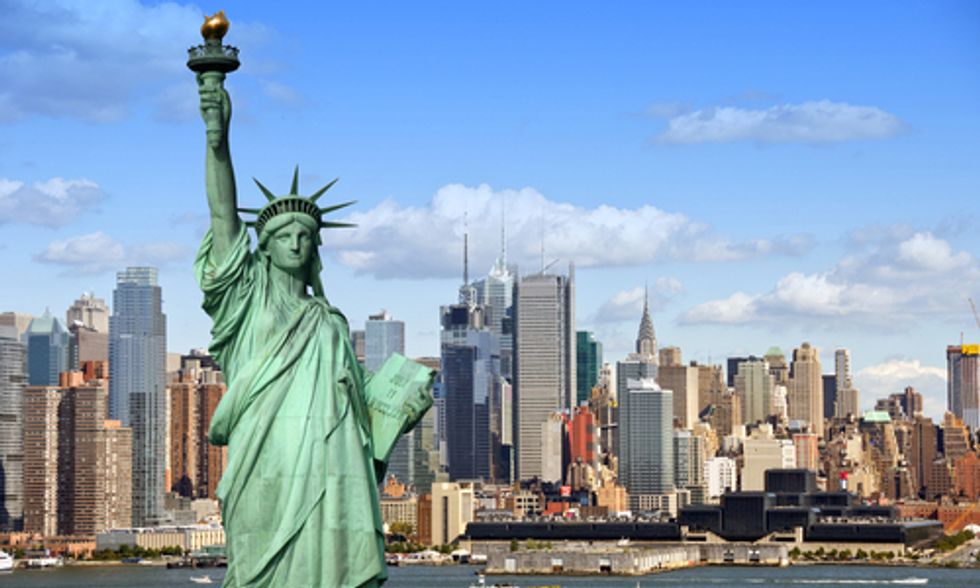 Have you ever wondered about how sustainability plans develop within local government? Michael Freedman-Schnapp, director of the New York City Council’s Policy & Innovation Division, recently spoke with students about this topic at a Sustainable Development Speaker Series event. Freedman-Schnapp guided undergraduate and graduate students through the city’s various plans to achieve its ambitious sustainable development goal. He explained how strategic planning plays a critical role in ensuring the success of a city’s sustainability efforts, and how, thanks in part to the replacement of coal-based power plants with natural gas-based ones, a 19 percent reduction in carbon emissions has been achieved. This accomplishment is well ahead of the previous goal to reach a 30 percent reduction by 2030. The goal has been updated to an 80 percent reduction by 2050.

Freedman-Schnapp talked about an energy efficiency component of PlaNYC—called “Greener, Greater Buildings“—which has helped the city to proactively identify energy waste in its existing structures, many of which are unique to New York City. “We have a whole bunch of buildings that just don’t exist elsewhere, some with a million square feet of space, including lots of high density residential buildings,” Freedman-Schnapp said.

He also discussed some of the strategies that can help to mitigate climate change impacts at the local level, but explained that action must also be taken on a global scale. Some examples of actions that can be taken on the local level include redefining land use, updating building codes to include more adequate insulation factors, refurbishing windows, etc. Since transportation is an important sustainability driver, particularly in cities, encouraging biking and mass transit use can also generate a positive environmental impact. Focusing on strategies at the local level means municipalities can address issues that otherwise wouldn’t be addressed at the state or federal level.

Students were curious about whether the City Council compares benchmarks against other cities such as Seattle, Portland, Chicago, Los Angeles, Boston and Washington, D.C. (it does), and discussed  controversial proposals such as the imposition of a 10-cent paper and plastic bag fee.

Sustainable Development through the Lens of New York City Government was just one of many topics covered by the Undergraduate Program in Sustainable Development’s speaker series during the fall 2014 semester. To see a full list of our past speakers, visit the events section of our website. You will also find a list of upcoming speakers for the spring 2015 semester at the events section.

Students in the MPA in Environmental Science and Policy program enroll in a year-long, 54-credit program offered at Columbia University’s School of International and Public Affairs, in partnership with the Earth Institute.

Since it began in 2002, the MPA in Environmental Science and Policy program has given students the hands-on experience, and the analytical and decision-making tools to implement effective environmental and sustainable management policies. The program’s 682 graduates have advanced to jobs in domestic and international environmental policy, working in government, private and non-profit sectors. Their work involves issues of sustainability, resource use and global change, in fields focused on air, water, climate, energy efficiency, food, agriculture, transportation and waste management. They work as consultants, advisers, project managers, program directors, policy analysts, teachers, researchers and environmental scientists and engineers.