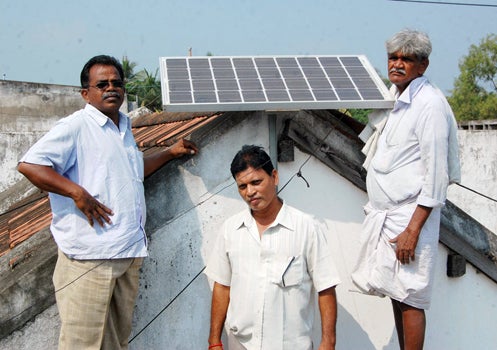 Building a movement around climate change requires fighting the strong forces of fossil fuel power. People’s movements world over are taking to creative forms of protest in challenging the status quo.

India has a history of peoples movements that have taken on big infrastructure projects impacting their way of life, and coal mines and power plants are a major driver behind a lot of these struggles in the country. The reasons are obvious given the hugely destructive impacts of coal on peoples health, livelihoods and environment. From hunger strikes to dharnasto foot marches, impacted communities have worked with little resources to varying effects.

But unlike many protests against coal in India, a very unique approach has been adopted by organizers in the remote village of Sompeta in the state of Andhra Pradesh. The locals have been fighting a proposed thermal power plant (2,600 MW) over the last three years. An indefinite relay hunger strike has been on for the last 1,060 days where individuals from the village take turns to go on a full day fast! In 2010, a police firing on the protesting crowds led to the death of three innocent villagers which sparked a major debate in the state assembly. The plant has since been put on hold but the Government order (GO 1107) is yet to be revoked to ensure the village lands will not be grabbed. 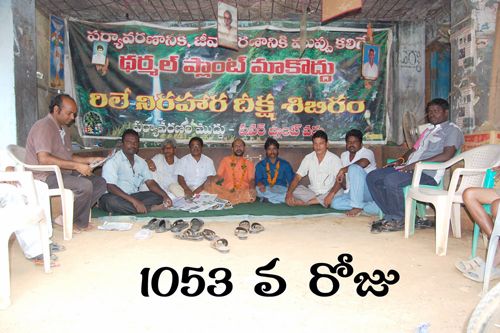 Over the last six months, the villagers have turned to solar energy to answer their energy needs. Defeating the logic that coal is a necessity to power their homes, solar energy has come as a boon to the villagers. One hundred and sixty families have adopted solar and after witnessing a dramatic drop in their electricity bills, nearly 2,000 families are signed up to go solar in the coming months. With banks offering loans and small subsidies from the state government, locals are adopting solar energy at a remarkable pace. 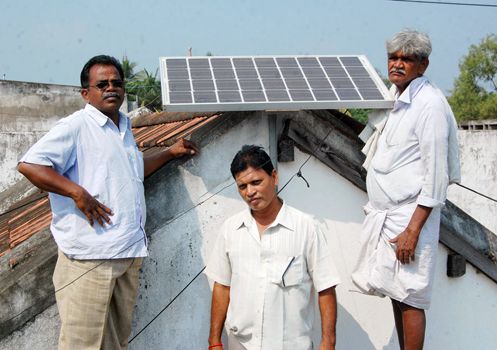 Speaking to one of the local organizers Dhilli Rao had this to say, “We have plans for a 1 MW solar plant to power the entire village. We are talking to different solar companies to install it. Opposing a power plant does not mean we are against development, our interest in solar energy shows we can develop without a risk to environment.”

Sompeta is an example that villages across the country can emulate. With the right policies and ambition in place, we can ensure that the new energy needs of a rapidly growing India can be met by renewable sources of energy.