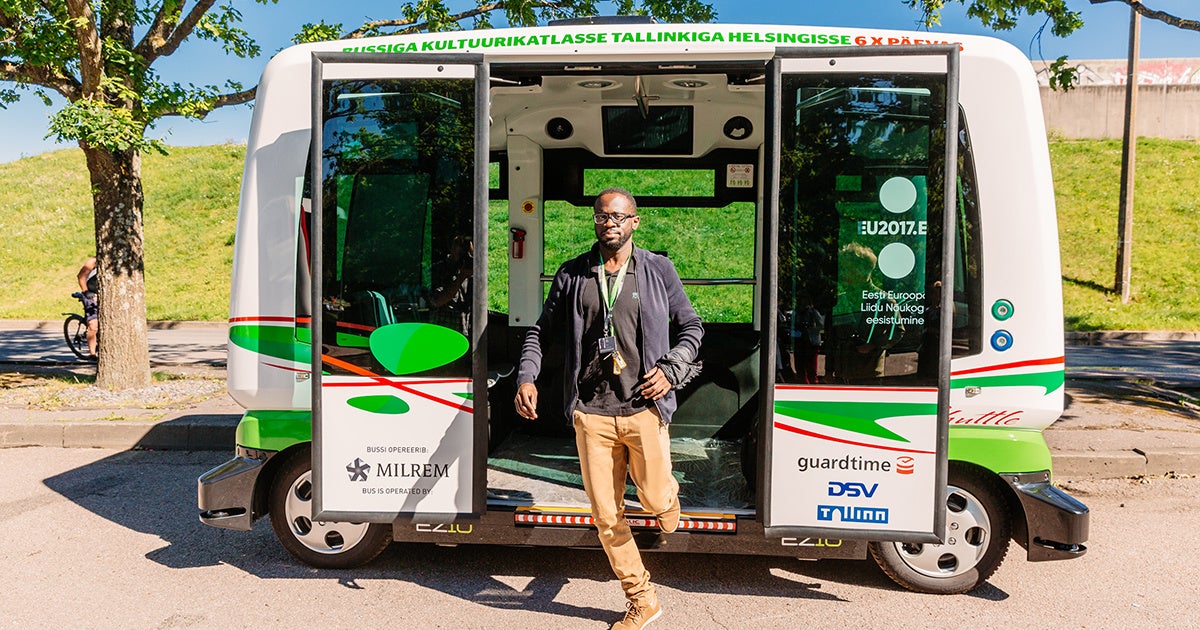 Everyone’s talking about self-driving, autonomous vehicles these days. Late last year General Motors announced that it will shut down production of several conventional car lines, partly to pour resources into its self-driving car unit, and GM is just one of many companies ramping up such efforts, alongside Google, Tesla, Uber and a slew of others. But what kind of transportation future will this autonomous vehicle revolution bring? And who will it benefit? In a country with an increasing divide between rich and poor, what will this whiz-bang technology mean for marginalized groups such as the poor, people of color, the elderly and those with disabilities?

Some observers have imagined a sort of transportation heaven—no more space wasted on parking, less smog, easier commutes and cleaner air as the autonomous fleet electrifies. More realistically, other writers have argued we face a heaven or hell choice, with many possible downsides. While the spotlight has been fixated on the shiny new technology itself, what has been largely hidden in the shadows is how self-driving vehicles will impact our most marginalized people. Depending on how self-driving cars are deployed, we could see a growing mobility divide between haves and have-nots—an alarming prospect in places where soaring housing prices are already pushing low- and moderate-income residents farther away from their jobs and into long, punishing commutes. But this mobility divide has enormous implications beyond just commute times.

Access to mobility is the key that unlocks economic opportunity, education, health care and a better quality of life for Americans, so we should all be concerned. A Harvard study found that a person’s commute time is the single greatest factor in their ability to pull themselves out of poverty and up the economic ladder. And for low-income households, a chronic lack of affordable and reliable transportation options remains an insurmountable barrier to improving their lives.

Our car-centric culture and infrastructure contribute to economic inequality. While survey data have varied over the years, available figures consistently show that lower-income Americans spend a higher percentage of their income on transportation than the wealthy do. Those who can’t afford their own vehicles struggle to get around on underfunded public transit or unsafe sidewalks and bike lanes. It’s a strong possibility that the rise of driverless vehicles will only widen these disparities: Those with lots of money will lounge in the comfort of their personal self-driving cars while everyone else is stuck in increasing gridlock or on deteriorating public transit. If we make it too easy for people to own self-driving cars, this will only further entrench everyone in a transportation hell of bumper-to-bumper traffic. And while congestion is an irritating inconvenience to all of us, marginalized people will be hurt the most by deteriorating public transit, a loss of driving jobs and a transportation system that prioritizes cars over people. We need to get this right.

At The Greenlining Institute, we’ve just done the first analysis to look in detail at the social equity implications of the coming transportation revolution, especially for those who are too often ignored in transportation planning, like people of color, low-income folks and residents of rural communities. The best answer, we found, lies in what are sometimes called FAVES: fleets of autonomous vehicles that are electric and shared. FAVES lets us connect self-driving technology to the two other big changes now revolutionizing transportation: electrification and the proliferation of shared-mobility services, including Uber and Lyft, as well as many alternatives.

FAVES, deployed correctly and in tandem with increased walking, biking and public transit, can be the “magic bullet” that improves mobility for people at all income levels, cuts pollution and greenhouse gases, and helps make cities more livable. This isn’t some futuristic fantasy; FAVES are already here. A multitude of companies are operational, such as Transdev, which has transported 3.5 million people in their electric self-driving shuttles.

But even FAVES won’t have these positive social equity and environmental effects if we leave essential decisions to the marketplace. Left alone, companies will do just what you’d expect: cater to customers with disposable income and ignore the broader implications for communities and for marginalized folks. We’ve already seen glimpses of what a “hell” future might entail, with evidence suggesting that ride-hailing services like Uber and Lyft have cut into transit ridership and increased traffic congestion in some urban areas. Without oversight, what would prevent transportation companies from ditching their drivers for robots to double their profits? We can’t allow the private sector to dictate the terms of this transportation revolution. We have to demand that self-driving vehicle technology fits into a vision of a fair transportation system that reduces pollution and contributions to climate change, and doesn’t just leave those with driving jobs in the dust.

For the coming transportation revolution to truly benefit all, we’ll need strong regulations to, among other things:

We must demand that government at all levels increase investments in walking, biking and public transit infrastructure. Building more car-oriented infrastructure has never been the solution to our congested, polluted and unjust transportation system. Self-driving cars are only the latest distraction from what real innovation would look like in American transportation. A real transportation revolution would transform our cities into clean, vibrant places that are designed for people to live, work, and thrive—not de facto parking lots for their cars.

We have a unique opportunity to create a transportation system that prioritizes moving people over cars. If we get it right, the coming transportation revolution can be a vehicle to help fix transportation injustices while contributing to better mobility, more livable communities and greater economic prosperity for all.

Hana Creger is Environmental Equity Program Manager at the Greenlining Institute. She is lead author of the 2019 report “Autonomous Vehicle Heaven or Hell? Creating a Transportation Revolution that Benefits All.”