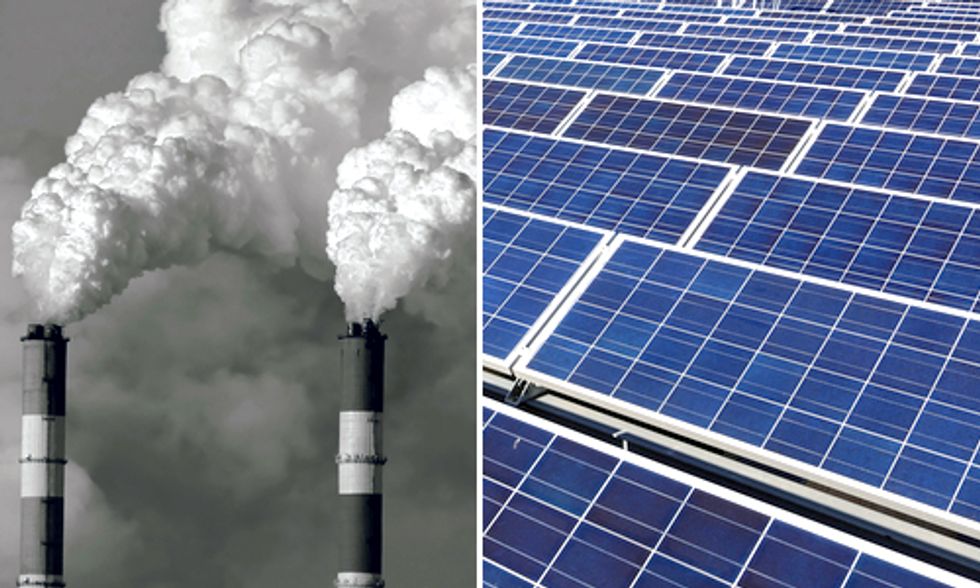 Last January, I wrote an op-ed for the New York Times—If You See Something, Say Something—about my feelings of duty as a climate scientist to engage with the public. I hoped it would help other scientists feel more comfortable speaking out to the public about the dangers of a world warmed by human emissions.

Ninety-seven percent of climate scientists agree that climate change is here and now, that this means we risk abrupt and irreversible changes to the climate, and the sooner we act, the lower the costs and risks we face.
Photo credit: Shutterstock

Little did I know that exactly two months later, the largest scientific organization in the world and publisher of the leading academic journal Science would launch an initiative aimed at doing just that—move the conversation forward by telling Americans “What We Know.” It boils down to three main points—97 percent of climate scientists agree that climate change is here and now, that this means we risk abrupt and irreversible changes to the climate, and the sooner we act, the lower the costs and risks we face.

The focus of this initiative of the American Association for the Advancement of Science (AAAS) is to help Americans understand climate change, but also to inform us of some of the less probable but more painful risks we face by our continued inaction. By consulting with economists, the report was able to address the fact that the sooner we take action, the lower the cost and the less risk we face.

That last point is one that warrants a little unpacking. While climate contrarians have suggested for the past few decades that we take a “wait and see” approach, legitimate scientists work hard to tease out the influence of climate change on the frequency and magnitude of extreme weather events.

This detective work of pinning down exact contributions of humans is known as attribution, as in “exactly how much climate change can we attribute to humans?” Originally this question was very important, as its answer determined if mankind was responsible for warming. Thanks to decades of research, we know that humans are to blame with the same certainty that smoking and cancer are linked. Attribution studies continue though, as some scientists seek to pin down attribution of specific extreme weather events. The thinking, I suppose, is that only if we can say a particular event was 100 percent caused by climate change, can we meaningfully talk about the impact that climate change is having on extreme events. I am unconvinced, however, that this is an especially useful way of looking at how climate change is impacting weather extremes. It is a bit like trying to prove that a particular home run hit by a baseball player on steroids was due to the steroids. It’s asking the wrong question.

And this latest report shows us that the contrarian “wait and see” is not a prudent course of action, and that we don’t have time to work out exactly how much more dangerous and destructive certain types of extreme events (heat waves, prolonged drought, and superstorms) are being made by our escalating CO2 emissions. You don’t wait to see if the fire will spread through the whole building to attempt to extinguish the flame. You don’t wait until after you get into a car accident to buy insurance. And you don’t wait until you’re critically ill to go to the doctor. So why would you wait for increasingly damaging climate changes to start reducing emissions?

Which brings us to the point: we need to get serious about dealing with this crisis or we risk increasingly damaging and potentially irreversible climate change impacts. The excessive equivocation all too characteristic of scientific discourse (the phenomenon that Naomi Oreskes refers to as “erring on the side of least drama”), is often inappropriately leveraged as a justification for inaction by those opposed to reducing fossil fuel usage. Nuanced language is standard and necessary in academia, but just doesn’t translate when talking to the public. As I state in the epilogue of my book The Hockey Stick and the Climate Wars:

Despite the battle scars I’ve suffered from having served on the front lines in the climate wars—and they are numerous—I remain convinced that there is nothing more noble than striving to communicate, in terms that are simultaneously accurate and accessible, the societal implications of our scientific knowledge.

So because my “see something say something” advice seems to have been heeded, let me try on a new meme: If you know it, show it. As scientists, we need to stop dancing around the point and use plain English in describing what we do know. Rather than confusing the public with obscure and often misleading science-speak, we must explain, in plain terms, the nature of what we do know: That we face great peril if we do nothing to avert the climate change crisis.

Any sober assessment of the problem demonstrates that the costs of inaction will greatly outweigh the cost of action, and the sooner we start, the easier it will be to transition to a clean energy economy. Precisely what policy measures we should pursue to encourage that transition is a worthy matter of debate. But we cannot, and should not, continue to pretend that inaction is a viable strategy.

Since we know that climate change poses a real threat to us, what are we going to do about it? Do we want to be a leader in the transition to a clean energy economy, much as it was a leader in fossil fuel energy revolution of the 1800s? Or do we want to take the “wait and see” approach, knowing that doing so not only risks our climate, but also our country's economic position in the race to a future powered by clean energy? It really is that stark a decision that we face. Let’s make the right choice.