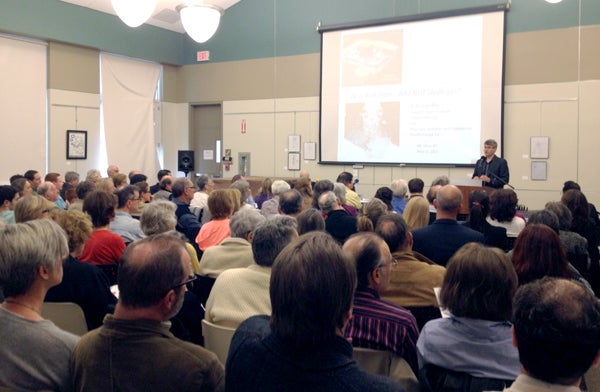 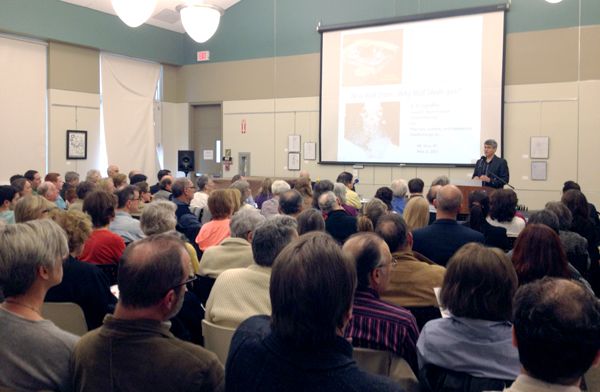 They demonstrated how this translates into job growth, reduction of greenhouse gas emissions, energy independence and security, improved water and air quality, protection of public health, lower health care costs and stabilization of energy costs. This game-changing plan would not only fast-track renewable energy, but would also reduce New York’s electric power demand by 37 percent. The program was moderated by Paul Gallay, president of Riverkeeper and Hudson Riverkeeper.

There was a palpable sense of urgency among forum attendees to replace fossil fuels with renewable energy resources. This was further heightened by the National Oceanic and Atmospheric Administration’s new report concerning the carbon dioxide monitoring station’s recorded daily mean atmospheric concentrations of carbon dioxide passing 400 parts per million on Thursday, May 9. These are the highest levels found on earth in over three million years. The “safe” level of carbon dioxide in the atmosphere had been pegged at 350 parts per million.

“This is an opportunity for the state of New York to take the lead, not only among the U.S. but also among nations to be at the forefront of reducing human mortality due to air pollution, reducing global warming emissions, providing stabile and affordable energy prices far into the future and increasing jobs for its citizens,” said Dr. Jacobson, professor of civil and environmental engineering, as well as the director of Atmosphere/Energy Program at Stanford University. 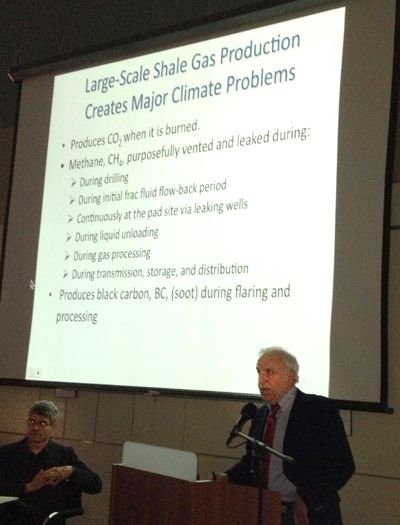 “New Yorkers can be confident that in saying ‘no’ to shale gas, there is a much better alternative available starting today; better for jobs, better for water and air, better for their health, better for their energy pocketbook and better for climate,” said Dr. Ingraffea, professor of engineering at Cornell University and president of Physicians, Scientists and Engineers for Healthy Energy, Inc. “Alternative energy sources are no longer ‘alternative’—they are here now, and just as real as fossil fuels.”

“Implementation of the Water, Wind and Sunlight plan will create many diverse jobs for New Yorkers and will protect existing New York industries, our communities and our public health,” said Dr. Barth of the Pepacton Institute, LLC.

At the conclusion of the forum, the audience was disappointed to learn that the authors of the study had not yet been granted an opportunity to meet with the Governor to present their groundbreaking findings. A meeting with Gov. Cuomo would be the next logical step in realizing a fossil fuel-free, renewable energy future in New York.