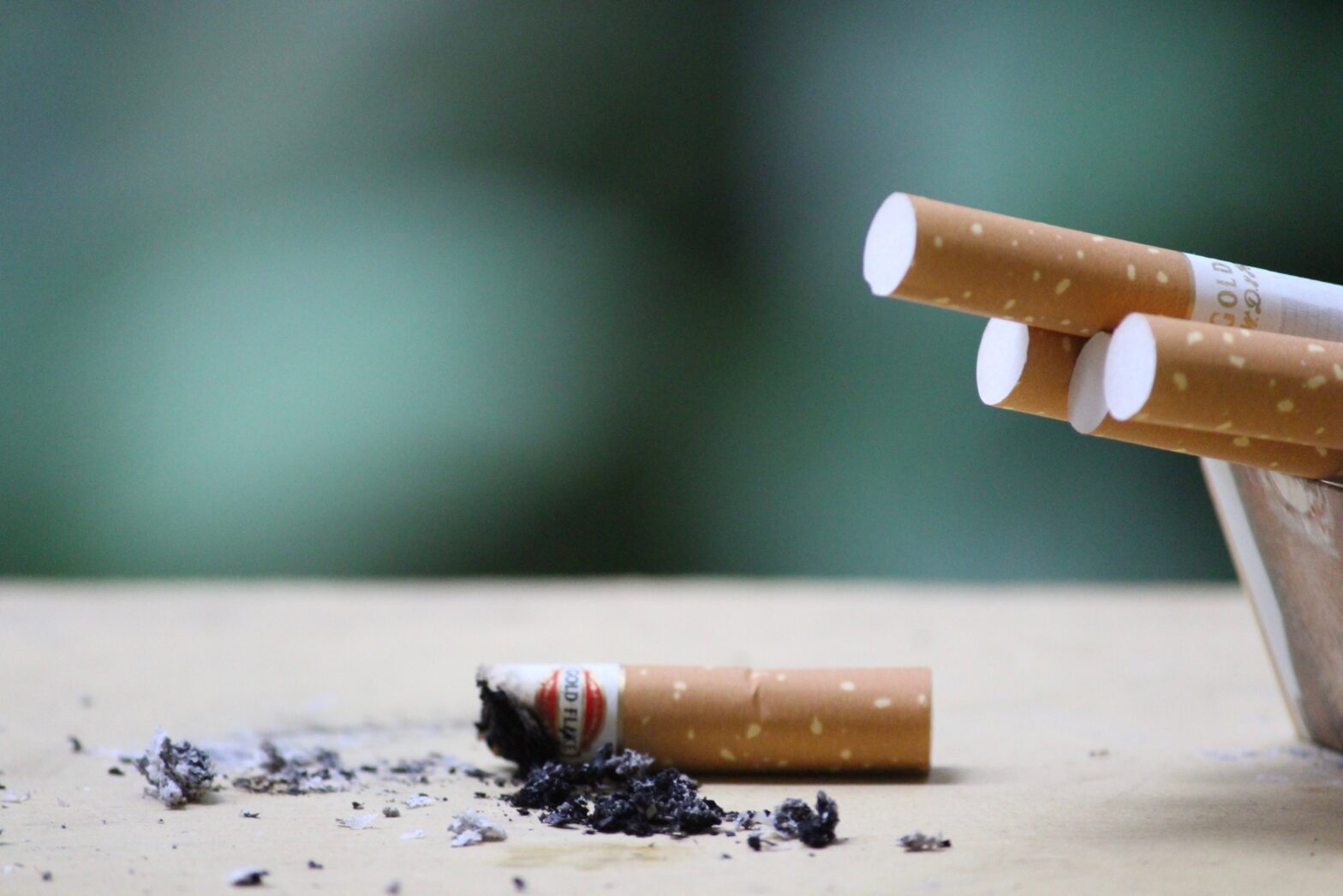 Quitting smoking now may do more than just prevent further damage to your lungs — it could jumpstart the release of healthy cells that actually repair the linings of your airways.

That’s according to a new study published in Nature by the UK’s Wellcome Trust Sanger Institute and University College London Hospital, which found that these healthy cells resemble those of people who have never smoked, even in the lungs of former long-term smokers. 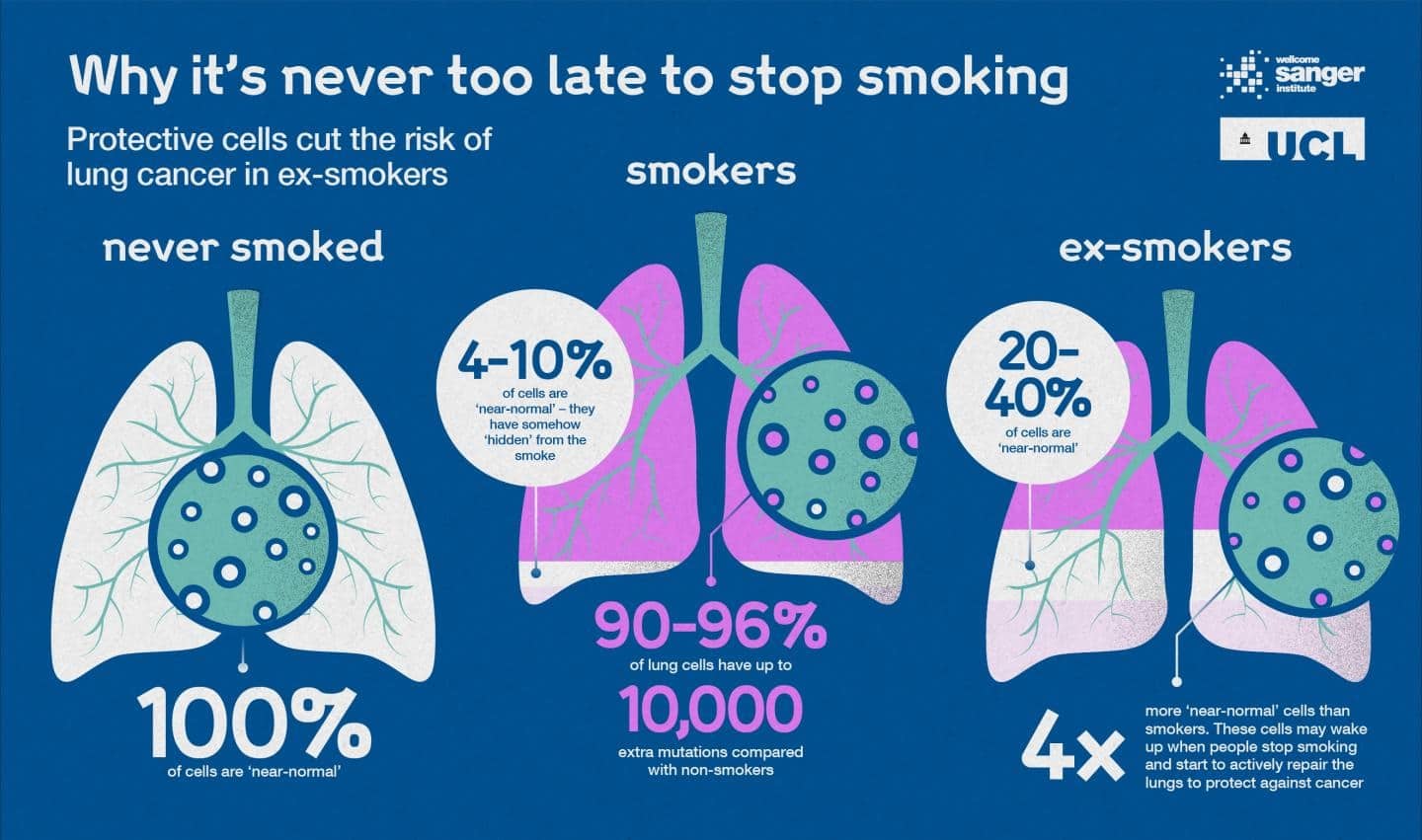 The lungs of ex-smokers contained up to four times as many genetically healthy cells than those of current smokers. The Sanger Institute / UCL

“People who have smoked heavily for 30, 40 or more years often say to me that it’s too late to stop smoking – the damage is already done,” joint senior author Dr. Peter Campbell, of the Wellcome Sanger Institute, said in a press statement.

“What is so exciting about our study is that it shows that it’s never too late to quit – some of the people in our study had smoked more than 15,000 packs of cigarettes over their life, but within a few years of quitting many of the cells lining their airways showed no evidence of damage from tobacco.”

Smoking causes up to 10,000 extra mutations in nine out of every 10 lung cells, the researchers found, including many that cause cancer. But in the former smokers the researchers examined, there were four times as many healthy cells, with up to 40 percent of their lung cells appearing no different than those in someone who has never smoked, BBC News reported.

“There is a population of cells that, kind of, magically replenish the lining of the airways,” Campbell said according to BBC News.

For the study, the researchers took lung biopsies from 16 people, including adults and children. Among them were current and former smokers, as well as those who were never smokers. They then sequenced the DNA of 632 non-cancerous cells from the samples and analyzed the patterns of mutations, the Daily Mail reported.

That said, the researchers could not identify how the healthy cells in former smokers avoided damage or what triggers their replacement of the damaged cells, AFP reported, but they believe the body may have a reservoir of these cells stored somewhere.

In a review of the study published by Nature, experts not involved in the study also said the surprising results may be due to the rather small sample size, meaning that more research is needed.

According to the American Lung Association, lung cancer is the leading cancer killer for both men and women in the U.S. An estimated 229,000 new cases will be diagnosed in 2020, even as falling smoking rates and lung cancer treatment progress recently drove the largest single-year drop in cancer deaths the nation has ever seen. Similarly, Cancer Research UK estimates that there are 47,000 cases of lung cancer diagnosed annually in the UK and 35,000 deaths.

“Our study has an important public health message and shows that it really is worth quitting smoking to reduce the risk of lung cancer,” joint author Sam Janes, of University College London Hospitals Trust, said in a press release. “Stopping smoking at any age does not just slow the accumulation of further damage, but could reawaken cells unharmed by past lifestyle choices.”

“Further research into this process could help to understand how these cells protect against cancer, and could potentially lead to new avenues of research into anti-cancer therapeutics.”

The benefits of quitting now may extend beyond the individual in other ways as well, considering that cigarette butts are the most littered item in the world, spreading toxic chemicals into the earth and water sources.