How President Obama's Budget Will Impact the Environment 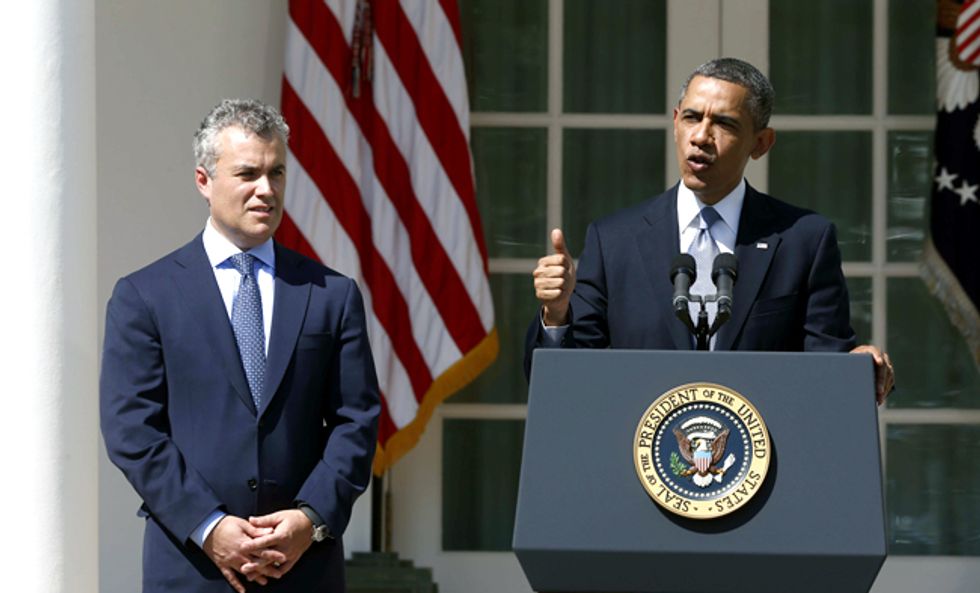 President Obama has been calling for the repeal of fossil fuel subsidy provisions since his first budget. New this year are reforms to the Department of Interior’s oil and gas management programs that would save taxpayers $1.6 billion over 10 years.

“Ending subsidies for the fossil fuel industry is an important step in avoiding the worst impacts of catastrophic climate change," said Friends of the Earth President Erich Pica.

"The president’s budget would end more than $43 billion in tax giveaways to fossil fuel companies over the next 10 years and ends another $91 billion in tax breaks that disproportionately benefit the industry.

"President Obama’s budget would also start to address the giveaway of valuable resources on public lands that happens every day. The American public wants these handouts to end. It is time for Congress to listen to the will of the people instead of special interests and end these wasteful subsidies.”

According to the Center for American Progress, the five largest oil companies—BP, Chevron, ConocoPhillips, ExxonMobil, and Shell—earned a combined total of $255 billion in 2011 and 2012, largely a result of higher oil prices. Meanwhile, these companies are producing less oil, have $72 billion in cash reserves, and are using one-quarter of their profits to buy back their own stock to enrich their largest shareholders.

These tax breaks emerged over the past 100 years to help the then-nascent industry develop, and they relieved the oil and gas industry of $466 billion in tax payments to the federal treasury between 1918 through 2009, according to DBL Investors. Now that the oil and gas industry is fully developed and mature, President Obama’s budget would end this century of largesse.

President Obama's budget also maintains support for the Great Lakes Restoration Initiative at $300 million. The program has invested more than $1 billion over the last three years to clean up toxic pollution, confront invasive species, restore habitat and prevent runoff from cities and farms.

“This budget keeps Great Lakes restoration on track," said Chad Lord, policy director for the Healing Our Waters-Great Lakes Coalition. “We applaud President Obama for his ongoing commitment to the Great Lakes Restoration Initiative and for keeping the pledge he made in his first campaign to restore America’s Great Lakes.

“This budget will maintain momentum for one of the largest restoration efforts in the nation. It underscores the commitment of the Obama Administration to restore and protect the Great Lakes. Maintaining funding for successful Great Lakes programs is a strong investment in our nation’s environment and economy.

“The budget acknowledges that restoration projects are producing results, but there is more work to do.  Great Lakes restoration continues to be a bipartisan national priority, and we look forward to working with the Obama Administration and U.S. Congress to ensure the nation continues to invest in the economic and ecological health of the Great Lakes.

“The nation cannot afford to stop protecting the Great Lakes. More than 30 million people depend on the Great Lakes for their drinking water. If we cut funding now, it will only cost more later, because projects will only get harder and more expensive the longer we wait.”

Unfortunately, not all the provisions in the Obama Administration's budget protects human health and the environment.

According to Wenonah Hauter, executive director of Food & Water Watch, "The Obama Administration’s proposed cuts to the FY 2014 budget for U.S. Department of Agriculture’s [USDA] Food Safety and Inspection Service [FSIS] pave the way for an ill-conceived proposal to remove government inspectors from slaughter facilities and turn over their responsibilities to company-paid employees.

"The Obama Administration proposed a change in regulations on Jan. 27, 2012, to implement this privatized inspection model and these budget cuts advance this aim despite hundreds of thousands of comments to the USDA opposing the proposal. Although the final rule has not been published, the proposed FY 2014 budget makes the rule a fait accompli.

“USDA has been conducting a pilot using this privatized inspection model since 1999 in 20 chicken and five turkey slaughter facilities. The department has made the argument that the remaining USDA inspectors in the plants can focus on ‘food safety’ issues leaving ‘quality’ defects for the company employees to handle. The department’s own analysis accompanying the January 2012 proposed rule revealed that Salmonella rates in the plants using the privatized model were higher in pilot plants when comparably–sized plants receiving conventional inspection.

“Food & Water Watch did its own analysis of the inspection documents from a group of the poultry plants participating in the pilot and we found that ‘quality defects,’ including visible fecal contamination, were being missed by company employees.

“More alarming is the fact that, of the poultry plants that failed the most recent round of the FSIS salmonella testing, two are part of the pilot project—Tyson Foods Establishment P7101 located in Clarksville, Arkansas, and Golden Rod Broilers Establishment P341 located in Cullman, Alabama. The pilot plants represent a disproportionate share of the all poultry plants that failed the salmonella testing. Yet, the Administration is seeing fit to move forward with an inspection model that may increase food borne illness and not reduce it.

“When the Obama Administration first proposed expanding this pilot, it estimated that the FSIS would save $90 million over three years by eliminating some 800 USDA inspector positions, and the poultry industry would stand to pad its bottom line to the tune of $260 million per year since more companies could increase line speeds to 175 birds per minute under fewer regulatory requirements. The new inspection model also poses serious threats to worker health.

“Congress should reject the Administration’s proposal. Instead, the Administration should be seeking legislative authority for FSIS to regulate foodborne pathogens in all meat and poultry plants that fall under its jurisdiction instead of letting the companies regulate themselves.”