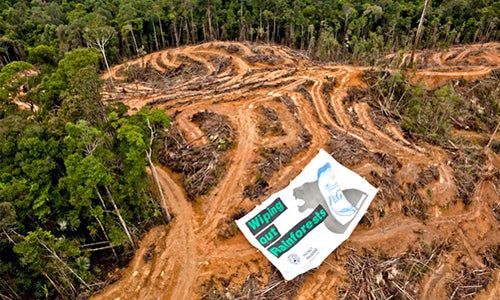 Demand for palm oil is growing—and fast. At the moment, most of it ends up in hundreds of food products—from margarine and chocolate to cream cheese and oven chips—although it’s also used in cosmetics and increasingly, for use in biodiesel. But the cost to the environment and the global climate is devastating—to feed this demand, tropical rainforests and peatlands in South East Asia are being torn up to provide land for oil palm plantations. 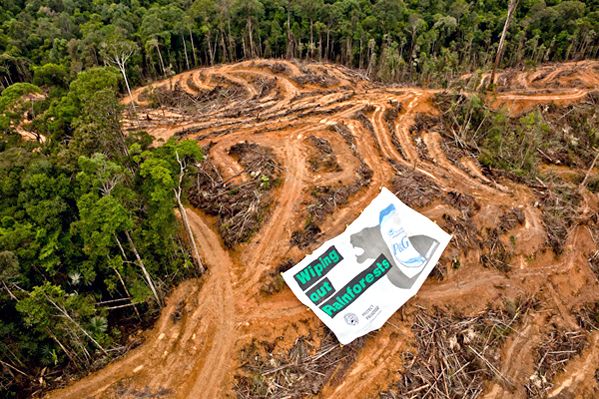 Our consumption of palm oil is rocketing: compared to levels in 2000, demand is predicted to more than double by 2030 and to triple by 2050. Over 70 percent ends up in food, but the biofuels industry is expanding rapidly. Indonesia already has 6 million hectares of oil palm plantations, but has plans for another 4 million by 2015 dedicated to biofuel production alone.

Commitments from various governments to increase the amount of biofuels being sold are pushing this rise in demand, because they’re seen as an attractive quick fix to reduce greenhouse gas emissions. By 2020, 10 percent of fuel sold in the EU will be biofuel and China expects 15 percent of its fuel to be grown in fields, while India wants 20 percent of its diesel to be biodiesel by 2012. The irony is that these attempts to reduce the impact of climate change could actually make things worse—clearing forests and draining and burning peatlands to grow palm oil will release more carbon emissions than burning fossil fuels.

But this phenomenal growth of the palm oil industry spells disaster for local communities, biodiversity and climate change as palm plantations encroach further and further into forested areas. This is happening across South East Asia, but the problem is particularly acute in Indonesia which has been named in the 2008 Guinness Book of Records as the country with fastest rate of deforestation. The country is also the third largest emitter of greenhouse gases, largely due to deforestation. 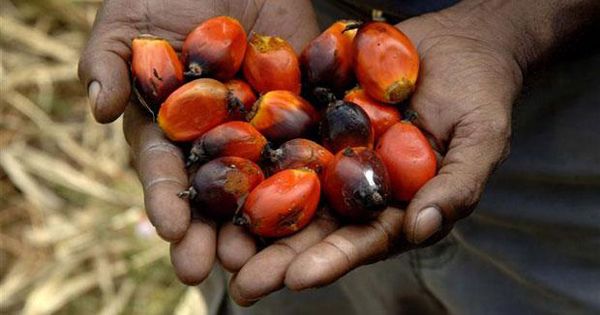 Much of the current and predicted expansion oil palm expansion in Indonesia is taking place on forested peatlands. Peat locks up huge amounts of carbon, so clearing peatlands by draining and burning them releases huge greenhouse gases. Indonesia’s peatlands, cover less than 0.1 per cent of the Earth’s surface, but are already responsible for 4 percent of global emissions every year. No less than ten million of Indonesia’s 22.5 million hectares of peatland have already been deforested and drained.