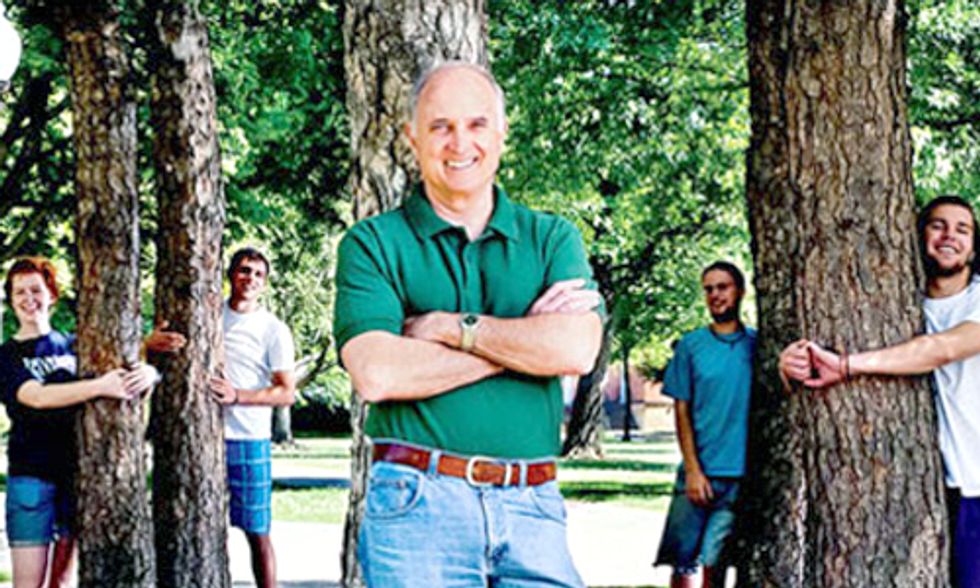 I'm honored to introduce David Orr, visionary leader of The Oberlin Project and Paul Sears Distinguished Professor of Environmental Studies and Politics at Oberlin College, at The City Club of Cleveland's Friday Forum on May 16 at Noon.

The Oberlin Project is a joint effort of the City of Oberlin, Oberlin College, and private and institutional partners to improve the resilience, prosperity and sustainability of this northwestern Ohio community with nearly 9,000 residents and 3,000 college students. The Oberlin Project, which launched in the summer of 2009, is revitalizing the local economy; eliminating carbon emissions; restoring local agriculture, food supply and forestry; and creating a new, sustainable base for economic and community development.

I'm honored to introduce David Orr, visionary of The Oberlin Project and Paul Sears Distinguished Professor of Environmental Studies and Politics at Oberlin College, at The City Club of Cleveland's Friday Forum on May 16 at Noon.

Orr is the recipient of six honorary degrees and other awards including the Millennium Leadership Award for Global Green, Bioneers Award and National Wildlife Federation National Conservation Achievement Award. His career as a scholar, teacher, writer, speaker and entrepreneur spans fields as diverse as environment and politics, environmental education, campus greening, green building, ecological design and climate change. He is the author of seven books and co-editor of three others.

Orr's vision for the Oberlin Project was first to ignite an all-encompassing joint venture by the town and Oberlin College that would then create a thriving, sustainable and environmentally friendly community.

The project goals include:

Oberlin and Oberlin College are global leaders in sustainability. Oberlin is one of 18 Clinton Foundation Climate Positive Development Program cities (one of only three in the U.S.) that have committed to reducing its greenhouse gas emissions below zero. The city is on target to reduce its emissions by 50 percent of 2007 levels by 2015, with 90 percent of its electricity coming from renewable sources. To compliment those goals, the Climate Action Committee, a community-based group created by Oberlin City Council, developed a 2013 Climate Action Plan as a roadmap for transitioning to a climate positive community.