How On-Site Solar Energy Projects are Changing the World 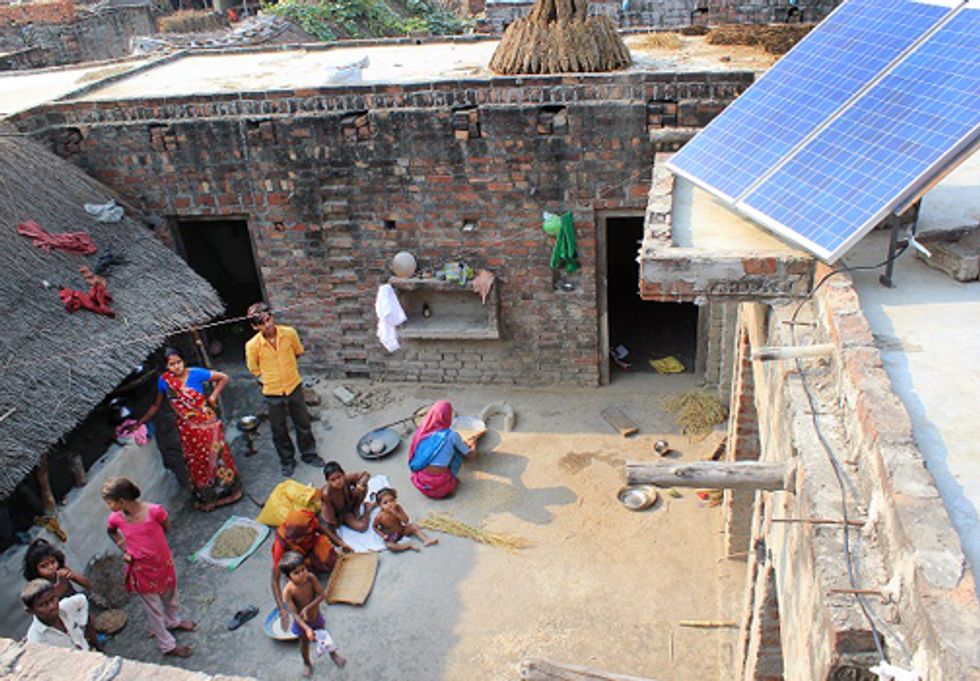 A few months back Nancy Wimmer told us about Bangladesh's solar success. In one of the poorest countries on earth, a renewable energy company, Grameen Shakti, is busy installing nearly 1,000 solar home systems each day. It turns out all that small solar has achieved something quite big. In November Grameen Shakti hit one million Solar Home Systems installed. The company's milestone reinforces a lesson that is increasingly clear: Whether it's Germany, the U.S., or even China, distributed solar installations are driving the solar revolution.

The Bangladesh story is particularly exciting because Grameen has single handedly shattered the energy 'axioms' on which the international policy community has relied for decades: "Renewable energy is too expensive." Wrong! "Even if solar makes sense, the poor can't afford it or they won't pay." Wrong. "The grid will come regardless so off-grid, decentralized energy is a waste of time, money and effort." Wrong, wrong, wrong. What Bangladesh does prove is that Carl Pope is right: deploying solar makes the most sense for off-grid areas where the economics are compelling and the need is great.

That's what makes the next phase of the solar revolution even more exciting. Today we are talking about 1 million solar home systems in Bihar, but tomorrow we could easily be talking about tens of millions in either Bihar or Uttar Pradesh (UP), Indian states that have off-grid populations larger than most European nations.

But why would either of these states be able to replicate such an awe-inspiring feat? Because they have the exact same ingredients for success: a robust rural banking sector (Micro Finance through Grameen Shakti for Bangladesh, State Banks for India), a demonstrated need (large numbers of un-electrified people) and policy support (World Bank finance for Bangladesh, Chief Ministers whose political futures are increasingly reliant on clean energy access in India). The last ingredient being reliant on policymakers understanding that energy's presence, not price, changes lives.

In fact the next phase is already here, a distributed clean energy revolution is brewing in Bihar and the next distributed solar hotbed is developing in UP. While billions are squandered on a failed grid extension approach that is destroying the climate, and displacing local communities, the political leaders of these states, responsible for hundreds of millions of un-electrified people, are getting very serious about off-grid, decentralized clean energy solutions.

So here's our policy lesson in a nutshell: Bangladesh is the world's demonstration case for an off-grid clean energy access plan that delivers. Bihar and UP are the next phase that will take this approach to scale. Maybe, just maybe, 1.3 billion people later, the message—small solar is big—will finally sink in.