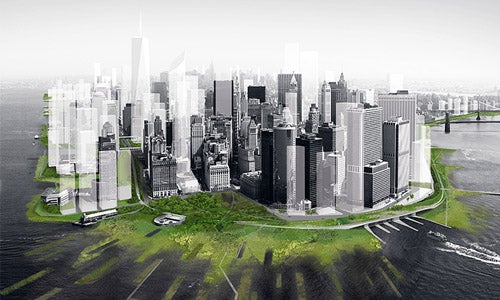 Even if we manage to reach our goals for reducing greenhouse gases, the world will experience a dramatic sea level rise by 2100—the latest study estimates by as much as six feet.

With a water level that much higher than it is today, major coastal cities such as Boston, New York and Miami are sure to be below sea level. So the key question now is, how do we adapt to climate change effects we can no longer avoid? 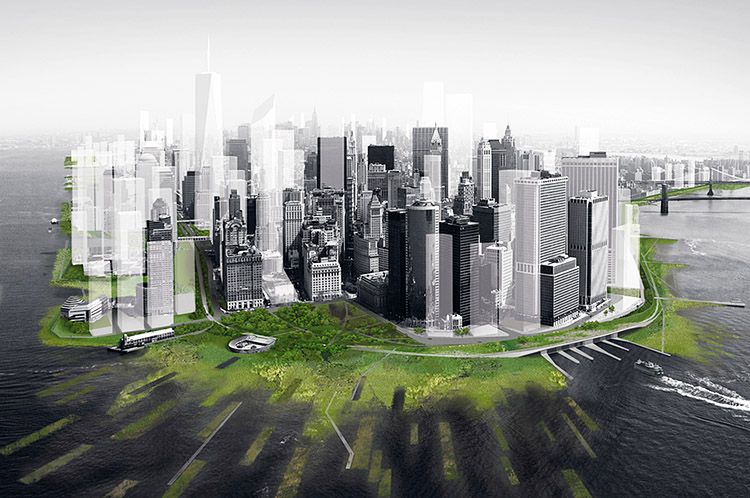 A single solution to rising oceans won’t fix the problem, but there is a “soft option” that can help protect our coasts when complemented with other measures. Photo credit: Architecture Research Office / dland studio

A single solution to rising oceans won’t fix the problem, but there is a “soft option” that can help protect our coasts when complemented with other measures.

Living Shorelines Have Role to Play

Soft options, sometimes called living shorelines or natural infrastructure, include features such as sand dunes, barrier islands and maritime forests. They help lessen storm surge and flooding while also providing habitat, water filtration and beautiful places we can all enjoy. 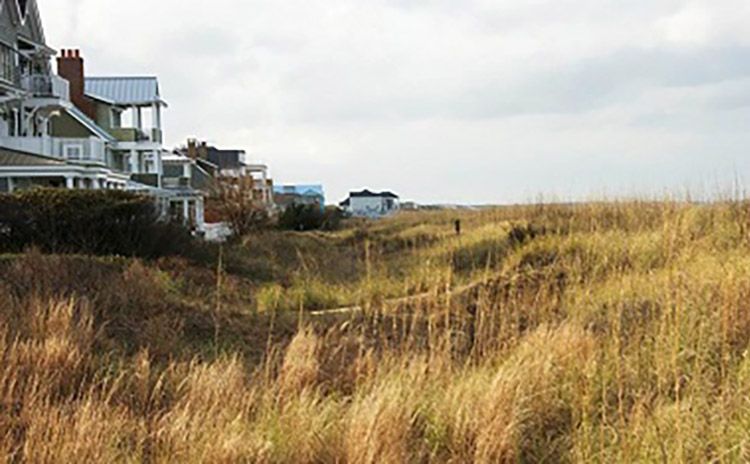 These sand dunes were built to protect homes in Hampton Roads, Virginia.

These and other natural infrastructure measures can be used alone or to complement and enhance hard infrastructure such as levees and floodwalls to create multiple lines of defense.

But natural infrastructure measures also have a distinct advantage over hardened approaches: They can grow.

Communities on every coast are now beginning to think about changes in zoning and building standards to protect themselves from flooding, while also investigating how to restore natural defenses. Such redundant measures can improve their resiliency—and also give them environmental and economic benefits that improve quality of life.

Seabrook, New Hampshire, for example, has a plan to build and strengthen its dunes and allow them to continue to grow, to protect coastal properties.

Louisiana is also restoring its wetlands, cypress swamps and barrier islands as part of its strategy to cope with sea level rise and storm disasters. And across Hampton Roads, Virginia, living shorelines are sprouting up as alternatives to bulkheads to combat erosion and improve Chesapeake Bay water quality.

Such efforts are taking off in other countries, too. Communities in across Southeast Asia, for example, are now replanting mangroves to reduce impacts from tsunamis and storm surges.

Live with Water, Fight It or Retreat?

Scientists are expecting sea levels to rise faster and higher than previously predicted. So the truth is, we’ll have to soon make choices about where, when and how we adapt to live with water, defend our coasts and retreat.

Fortunately, restoring coastal ecosystems can fit nicely with these strategies to provide human communities with benefits not only on stormy days, but year-round.