How Much Will it Cost to Save Our Economy’s Foundation? 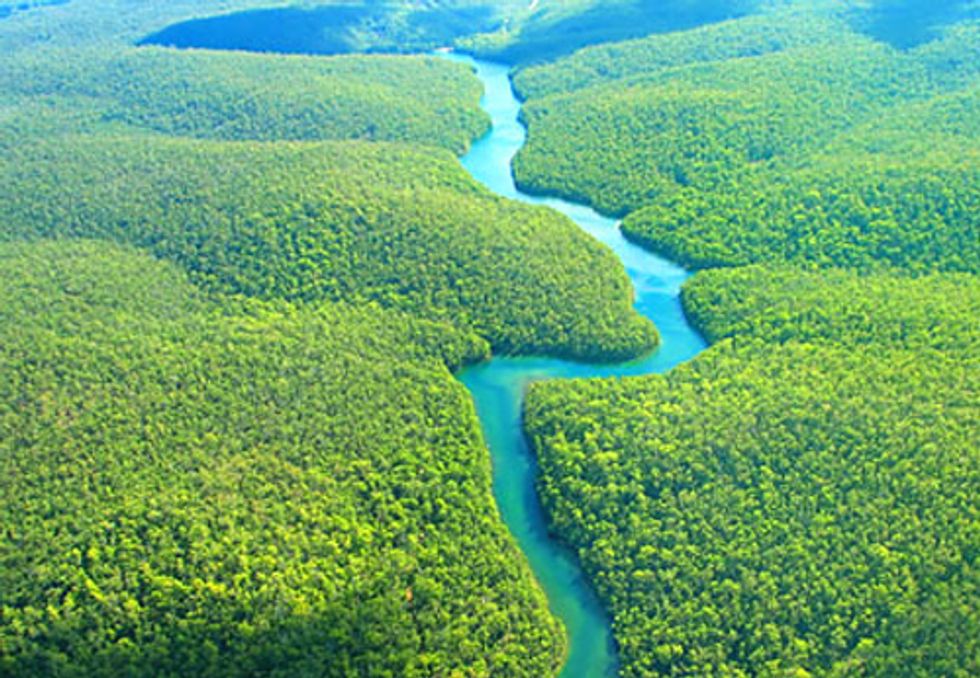 During the past two summers, Pakistan was hit with catastrophic floods. The record flooding in the late summer of 2010 was the most devastating natural disaster in Pakistan’s history. The media coverage reported torrential rains as the cause, but there is much more to the story. When Pakistan was created in 1947, some 30 percent of the landscape was covered by forests. Now it is 4 percent. Pakistan’s livestock herd outnumbers that of the U.S. With little forest still standing and the countryside grazed bare, there was scant vegetation to retain the rainfall.

Pakistan, with 185 million people squeezed into an area only slightly larger than Texas, is an ecological basket case. If it cannot restore its forests and grazing lands, it will only suffer more “natural” disasters in the future. Pakistan’s experience demonstrates all too vividly why restoring the earth is an integral part of Earth Policy Institute’s Plan B to save civilization. Restoring the earth will take an enormous international effort, one far more demanding than the Marshall Plan that helped rebuild war-torn Europe and Japan after World War II. And such an initiative must be undertaken at wartime speed before environmental deterioration translates into economic decline, just as it did for the Sumerians, the Mayans and many other early civilizations whose archeological sites we study today.

Our natural systems are the foundation of our economy. We can roughly estimate how much it will cost to reforest the earth, protect topsoil, restore rangelands and fisheries, stabilize water tables and protect biological diversity. The goal is not to offer a set of precise numbers but rather to provide a set of reasonable estimates for an earth restoration budget.

In calculating reforestation costs, the focus is on developing countries, since forested area is already expanding in the northern hemisphere’s industrial countries. Meeting the growing fuelwood demand in developing countries plus conserving soils and restoring hydrological stability will require an estimated 380 million additional acres of forested area. Beyond this, an additional 75 million acres will be needed to produce lumber, paper and other forest products.

If seedlings cost $40 per thousand, as the World Bank estimates, and if the typical planting density is roughly 800 per acre, then seedlings cost $32 per acre. Labor costs for planting trees are high, but since much of the labor would consist of locally mobilized volunteers, we are assuming a total of $160 per acre, including both seedlings and labor. With a total of 380 million acres to be planted over the next decade or so, this will come to roughly 38 million acres per year at $160 each for an annual expenditure of $6 billion.

Planting trees to conserve soil, reduce flooding and provide firewood sequesters carbon. But because climate stabilization is essential, we tally the cost of planting trees for carbon sequestration separately. Doing so would reforest or afforest hundreds of millions of acres of marginal lands over 10 years. Because it would be a more commercialized undertaking focused exclusively on wasteland reclamation and carbon sequestration, it would be more costly. Assuming a value of sequestered carbon of $200 per ton, it would cost close to $17 billion per year

Conserving the earth’s topsoil by reducing erosion to the rate of new soil formation or below has two parts. One is to retire the highly erodible land that cannot sustain cultivation—the estimated one tenth of the world’s cropland that accounts for perhaps half of all excess erosion. For the U.S., that has meant retiring nearly 35 million acres. The cost of keeping this land out of production is close to $50 per acre. In total, annual payments to farmers to plant this land in grass or trees under 10-year contracts approaches $2 billion.

In expanding these estimates to cover the world, it is assumed that roughly 10 percent of the world’s cropland is highly erodible, as in the U.S., and should be planted in grass or trees before the topsoil is lost and it becomes barren land. Since the U.S. has one eighth of the world’s cropland, the total for the world would be $16 billion annually.

The second initiative on topsoil consists of adopting conservation practices on the remaining land that is subject to erosion exceeding the natural rate of new soil formation. This initiative includes incentives to encourage farmers to adopt conservation practices such as contour farming, strip cropping, and, increasingly, minimum-till or no-till farming. Assuming that the need for erosion control practices elsewhere is similar to that in the U.S., we again multiply the U.S. expenditure of $1 billion per year by eight to get a total of $8 billion for the world as a whole. The two components together—$16 billion for retiring highly erodible land and $8 billion for adopting conservation practices—give an annual total for the world of $24 billion.

For cost data on rangeland protection and restoration, we turn to the U.N. Plan of Action to Combat Desertification. This plan, which focuses on the world’s dryland regions, containing nearly 90 percent of all rangeland, estimates that it would cost roughly $183 billion over a 20-year restoration period—or $9 billion per year. The key restoration measures include improved rangeland management, financial incentives to eliminate overstocking, and revegetation with appropriate rest periods, during which grazing would be banned.

This is a costly undertaking, but every $1 invested in rangeland restoration yields a return of $2.50 in income from the increased productivity of the earth’s rangeland ecosystem. From a societal point of view, countries with large pastoral populations where the rangeland deterioration is concentrated are invariably among the world’s poorest. The alternative to action—ignoring the deterioration—brings a loss not only of land productivity but also of livelihood, and ultimately leads to millions of refugees. Restoring vulnerable land will also have carbon sequestration benefits.

For restoring fisheries, a U.K. team of scientists led by Andrew Balmford at Cambridge University has analyzed the costs of operating marine reserves on a large scale based on data from 83 relatively small, well-managed reserves. They concluded that managing reserves that covered 30 percent of the world’s oceans would cost $12–14 billion a year. But this did not take into account the likely additional income from recovering fisheries, which would reduce the actual cost.

At stake in the creation of a global network of marine reserves is not just the protection of fisheries but also a possible increase in the annual oceanic fish catch worth $70–80 billion. Balmford said, "Our study suggests that we could afford to conserve the seas and their resources in perpetuity, and for less than we are now spending on subsidies to exploit them unsustainably." The creation of the global network of marine reserves—"Serengetis of the seas," as some have dubbed them—would also create more than 1 million jobs.

In many countries, the capital needed to fund a program to raise water productivity can come from eliminating subsidies that often encourage the wasteful use of irrigation water. Sometimes these are energy subsidies for irrigation, as in India; other times they are subsidies that provide water at prices well below costs, as in the U.S. Removing these subsidies will effectively raise the price of water, thus encouraging its more efficient use. In terms of additional resources needed worldwide, including research needs and the economic incentives for farmers, cities, and industries to use more water-efficient practices and technologies, we assume it will take an additional annual expenditure of $10 billion.

For wildlife protection, the World Parks Congress estimates that the annual shortfall in funding needed to manage and protect existing areas designated as parks comes to roughly $25 billion a year. Additional areas needed, including those encompassing the biologically diverse hotspots not yet included in designated parks, would cost perhaps another $6 billion a year, yielding a total of $31 billion.

Altogether, then, restoring the economy’s natural support systems—reforesting the earth, protecting topsoil, restoring rangelands and fisheries, stabilizing water tables and protecting biological diversity—will require additional expenditures of just $110 billion per year. Many will ask, Can the world afford these investments? But the only appropriate question is, Can the world afford the consequences of not making these investments?