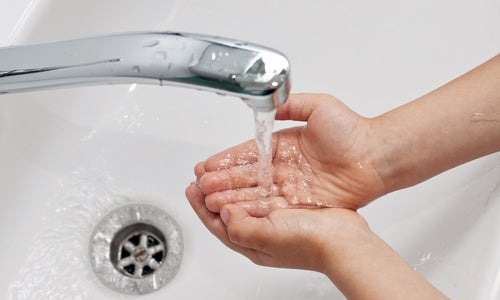 Marketplace’s Sustainability Desk Correspondent Scott Tong asked his listeners yesterday to “try to imagine a ticker, or counter, that tallies all your water use: every cup of coffee, every shower, every flush.” Well that’s what Tong did to find out his family’s water footprint. 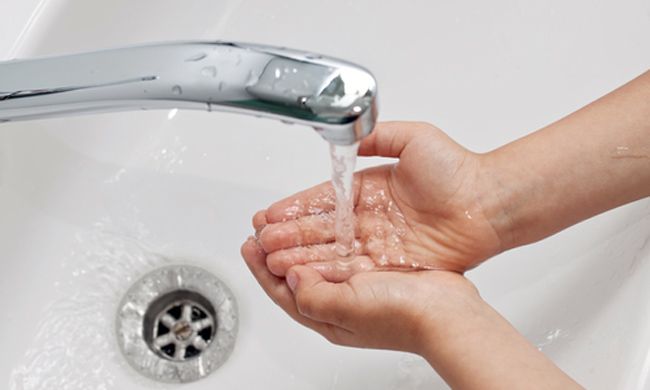 Americans consume more water per capita than anyone else on the planet.

But, before actually finding out how much water his family used each day, he decided to guess. He guessed 500 gallons for him, his wife and three children. He then solicited estimates via Twitter and Facebook to see what others thought a typical family of five consumed in water each day.

The median guess was 225 gallons a day with the lowest estimate at 30 and the highest at 5,000. Here’s a tweet by Tong showing the responses:

Your guesses and mine — here. @Marketplace pic.twitter.com/13Ror1c3h3

Tong did a little research for context before finding out his family’s water usage and learned that the “United Nation’s estimate for a bare minimum a person needs to drink, bathe and clean is 13 gallons a day.”

He also discovered that Americans consume more water per capita than anyone else on the planet and as Stanford University’s Newsha Ajami told Tong, American water is underpriced. According to the U.S. Environmental Protection Agency, the national average cost of water is $2 for 1,000 gallons.

This chart shows how the U.S. compares to other countries in domestic use of water and the tariff price in dollars per one thousand gallons: 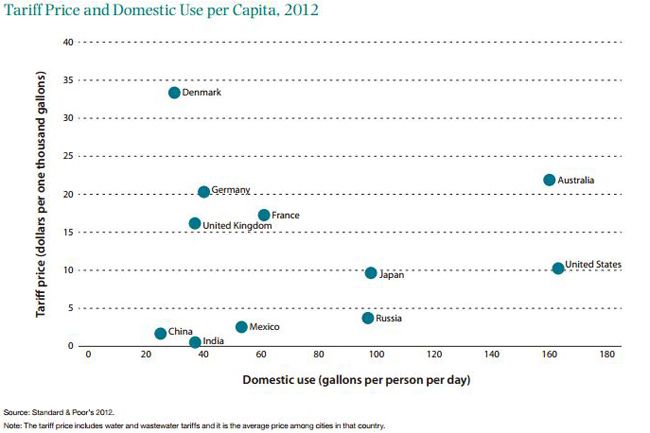 So how much water does the Tong family use on average per day? 310 gallons according to his house water meter. And as Tong said, “310 gallons. It’s not bad for an American family of five. But it’s a ton of water (1.15 tons, to be precise). And that one ton for one day costs $1.30. Put another way: It’s about the price of one bottle of water.”

Tong explores many other aspects of our water consumption in his Counting gallons: How much water do you use? segment. Listen here:

Can’t Find Someone to Shower With to Reduce Your Water Usage? Try the Waterpebble

Stop the War Against the Colorado River