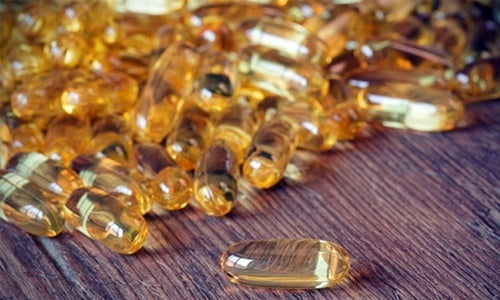 Also known as the sunshine vitamin, it is made in your skin when exposed to sunlight. 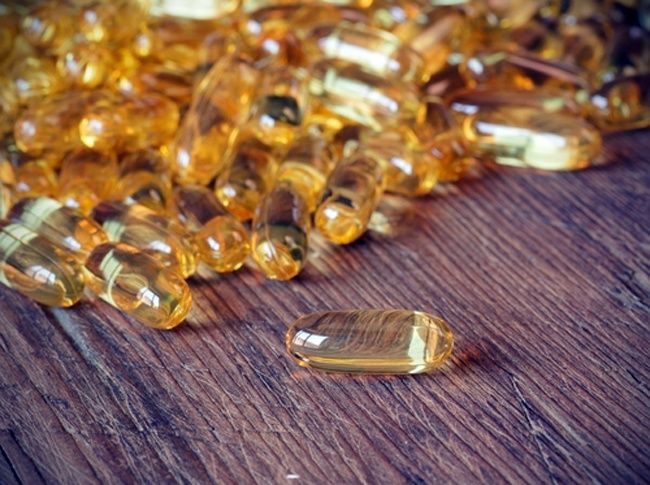 Foods that do contain vitamin D include fatty fish like salmon, as well as fish liver oils. Photo credit: Shutterstock

In spite of that, vitamin D deficiency is one of the most common nutrient deficiencies in the world.

This article discusses how much vitamin D you need.

What is Vitamin D?

Vitamin D is a fat-soluble vitamin that functions like a steroid hormone in the body.

There are two forms of vitamin D in the diet:

D3 is the more powerful of the two types and raises blood levels of vitamin D almost twice as much as D2 (6, 7).

Large amounts of vitamin D can also be made in your skin when it is exposed to UV-rays from sunlight. Any excess vitamin D is stored in your body fat for later use.

Every cell in your body has a receptor for vitamin D. This vitamin is involved in many processes, including bone health, immune system function and protection against cancer (8, 9, 10, 11).

Bottom line: Vitamin D functions like a steroid hormone in your body. There are two forms in the diet, D2 and D3. It can also be produced in your skin when exposed to sunlight.

How Common is Vitamin D Deficiency?

Vitamin D deficiency is a problem all over the world.

However, it is especially common in young women, infants, the elderly and people who have dark skin (12, 13).

About 42 percent of the U.S. population is vitamin D deficient. However, this rate rises to 82 percent in African Americans and 70 percent in Hispanics (5).

If you have access to strong sun all year, then occasional sun exposure may be enough to fulfill your vitamin D requirements.

However, if you live far north or south of the equator then your vitamin D levels may fluctuate depending on the season. The levels may go down during the winter months, due to a lack of sufficient sunlight (14, 15, 16).

In that case, you need to rely on your diet (or supplements) for vitamin D, as well as on vitamin D that is stored in body fat during the summer (15).

In children, a severe vitamin D deficiency can cause delays in growth as well as rickets, a disease where the bones become soft.

How Much Vitamin D Should You Take?

How much vitamin D you need depends on many factors. These include age, race, latitude, season, sun exposure, clothing and more.

However, some studies have shown that the daily intake needs to be higher than that if you aren’t being exposed to sun.

Depending on who you ask, blood levels above 20 ng/ml or 30 ng/ml are considered as “sufficient.”

One study of healthy adults showed that a daily intake of 1120–1680 IU was needed to maintain sufficient blood levels (23).

In the same study, individuals who were vitamin D deficient needed 5000 IU to reach blood levels above 30 ng/ml.

All things considered, a daily vitamin D intake of 1000–4000 IU, or 25–100 micrograms, should be enough to ensure optimal blood levels in most people.

4000 IU is the safe upper limit according to the Institute of Medicine (IOM). Make sure not to take more than that without consulting with a health professional.

What are the Optimal Blood Levels of Vitamin D?

Blood levels of vitamin D are assessed by measuring 25(OH)D in the blood, which is the storage form of vitamin D in the body (28).

However, there has been some debate over the definition of optimal blood levels.

The Institute of Medicine (IOM) and the Nordic Nutrition Council base their recommendations on the following blood levels (18, 21):

These organizations claim that blood levels of over 20 ng/ml meet the vitamin D requirements of more than 97.5 percent of the population.

A committee at the IOM did not find higher blood levels to be associated with any additional health benefits (21).

Bottom line: Vitamin D levels are generally considered sufficient when above 20 ng/ml (50 nmol/l). However, some experts claim that blood levels above 30 ng/ml (75 nmol/l) are optimal.

What are the Main Sources of Vitamin D?

You can get vitamin D from:

Foods that do contain vitamin D include fatty fish like salmon, as well as fish liver oils.

Egg yolks also contain small amounts and in some countries milk and cereals are enriched with vitamin D (33).

However, supplements are available almost everywhere and there is a good selection of vitamin D3 supplements on Amazon.

Can We Get Enough Vitamin D from the Sun Alone?

Summer sun exposure is the best way to get enough vitamin D.

However, the amount of sunlight needed varies.

Geographic location and season are very important, because vitamin D can’t be produced year round in countries that are far from the equator.

Even though the sun may be shining, it is not necessarily strong enough to produce vitamin D.

Here are a few facts about vitamin D production in the sun:

In strong sun, exposing arms and legs for 5–30 minutes between 10 a.m. and 3 p.m. is usually enough to meet the daily requirements of most light-skinned people. People with darker skin may need a little more time (22).

One study showed that extended sun exposure during summer was enough to ensure excellent vitamin D levels during winter, regardless of vitamin D intake (37).

However, if you live far from the equator, you probably need to consume supplements or foods that contain vitamin D.

Bottom line: Vitamin D requirements can be met by sunshine alone during the summer. During the winter and for those living far from the equator, supplements may be needed.

How Much is Too Much?

Information about vitamin D overdose is outdated and toxicity is extremely rare.

It is associated with dangerously high amounts of calcium and phosphates in the blood, along with low levels of parathyroid hormone.

This is typically only seen in individuals who have accidentally or intentionally taken extremely high doses of vitamin D for long periods of time, such as 50,000–1 million IU/day for months (38, 39).

Also, it is not possible to overdose on vitamin D from sunlight.

Keep in mind that although large doses are unlikely to cause harm or toxicity, they may be completely unnecessary.

Bottom line: The recommended upper intake level of vitamin D is 4000 IU/day. However, even higher dosages have been shown to be safe in some studies.

Vitamin D is essential for bone health and many other aspects of health.

A deficiency is incredibly common and may have severe health consequences for many people.

If you’re thinking about adding more vitamin D to your diet, consider the following factors:

At the end of the day, vitamin D is highly important. Correcting a deficiency is simple, cheap and can have immense health benefits.