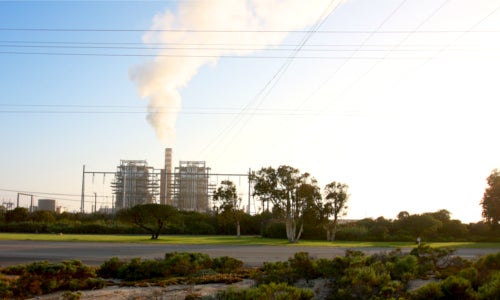 While the U.S. Environmental Protection Agency has a goal of decreasing carbon emissions by 30 percent—compared to 2005 levels—by 2030, states will be given the flexibility to devise their own plans.

Clearly, some will have more work to do than others. Coal-fired power plants are responsible for about 40 percent of the country’s emissions, and states like West Virginia and Kentucky live and die by the dirty source, getting 95 and 90 percent of their power from it, respectively, according to the U.S. Energy Information Agency.

Climate Desk, a nonprofit consortium of eight publications and organizations, including the Center for Investigative Reporting and Huffington Post, created an infographic displaying how much carbon each state emitted, according to 2012 levels. The group analyzed data from the EPA and Natural Resources Defense Council to illustrate that Kentucky basically jumps off the dirty energy chart, while Vermont barely made a blip. 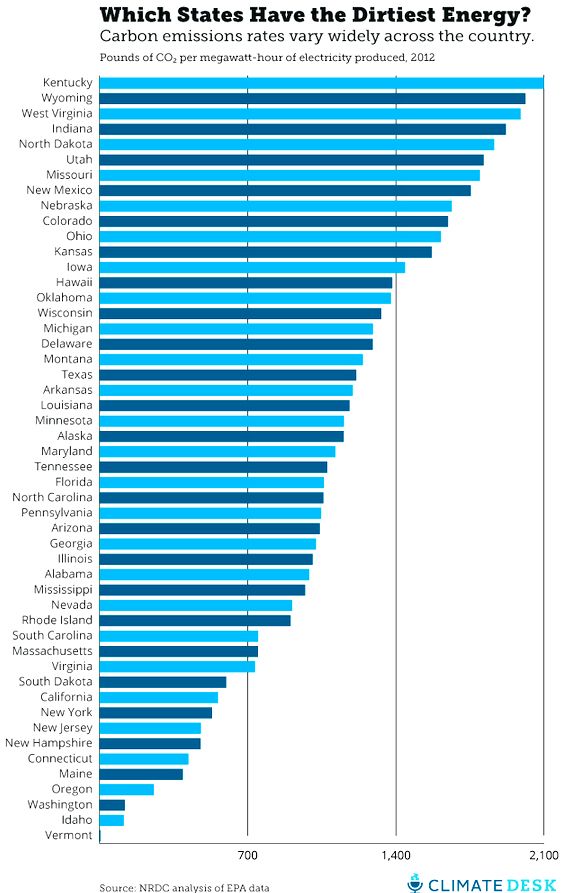 “With many more options on the table than simply shuttering coal plants, the rules look less like an Obama “war on coal” and more like an opportunity for states to chart their own course in a less carbon-intensive economy,” Climate Desk’s Tim McDonnell writes. “One Midwestern utility company has already proposed creating a regional price on carbon that would make electricity from coal more expensive than electricity from other sources, thereby decreasing demand for these plants.” 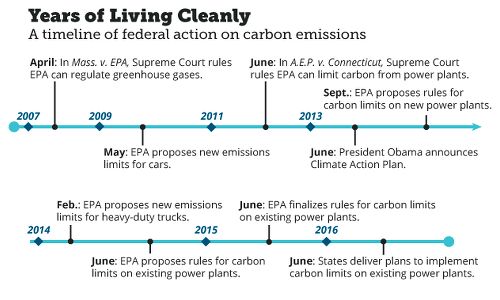