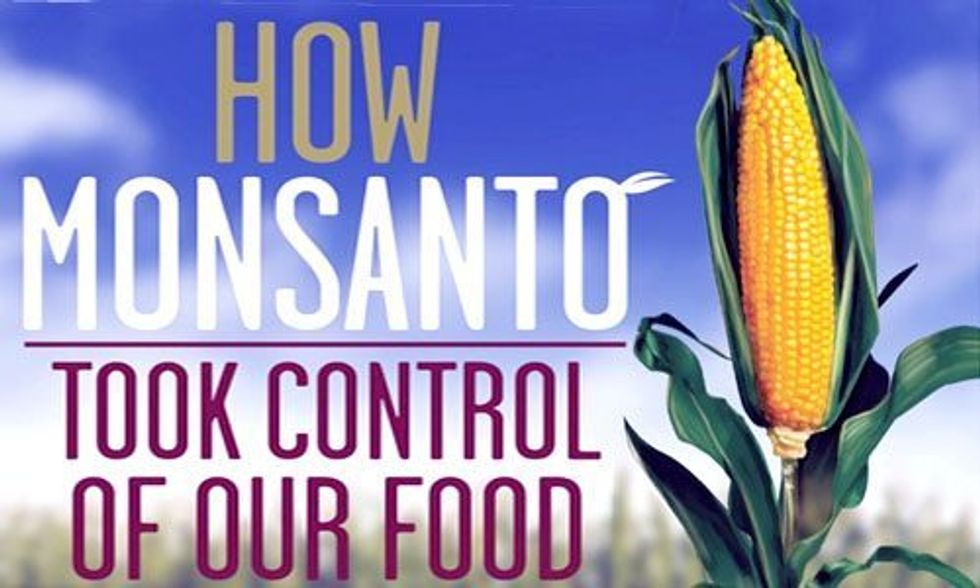 While Monsanto finds itself in the midst of a handful of current controversies, many people remain unfamiliar with the company's origins and its history. The corporate behemoth has been around for more than a century and has played a hand in several controversial dealings, including the development of the atomic bomb, DDT and Agent Orange.

Recently Undercurrent offered an explanation of the company's history in a clever, five-minute video. Many people from the food and environmental communities, notably Dr. Vandana Shiva, have worked tirelessly to, as she puts it, "end Monsanto’s colonization and its enslavement of farmers."

For an explanation of how Monsanto controls so much of our food supply, check out this infographic:

How Monsanto Gained Huge Control of the World's Food Supply

Vandana Shiva: ‘We Must End Monsanto’s Colonization, Its Enslavement of Farmers’