How Megacities Have Taken Over the Planet 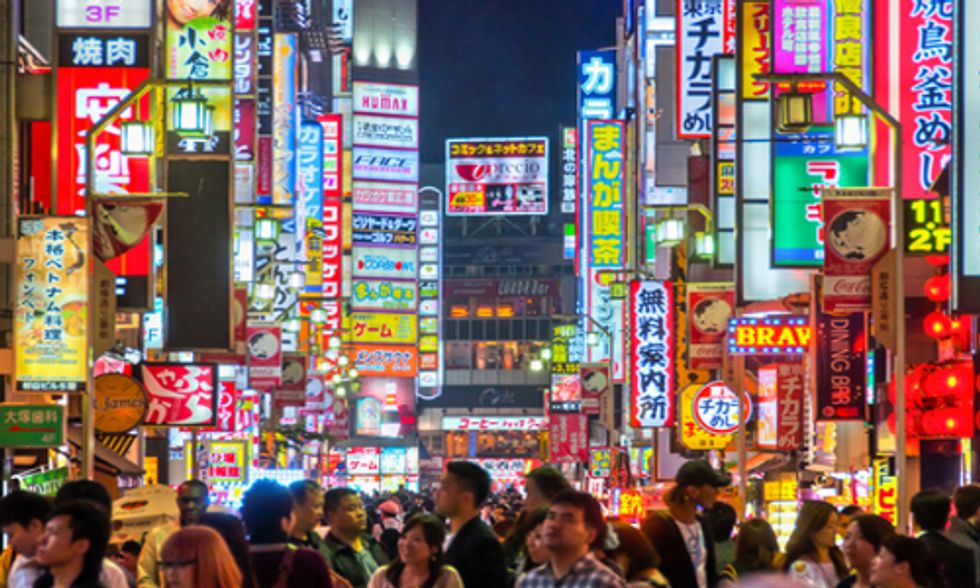 With more and more of the world's population moving into urban centers, the number of such areas with more than 10 million people has exploded in the last quarter century.

In 1990 there were only 10 of these "megacities," with about seven percent of the global population. Now there are 28, according to the UN report on World Urbanization. The total number of people living in megacities has grown from 153 million to 453 million during that period, says the UN report. About 12 percent of the world's population lives in one, while 54 percent lives in an urban area, expected to grow to 66 percent by 2050. By 2030, the world is projected to have 41 such megacities.

Of those 28 megacities, sixteen are in Asia, four are in Latin America, three each are in Africa and Europe, and two are in Northern America. Tokyo leads the list with more than 38 million people living in its metro area. Delhi is a distant second with 25 million. However, the population of Tokyo is projected to shrink somewhat while Delhi is expected to grow rapidly until the two cities are nearly equal in population. Shanghai, Mexico City, Sao Paolo and Osaka follow with over 20 million apiece. Beijing has almost 20 million.

Meanwhile, the rural population is expected to shrink. It's currently at 3.4 billion and is expected to decline to 3.1 billion by 2050. And a majority of Earth's 3.9 million urban residents live in smaller cities, although many of those are among the fastest growing.

The largest of the large, Tokyo is the world's most populous megacity, with 30 million people.
Photo credit: Shutterstock

This urbanization has some positive implications for the environment and climate change. The report emphasizes that a urban planning will be essential for economic and human development, with attention to issues like health care, education, public transportation, housing, electricity, water and sanitation. It says that providing such services for a for a dense urban population is typically cheaper and less environmentally damaging than providing such services to a dispersed rural population.

“Managing urban areas has become one of the most important development challenges of the 21st century,"said John Wilmoth, director of UN Department of Economic and Social Affairs Population Division. "Our success or failure in building sustainable cities will be a major factor in the success of the post-2015 UN development agenda."