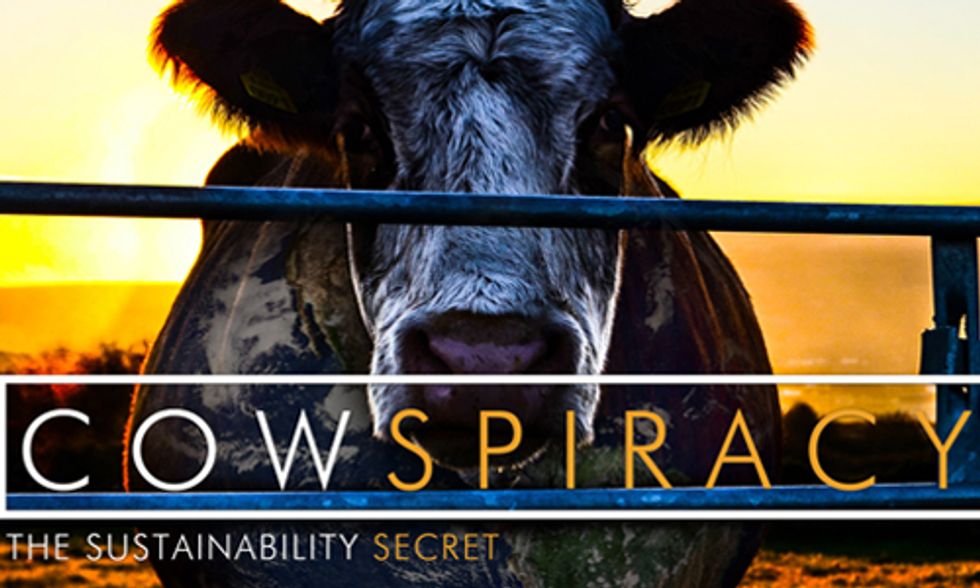 As news keeps pouring in about California's epic drought, Democracy Now! looks at the link between water shortages, climate change and meat consumption. Last week, Gov. Brown ordered residents and businesses to cut water use by 25 percent. The order, which was the first mandatory water restriction, was issued when the April 1 snowpack assessment revealed that snowpack levels are at 6 percent of normal for the state. The mandate, however, exempts some of the biggest water users in the state—Big Agriculture and Big Oil.

As the State Water Resources Control Board urges California residents to stop watering their lawns so much (or better yet, replace them with climate-appropriate landscaping), Democracy Now! examines Big Agriculture's impact on the drought. They cite the fact that 47 percent of a Californian’s water footprint is in meat and dairy products, according to The Pacific Institute. To better understand the link, Democracy Now! hosts Kip Andersen and Keegan Kuhn, directors of the documentary, Cowspiracy: the Sustainability Secret. The film shows how animal agriculture is the leading cause of deforestation, water consumption and pollution, and yet, few environmental organizations are truly speaking out on the issue.