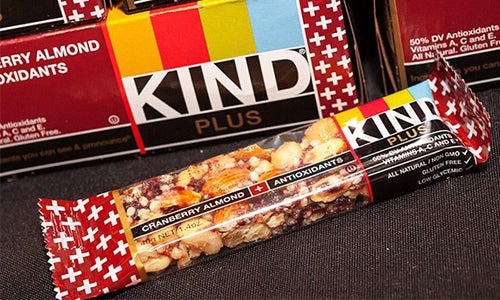 Most people have a basic understanding of what healthy food is—and is not. Public health campaigns, the old food pyramid and the new MyPlate and parental admonitions to “eat your veggies” have all contributed to a population that can identify a salad as being healthier than a deep-fried Oreo.

But the days of “good” and “bad” foods may be coming to an end. Nutritional advice—including the most recent federal dietary guidelines—is now more concerned with a person’s overall diet than with avoiding any one thing. Now the Food and Drug Administration (FDA) is reconsidering the definition of “healthy” as it’s used on package labeling, a further sign of this change. 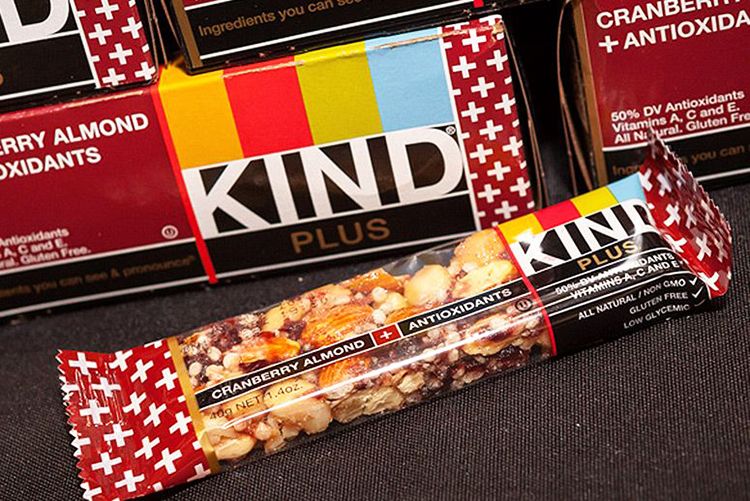 Defining “healthy” as a government regulator is far more difficult than picking between salad and deep-fried cookies. Since the 1990s, the FDA has only allowed a “healthy” label on vitamin-rich foods that are low in fat, saturated fat, cholesterol and sodium. These requirements nearly make sense—but note that sugar content is not included in this list. As a result, sugary fortified cereals or low-fat toaster pastries or puddings could be considered healthy and can use that claim on their packaging with the full backing of the FDA. Yet the standards for “healthy” prohibit foods such as avocados, nuts or fatty fish from receiving the label. So a product like Kind snack bars, which are filled with almonds and other fatty nuts, cannot label its products “healthy,” as the FDA made clear in 2015 when it told the company to stop using the labeling language.

That’s all changing thanks to a request made in last month’s appropriations bill from the House of Representatives and a citizen petition started by Kind. “In light of evolving nutrition research, forthcoming Nutrition Facts Labeling final rules and a citizen petition, we believe now is an opportune time to reevaluate regulations concerning nutrient content claims, generally, including the term ‘healthy,'” wrote FDA Press Officer Lauren Kotwicki in an email. (Kind is now allowed to use the word on its packaging as part of corporate philosophy, not a nutritional claim).

“The FDA is decades behind the science on this issue,” said Michele Simon, a public health lawyer who runs the Plant-Based Foods Association, an industry trade group. She regularly has to tell people who make healthy foods that they aren’t allowed to use the word on their label. Not all fats are bad for you, she said, adding that she would like to see mono- and polyunsaturated fats no longer count against otherwise healthy foods. Sugar content, in her opinion, should also be taken into consideration “so that sugary Kind bars don’t get to be called healthy,” she said.

It’s too early to tell what the new definition of “healthy” might be—after all, it took six years to finalize requirements around “gluten-free” foods—but it will undoubtedly reflect current nutritional knowledge. In the 1990s, nutritionists vilified fats and paid little attention to sugar, which led to the FDA’s current definition of the term. Many experts now believe that the war on fats may have led to the current obesity crisis.

“One of the most unfortunate unintended consequences of the fat-free crusade was the idea that if it wasn’t fat, it wouldn’t make you fat,” Walter Willett, a professor of epidemiology and nutrition at the Harvard School of Public Health, told Frontline. “I even had colleagues who were telling the public that you can’t get fat eating carbohydrates.”

Since then, multiple studies have suggested fats in general aren’t to blame for heart disease and other dietary ills. If some sources of saturated fat (whole milk) are good for us and other sources (fast-food hamburgers) are not, perhaps it’s the food—not the fat—that people need to worry about.

The FDA’s approach to food reflects what food-policy expert Marion Nestle calls “nutritionism” in which the amount and type of nutrients in a food are used to determine whether it’s healthy or not. She disagrees with the mentality that nutrient content alone can tell you whether a food is healthy, regardless of what’s written on the label. “Most of the labeling requirements were designed to deal with processed food products, not foods,” said Nestle. “They don’t work well for whole foods.”

Today’s research shows a more nuanced view of nutrition and government regulations are beginning to reflect that shift. The new dietary guidelines have moved away from telling people to get however many grams of protein and consume less than this many teaspoons of salt—to focus on overall dietary patterns instead. “People do not eat food groups and nutrients in isolation but rather in combination,” the executive summary states. It’s a person’s overall diet, not how much fat or vitamin C a food has, that determines one’s health.

If the FDA takes the new research under consideration, it may be difficult to come up with a one-size-fits-all definition of words like “healthy.” Maybe the days of ticking off nutrient levels to proudly claim something is “healthy” or has “50 percent less calories” are coming to an end.

Nestle said if she were in charge of redefining the word, she would only allow the “healthy” label to be used on “real foods, minimally processed.” But in an ideal world, she would “try to get rid of health claims—all health claims—on foods and food products.” Considering how often these claims are found on processed products such as canned produce or low-fat foods while their whole counterparts go unlabeled, it’s about time.

“I guess it’s fortunate for food-industry marketers that I don’t work for the FDA,” Nestle said.