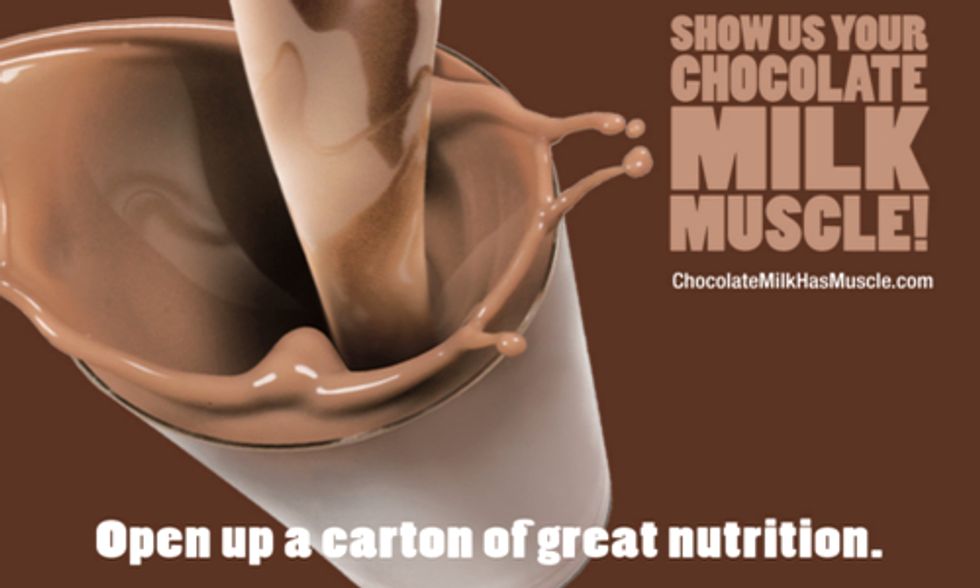 The U.S. is in the midst of a public health epidemic due to poor diet. While much of the focus has been on obvious culprits such as sugary soft drinks and fast food, dairy foods often get a pass. The dairy industry, propped up by government, has convinced us of the health benefits of milk and other dairy products. But the context of how people consume dairy matters.

My new report, Whitewashed: How Industry and Government Promote Dairy Junk Foods, shines a light on the shifting patterns of consumption away from plain milk toward dairy products laden with sugar, fat and salt. For example:

It’s bad enough for the dairy industry to promote junk food in the name of health, but making matters worse, Uncle Sam is propping up the effort. The federal government mandates the collection of industry fees for “checkoff programs” to promote milk and dairy. Far from being just a privately-funded program, U.S. Department of Agriculture (USDA) employees attend checkoff meetings, monitor activities and are responsible for evaluation of the programs. The U.S. Supreme Court has upheld the legality of the checkoff programs as “government speech,” finding: “the message … is controlled by the Federal Government.”

Checkoff money is also only supposed to be used for “generic” marketing activities. However, the program gives a huge boost to leading fast food chains. For example:

Speaking of schools, the dairy industry, with a government assist, is heavily promoting chocolate and other sugar milks to schoolchildren, desperate to maintain its presence in a lucrative market with a captive audience. For example:

Finally, many federal checkoff-funded dairy organizations make dubious health claims to market their dressed up junk foods. Would you believe that:

At a time when our nation is suffering from an epidemic of diet-related health problems, we cannot allow the decades of whitewashing by the dairy industry to continue. The assumption that eating dairy is essential to the diet has obstructed our ability to criticize federal government support for unhealthy forms of dairy.

It’s time to stop dancing around the federal checkoff programs by pretending they are privately-funded. As this report demonstrates, federal government administers, oversees and approves almost every aspect of the dairy checkoff program. These funds are directly used to promote junk foods, which are contributing to the diseases our federal government is allegedly trying to prevent.

Andy Bellatti is a registered dietitian who contributed to the report by calling out the many misleading health claims made by the dairy industry. He says:

In our cultural glorification of dairy, we often forget that many of these products are directly contributing to our current public health epidemic. Even more troubling, due to the dairy industry’s deep pockets and political connections, federal authorities are giving these foods a stamp of approval, rather than raising a nutritional red flag.