How Hydropower Contributes to Climate Change 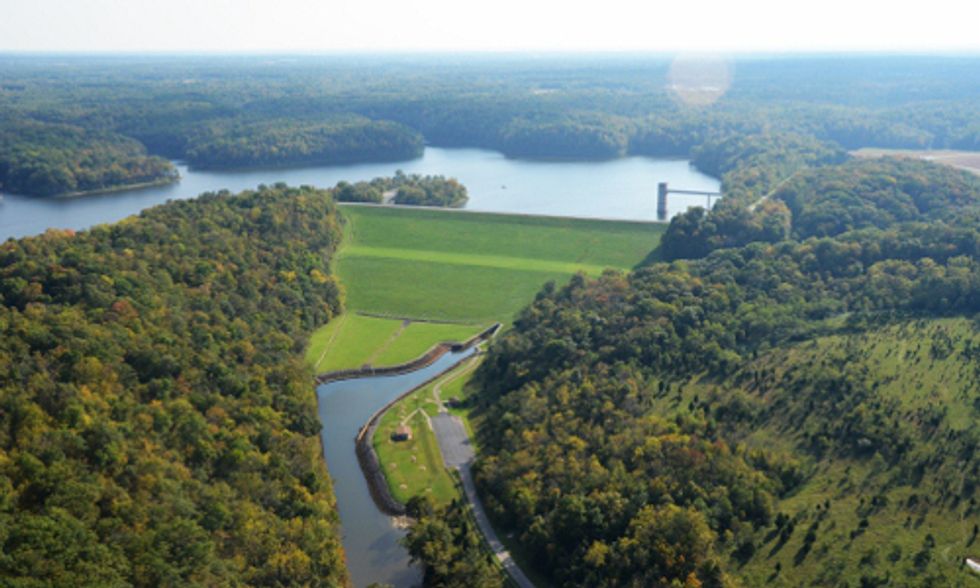 Methane has been attracting attention recently as the "It" greenhouse gas. It's been exposed as being almost 35 times the driver of climate change as carbon dioxide emissions. And while that doesn't mean we should stop acting on carbon, researchers have begun taking a closer look at where the methane is coming from. And while stories about methane blowholes in the Arctic are dramatic, the U.S. Environmental Protection Agency (EPA) ranks oil and gas operations as the top source of methane emissions in the U.S. followed by livestock.

The manmade Harsha Lake provides watch and flood abatement to southwestern Ohio but may also be a major source of methane emissions. Photo credit: U.S. Army Corps of Engineers

But there's another source that doesn't readily come to mind and may be emitting far more methane than previously thought. That's manmade reservoirs, including those built to generate supposedly clean hydropower, the largest source of renewable energy in the world.

Precisely how much they contribute to methane pollution is a mystery though. It was estimated for a long time that 20 percent of all manmade methane emissions were generated from the surface of reservoirs. But now scientists think it may be even higher than that, although few studies have been done so there's not enough data to attach a number to it. The EPA doesn't even both to estimate reservoir-generated methane.

Now a small-scale study published in late August offers some clues. Researchers from the EPA's National Risk Management Research Laboratory in Cincinnati and the University of Cincinnati studied methane emissions from Harsha Lake near Cincinnati during a 13-month period spanning 2012. They found that Harsha Lake emitted more methane than had ever been recorded at any reservoir in the U.S., perhaps, one of the study authors suggested, because it's located in an agricultural area.

“When you compare the annual scale of the methane emission rate of this reservoir to other studies, it’s really much higher than people would predict,” EPA research associate and study lead author Jake Beaulieu told Climate Central.

"Reservoirs are a globally significant source of methane (CH4), although most measurements have been made in tropical and boreal systems draining undeveloped watersheds," said the study's summary. "We measured CH4 and carbon dioxide (CO2) emission rates from William H. Harsha Lake, an agricultural impacted reservoir, over a 13 month period. The reservoir was a strong source of CH4 throughout the year. ... We estimate that CH4 emissions from agricultural reservoirs could be a significant component of anthropogenic CH4 emissions in the U.S.A."

The source of the methane is bacteria feeding on carbon-based organic plant material and breathing out methane. Agricultural runoff, such as that found in Harsha Lake, contains nutrients that allow algae to thrive, providing a wealth of food for microbes.

“There are a very large number of these reservoirs in highly agricultural areas around the U.S.,” Amy Townsend-Small, another of the study's authors, told Climate Central. “It could be that these agricultural reservoirs are a larger source of atmospheric methane than we had thought in the past.”

And there's little information yet about how the amount of methane generated by reservoirs varies in different parts of a reservoir. But Beaulieu said the EPA will undertake a more comprehensive study next year, looking at emissions from 25 reservoirs across the Great Lakes region and the south.

Global Boom in Hydropower Poses Serious Threat to the Planet