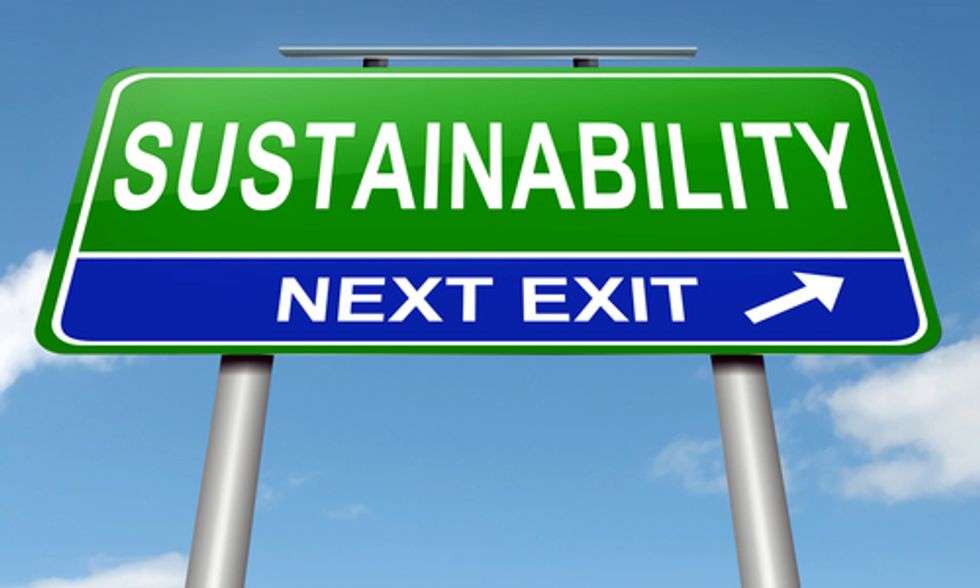 Collectively, the authors represent expertise in climate change, urban sustainability planning, environmental protection, and environmental policy and law. In this article, the authors propose regulatory and policy reform to develop comprehensive, locally led infrastructure and sustainability initiatives that improve public health and the environment. They look specifically at the case of water management as an opportunity for federal and local governments to work cooperatively, specifically through the implementation of green infrastructure systems. The following is an overview of the publication.

In the absence of federal policy on climate change, cities across the U.S. are making great strides in sustainability planning. We are seeing this for a variety of reasons. For one, the effects of climate change are felt more tangibly at the local level, and because city governments can make decisions that are attuned to local needs, innovative and flexible in design. These initiatives are designed to improve public health, environmental quality, overall quality of life and economic development and can engage citizens in the development process.

In the absence of federal policy on climate change, cities across the U.S. are making great strides in sustainability planning. These initiatives are designed to improve public health, environmental quality, overall quality of life and economic development and can engage citizens in the development process. Photo credit: Shutterstock

Many cities are addressing this issue with green infrastructure implementation. Green infrastructure is an approach that mimics or restores natural hydrological features to allow for the capture and reuse of stormwater—such as with green roofs and filtration planters. This is in contrast to traditional grey infrastructure, which refers to the usual stormwater pipes and storage tanks. Green infrastructure systems reduce stormwater runoff by filtering water through vegetation, soil and other media, slowing and reducing the flow of water. These green features also have many co-benefits including reducing the heat island effect and improving air quality, and have climate change-related benefits like cooling buildings and reducing the need for electricity powered air conditioning.

Who regulates the environment? Since the 1970s, federal level agencies in the U.S. have had the authority to regulate environmental resources. While it can be beneficial for the federal government to have complete authority in certain cases, environmental regulation is by its nature widely distributed across different levels of government. The authors note that because many sustainability initiatives are implemented at the local level, the interaction between local, federal and state regulatory authorities is significant. For example, federal mandates often create a mismatch between capital budgets and the priorities of local citizens and taxpayers. In the case of stormwater management, there are a number of issues.

As of 1987, stormwater is regulated under the Clean Water Act. The Clean Water Act grants authority to states to then impose requirements on municipalities to meet federal water quality standards—often in the form of fines, discharge limits, or rigid mandates. However, local government officials don’t get much of a say, even though they are the ones who are designing the neighborhood, and building and maintaining water infrastructure. In addition, there are challenges with costs. Stormwater management doesn’t receive the same level of financial assistance as do other components under the Clean Water Act; in many cases cities are essentially told what they must do, how they must do it, and that they must also bear the cost.

The authors see potential in addressing some of these regulatory issues, especially as cities are taking on increasing roles in sustainability planning. They suggest new approaches to regulation – ones that involve multiple community stakeholders, creative problem-solving across traditional silos, and cooperative agreements across government agencies. The case of green infrastructure provides an excellent example of how to integrate city-level initiatives with federal regulation.

Some cities are taking up a more integrated approach to stormwater management, by making long term investments in both green and grey infrastructure. In contrast, the federal approach tends to be more rigid, and goals are often compartmentalized in different programs, even though many of these goals are aligned and contain initiatives that impact one another. The authors argue that investment decisions that are aligned with regulatory planning at the municipal level would lead to more efficient allocation of resources, and solutions that are better tailored to local conditions. To illustrate their point, the authors looked to New York City. New York is well known for its innovative sustainability planning, and in 2010 released its Green Infrastructure Plan, which was formalized in 2012 when the New York State Department of Environmental Conservation (DEC) and the New York City Department of Environmental Protection (DEP) agreed to reduce CSOs and achieve higher water quality standards through a combination of grey and green infrastructure, with increased investment in green infrastructure technologies. The agreement took a flexible approach, setting broad performance goals while giving the city the flexibility to decide how it wants to meet them. This is a groundbreaking test case of adaptive management, and has the potential to provide a set of best practices that other municipalities can draw from.

The authors also acknowledge that the Environmental Protection Agency (EPA) has taken some positive steps towards increased flexibility. They highlighted EPA’s recent Integrated Framework, based on an adaptive management, agreement-based framework that includes participation of the community—an important step to truly integrated planning. This new integrated framework represents a “real shift in both tone and substance for EPA,” although the extent of meaningful change is still unclear.

Cities are taking action to implement sustainability initiatives that impact multiple sectors, while the federal government is barely beginning to move away from using tools that are unsuited to address sustainability. The EPA often works in a manner that conflicts with how cities operate, when it should be working with and learning from them. Fortunately, federal and local governments can work more collaboratively to improve sustainability. The authors show how water quality in urban areas can be improved through locally-designed solutions, using green infrastructure to reduce CSOs and stormwater pollution, while complying with federal law. It’s therefore no surprise that: “many of the green infrastructure innovations pioneered by cities are now making their way into federal programs and initiatives.”

Carter H. Strickland, Jr. is Vice President for Water and Natural Resources at HDR, Inc., and was Commissioner of the New York City Department of Environmental Protection from 2011–2014.

Michael B. Gerrard is Director of the Sabin Center for Climate Change Law and the Andrew Sabin Professor of Professional Practice at Columbia Law School, and Senior Counsel to Arnold & Porter LLP.

Daniel M. Firger, the former Associate Director and Postdoctoral Research Fellow at the Sabin Center for Climate Change Law, is with Bloomberg Philanthropies.