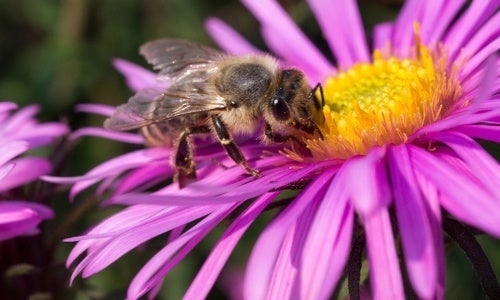 Over the last decade, we’ve heard the term “colony collapse disorder” a lot, describing the die-off of honeybees, pollinators essential to maintaining our food crops. Scientists have been looking for the cause and have identified one likely source as the neonicotinoids used in pesticides. 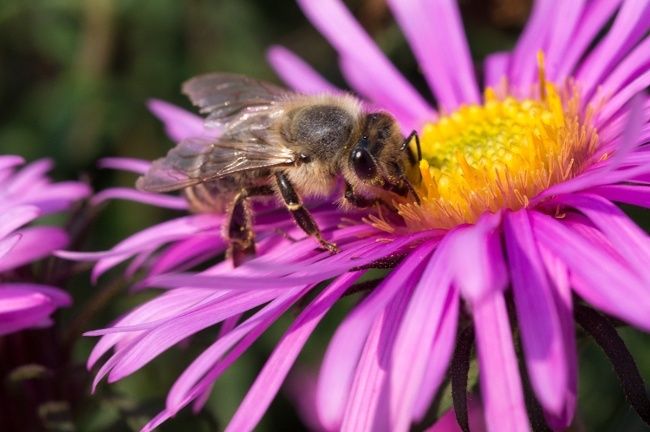 Fortunately, there has been a lot of pushback on their use. While the Obama administration released its National Pollinator Health Strategy in May, focusing on planting millions of acres of federal land with pollinator-friendly plants and conducting more research but not limiting use of neonicotinoids, millions of people signed petitions calling for stronger rules.

But some businesses aren’t sitting around waiting for the federal government to act and are listening to public concerns. Friends of the Earth (FOE) and Pesticide Research Institute are applying some positive reinforcement and giving kudos to those who are addressing the problem in a new report, Growing Bee Friendly: Profiles in Innovation. It spotlights how some businesses are developing strategies and resources to protect bees in response to public demand.

“A growing number number of wholesale nurseries, retailers and institutions have successfully made the shift away from bee-harming pesticides,” said Lisa Archer, FOE food and technology director. “We hope this report will be a resource for other responsible businesses as they get toxic, bee-harming pesticides out of their plants, off their shelves and out of the environment as soon as possible.”

The report focuses on businesses that have taken steps to remove neonicotinoids, including the world’s two largest home improvement retailers, Lowe’s and Home Depot, which responded to an intense public pressure campaign after a report called Gardeners Beware 2014 was released last year by FOE and the Pesticide Research Institute, showing that 51 percent of the plant samples purchased at major gardening retailers in 18 U.S. and Canadian cities contained the harmful pesticides. Whole Foods and BJ’s Wholesale Club have also begun to remove products containing the pesticide from their outlets.

Just this past week, the Ace Hardware chain announced that it is willing to look into removing products containing neonicotinoids from its stores.

“Ace Hardware will be diligent in working with our vendors to take appropriate action to protect pollinators,” said the company’s vice president of merchandising Frank Carroll.