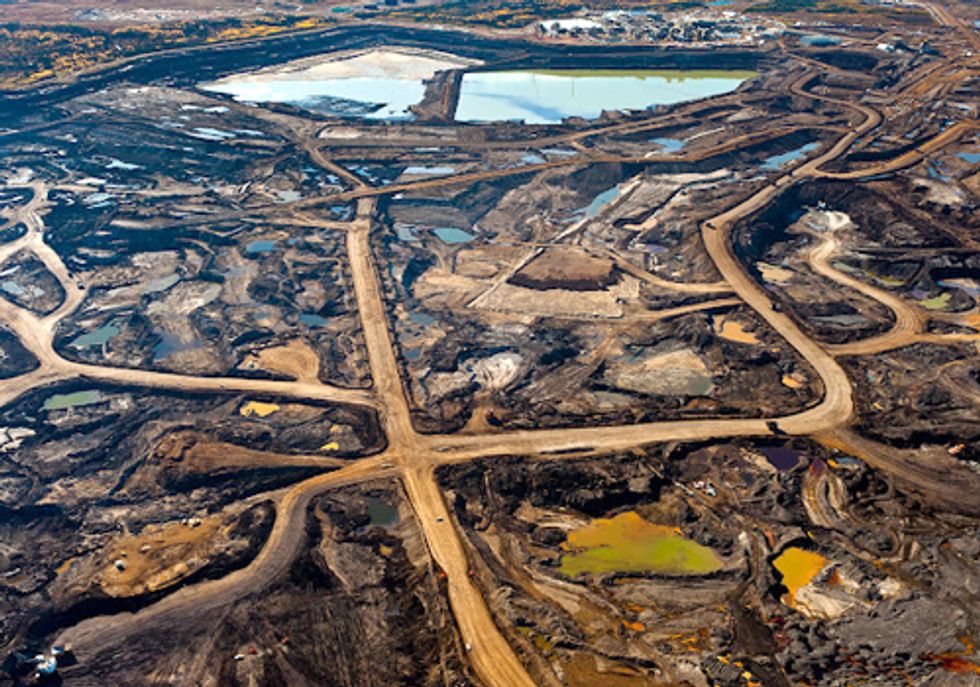 The energy revolution sweeping the U.S. is now taking up serious column inches in the nation’s papers. Last week, the Wall Street Journal ran with with the headline: “Expanded Oil Drilling Helps U.S. Wean Itself from Mideast.”

The next day it was “U.S. Wakes Up to North American Oil Abundance.”

There is no doubt that the dirty tar sands and fracking are revolutionizing the industry. But what is less understood is how inter-connected the two are. Ironically, one dirty technology is actually boosting the other.

One of the big energy issues dominating the energy and political debate over the last year has been the building of the Keystone XL pipeline, which would facilitate the export of tar sands from Canada to the U.S.

But what many people don’t realize is that, at the moment, the U.S. is actually exporting light crude to Canada. An informative article by John Kemp, a Reuters market analyst, explained how last week.

The fracking boom has produced an excess of condensate in the U.S. Condensate is a by-product of oil and gas production. It is a kind of wet gas or gaseous liquid depending on how you look at it. It is abundant in the shale gas and tight oil wells being drilled across America using hydraulic fracturing.

On the downside for refiners, this surplus has reduced refining margins for the light crudes and condensates.

But, by a twist of fate, is has also provided a major boost to Canada’s dirty tar sands industry, as the condensate is perfect for diluting and liquefying the semi-solid bitumen extracted from the tar sands so that it can flow through pipelines.

So as tar sands producers gear up for massive expansions of their high carbon production, more and more of the condensate produced from fracking is being exported to Canada to facilitate the transportation of bitumen to American refineries.

According to the Energy Information Administration (EIA), the independent statistical arm of the U.S. Department of Energy, in the first three months of 2011, the U.S. exported 1 million barrels of a type of light condensates known as “pentanes plus." These exports rocketed to 10 million barrels in the same period this year.

Last month, one company announced it would be exporting 100,000 barrels per day of condensate for at least ten years from Illinois to the tar sands.

And the exports are set to skyrocket. By 2025, the demand for light condensate to feed the tar sands is predicted to be more than 450,000 barrels per day.

If it wasn’t for the severe local impacts of fracking, it would be sadly ironic that America is trading its relatively low carbon oil for Canada’s high carbon tar.

But without a climate-led energy policy that places a safe limit on carbon in North America, it is simply predictable to find that one destructive energy production method is feeding another.