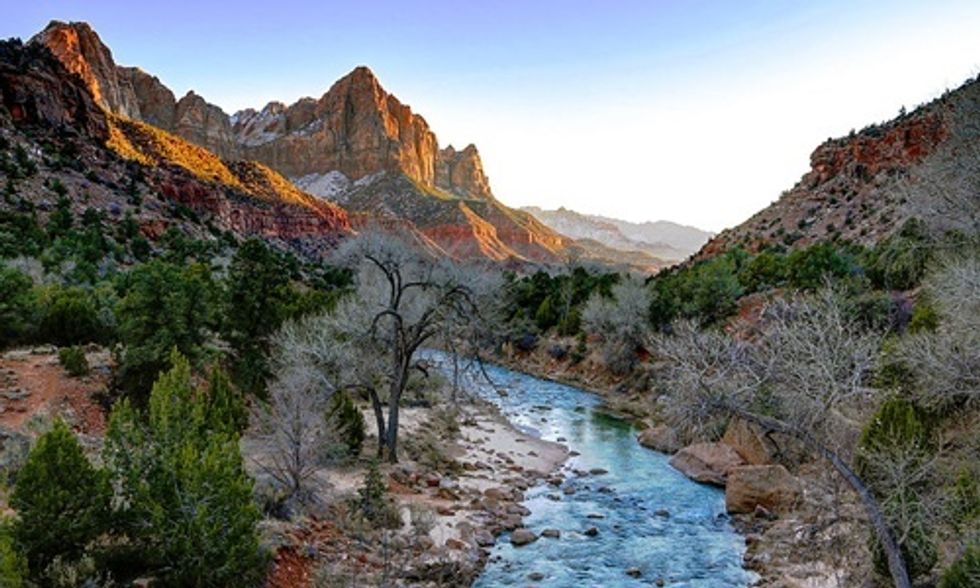 The U.S. currently has 59 national parks, protecting more than 210,000 square miles of land with several more public lands being preserved on state and local levels. Very few national parks are large enough to contain ecosystems. Problems such as greenhouse gases, climate change, industrial fumes, the extent of land development and their environmental impacts were not envisioned when most of their borders were first enacted.

The physical boundaries of these public lands are not enough to protect their ecosystems from exterior influences. The National Parks are not islands. They have intimate connections to our lives. They are sources of clean air, clean water and untouched forests that thousands of species, including our own, depend on. New studies reveal that our public lands are too fragmented and small to sufficiently protect the biodiversity of the U.S.

A recent study—Habitat Fragmentation and Its Lasting Impact on Earth’s Ecosystems—on habitat fragmentation came to some startling conclusions for our country’s ecosystems, many of which our public lands were enacted to protect and conserve. The study conducted by some of the leading ecologists in the world focused on long term habitat fragmentation experiments in several different continents. They discovered that 70 percent of the existing forestlands in the world are within .5 mile of the forest’s edge, making them susceptible to suburban, urban and agricultural influences that continue to intrude further into forests everyday. These influences were found to reduce diversity of life by 13 to 75 percent in all areas studied, with the percentage increasing the closer the habitat to the edge. In fragmented habitats, within 20 years nearly half of all species are lost and this downward trend continues over time.

Haddad used the Yellowstone to Yukon corridor as an example. He states, “The 1,800 miles of lands stringed together consist of several national parks and other protected lands, creating a superhighway for wildlife to flourish. With human population increasing and the resources those increases call for, there is a greater need for more conservation against these pressures. We need to take advantage of the parks and other public lands, think outside their boundaries to create resilience and resist the negative changes of a shrinking wilderness.”

A co-author of the paper published on Habitat Fragmentation, Clinton Jenkins, also published a paper on April 2, U.S. Protected lands mismatch biodiversity priorities. Many areas with high concentrations of biodiversity in the U.S. are inadequately protected and conserved, especially when it comes to protecting unique species to specific geographical areas. “Most species are very small and endemic to very small geographical areas. These rare, narrowly distributed species, most often fish, reptiles, amphibians, are often overlooked when it comes to conservation,” said Jenkins.

The study found that the most endemic rich states in the continental U.S. exist in the southeast and despite consisting of 10.8 percent of the land area of the country, only 7.8 percent of the country’s land easements exist in these regions. Some priority areas cited are the middle to southern blue ridge mountains of North Carolina, the Sierra Nevada Mountains, Florida panhandle and Florida keys among several others. According to the paper, habitat loss is the primary threat to the survival of a species, and the lands being conserved in the U.S. are not geographically configured to distribution of endemic and vulnerable species.

Jenkins states, “It is a biological defined trend that heavily fragmented habitats are too small to thrive in the long term. Multiple strategies to connect these priority areas need to be implemented such as better land management and more incentives to private landowners for conservation. Financial resources are most often directed to the most convenient areas to conserve or where the funding originated rather than what makes the most sense in protecting biodiversity. By redirecting the financial resources available to conservation to connect endemic rich areas large enough to protect ecosystems, it will make it much cheaper and easier to maintain those areas."