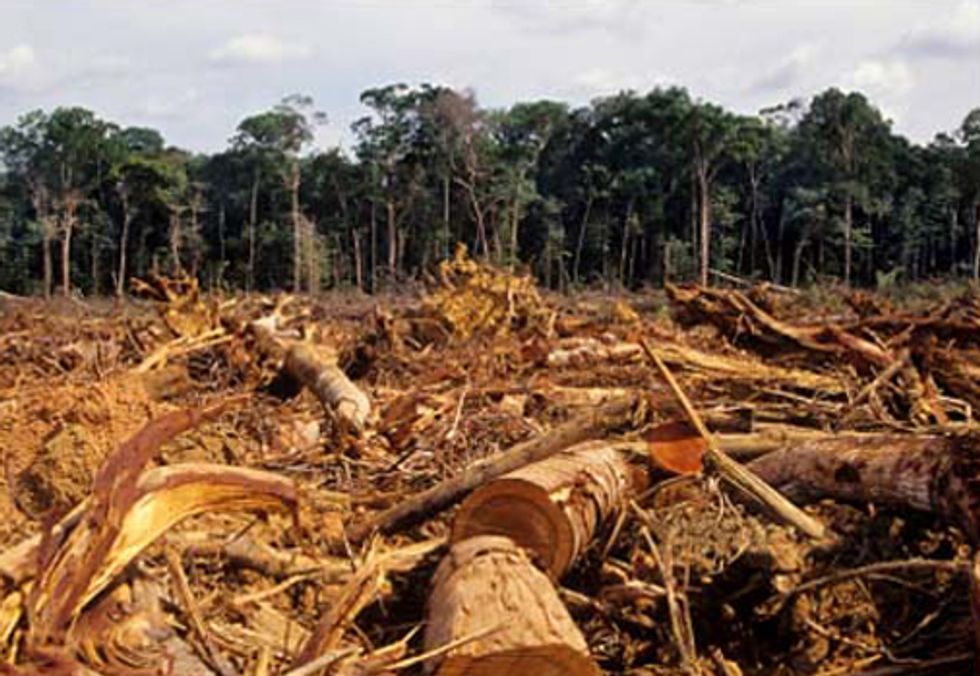 Preventing illness is the best way to get health care costs down. So why aren’t governments doing more to protect the environment? We’ve long known that environmental factors contribute to disease, especially contamination of air, water and soil. Scientists are now learning the connection is stronger than we realized.

New research shows that 60 percent of emerging infectious diseases affecting humans—those that rapidly increase in incidence or geographic range—start with animals, two-thirds from wild animals. Lyme disease, West Nile virus, Ebola, SARS, AIDS ... these are just a few of the hundreds of epidemics that have spread from animals to people. A study by the International Livestock Research Institute concludes that more than 2 million people a year are killed by diseases that originated with wild and domestic animals. Many more become ill.

According to an article in the New York Times, “emerging diseases have quadrupled in the last half-century.” The increase is mainly due to human encroachment into and destruction of wildlife habitat. For example, one study concluded that a four percent increase in Amazon deforestation led to a 50 percent increase in malaria because mosquitoes, which transmit the disease, thrive in the cleared areas.

Another example from the article shows how interconnected life is. Development in North America has destroyed or fragmented forests and chased many predators away. This has led to a huge increase in white-footed mice, which carry Lyme bacteria. The mice are not good at removing ticks and their larvae, so the ticks pick up bacteria from the mice and spread it to other mammals, including humans. Because the number of Lyme-infected ticks has multiplied, more are transferring the disease to humans.

“When we do things in an ecosystem that erode biodiversity—we chop forests into bits or replace habitat with agricultural fields—we tend to get rid of species that serve a protective role,” Lyme Disease Researcher Richard Ostfeld told the New York Times, adding that our actions tend to favour species that act as disease carriers.

Global warming is adding to the problem. A study in the journal Nature titled Impact of Regional Climate Change on Human Health notes that heart attacks and respiratory illness due to heat waves, altered transmission of infectious diseases and malnutrition from crop failures can all be linked to a warming planet. And economic and political upheaval brought on by climate change can damage public health infrastructure, making it difficult for people to cope with the inevitable rise in sickness, according to a study in the Archives of Medical Research called Global Warming and Infectious Disease.

Research has also shown that warming ocean waters are increasing the incidence of waterborne illnesses, including those caused by toxic bacteria in shellfish.

This is costly to the economy as well as to human health and survival. The World Bank estimates that a severe influenza pandemic could cost the world economy $3 trillion. Environment Canada says air pollution alone costs the Canadian economy billions of dollars a year because of increased health-care costs, missed work days and reduced productivity.

A key solution, according to the One Health Initiative, is to look at the links between human, animal and ecological health and to manage our activities in a sustainable and holistic way. The U.S.-based initiative is bringing experts in human, animal and environmental health together to study these links.

Another promising area of research is natural capital evaluation. Although it’s difficult, if not impossible, to put a dollar value on the numerous services nature provides, leaving them out of economic calculations means they are often ignored. Forests and green spaces filter water and store carbon. Urban green spaces provide cooling and protection from storms. And, ecosystems in balance help to protect us from disease outbreaks. Destroying these systems and replacing them with human-built infrastructure or paying for the consequences often costs much more than profits gained from exploitation.

With the world’s human population now at 7 billion and growing, and the demand for technology and modern conveniences increasing, we can’t control all our negative impacts. But we have to find better ways to live within the limits nature and its cycles impose. Our physical health and survival, and the health of our economies, depend on it.