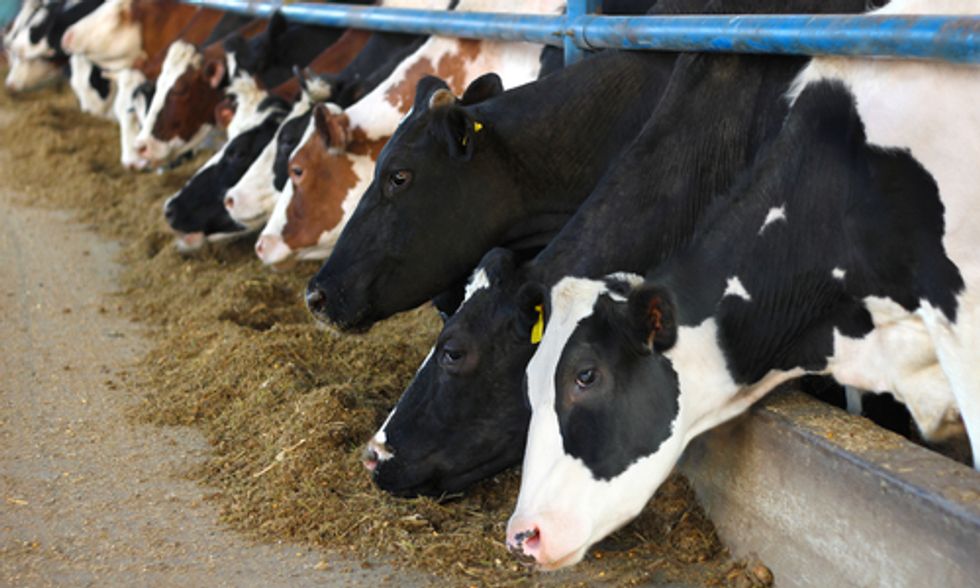 The planet and its inhabitants will always welcome recycling and decreases in water and energy usage, but take a look at your beef consumption if you really want to help the environment.

A new study in the Proceedings of the National Academy of Sciences says livestock production puts more of a strain on our air and water quality and ocean health than most realize while ramping up greenhouse gas emissions regionally and globally. All told, beef, pork, chicken, eggs, dairy and plant food production combines for the largest use of land around the world.

Still, beef stands far above the production of other livestock for its negative environmental impact. According to the study, beef production requires 28 times more land, 11 times more water and six times as much reactive nitrogen as the average of the other forms of livestock.

Livestock production uses more land than any other process, but beef production takes the cake for its strain on the environment.
Photo courtesy of Shutterstock

“For people, the obvious answer is: Whenever possible, replace beef with something else," Gidon Eshel, the study's lead author and a geophysicist at Bard College, told the Los Angeles Times.

"If you really need it to be from animal sources, that’s still OK. You can still have bacon and eggs and whatever you want. As long as it’s not beef, you have always made a significant step forward, because beef is so much more intensive than the rest.”

The good news is that the USDA projects its lowest per-capita consumption of beef since the '50s. Additionally, the study prompted Kim Stackhouse-Lawson, director of sustainability research for the National Cattlemen's Beef Association, to remind people that the U.S. beef industry produces its products with fewer emissions than any other developed country.

The Times also spoke the author of a study in the Climate Change journal that examined methane and nitrous oxide emissions during the production of 11 livestock populations in 237 countries. Beef represented more than half of the emissions, followed by dairy cattle at 17 percent and sheep, buffalo, pigs and goats all in single digits. While emissions from U.S. livestock production dropped by 23 percent since 1970, they have more than doubled in developing countries, the Climate Change study's co-author Ken Caldeira, a Carnegie Institution ecologist, said.

In talking to the Huffington Post about his study, Esehl encouraged consumers who won't stop eating beef to consider more than if your meat is from a local source or if it was fed grass. He said the climate of the area where the animal was raised is more important, as are the particular farming methods that were used.

"I really appreciate the good intentions of many individuals who strive in their personal choices to lessen their environmental impact," Eshel said. "I would just caution ... against adhering to canned solutions that are purported to make matters better with little or no evidence that they in fact do."