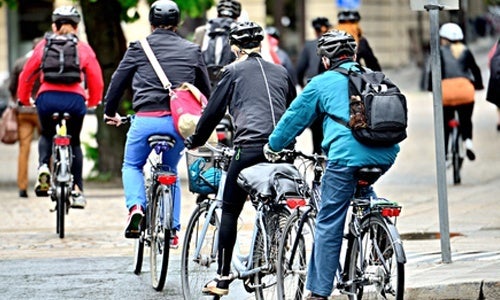 Thinking about taking your bike out for a spin? Chances are your commute will be a lot smoother if you live in the western U.S. compared to, say, the south. The League of American Bicyclists has released their annual rankings of the most bike-friendly states in the U.S. on a 0-to-100 point scale. Washington sits first on the list with 66.2 points while Alabama is dead last with 12.3 points. 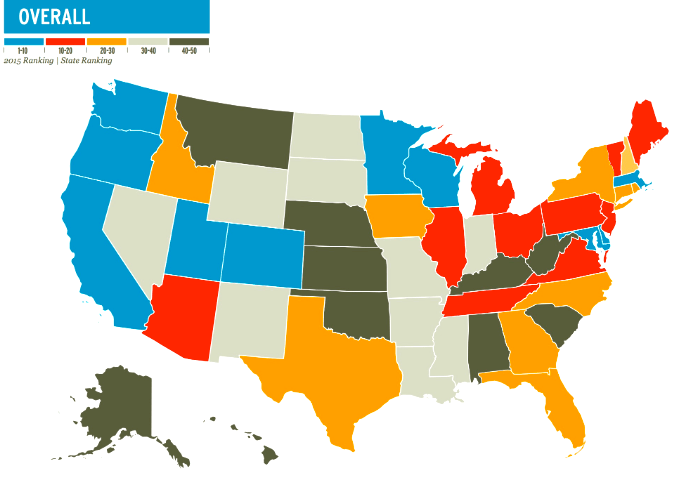 Here are the best states for bicycling. Where does your state rank? Photo Credit: League of American Bicyclists

The rankings are based on a questionnaire that’s answered by each state’s Bicycle Coordinator and examines the following “bikability” categories: legislation and enforcement, policies and programs, infrastructure and funding, education and encouragement, and evaluation and planning. This translates to bike lanes and paths, safety laws, leaders who promote cycling tourism, etc.

Impressively, the Evergreen State has held onto the top spot since the organization kicked off its yearly rankings in 2008, making the state an eight-time consecutive champ. However, the league suggested that the state not get too complacent. 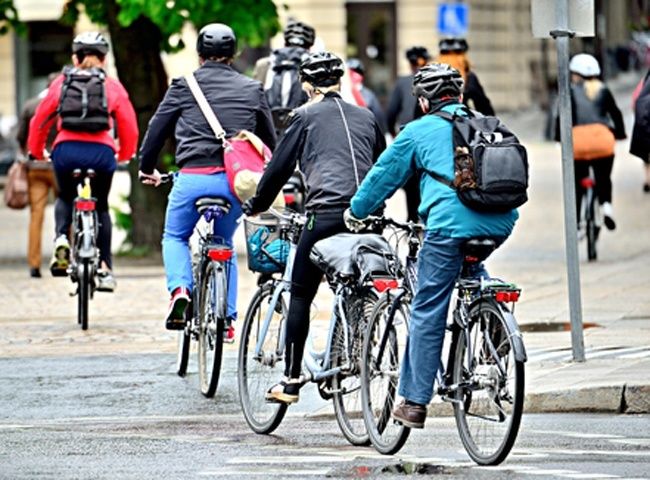 How bike friendly is your state?

“Although Washington State has been number one for the past eight years, the gap between number two [Minnesota, 62.7 points] and number three [Delaware, 54.8 points] has steadily decreased since 2013,” the league said.

The league gave Washington, as well as the other 49 states, some feedback on how to encourage more people to get on their bikes on their “report card” section. For Washington, one suggestion was that their State Department of Transportation should “build upon its past successes by increasing staff capacity for planning, engineering, and implementation of solutions that make bicycling and walking safer and more convenient.”