How Did Hepatitis Get into Organic Berries? 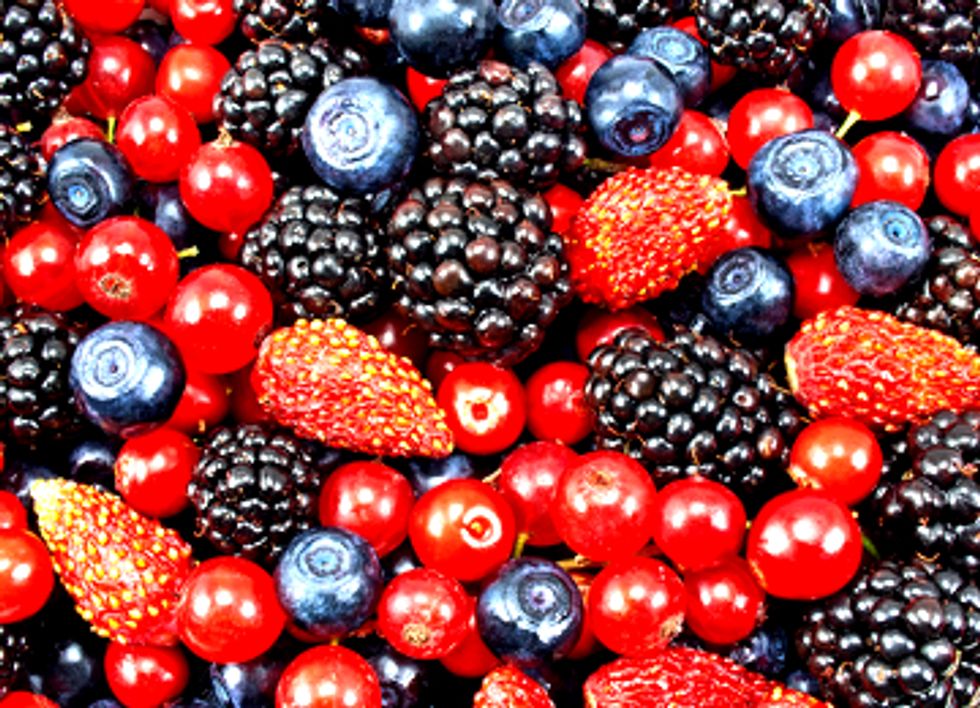 The latest example of how even health-conscious eaters are not immune from foodborne illness outbreaks came last week with a recall of organic frozen berries contaminated with Hepatitis A. The products were sold under the brand name of Townsend Farms at two large chains: Costco stores in the west and Harris Teeter stores.

The latest count from the U.S. Centers for Disease Control (CDC) and Prevention is 87 people infected in eight states: Arizona, California, Colorado, Hawaii, Nevada, New Mexico, Utah and Washington. Of these, 36 have been hospitalized.

According to the CDC, Hepatitis A “usually occurs when an infected food handler prepares food without appropriate hand hygiene." However, the source of this particular strain is still unclear, except that it probably did not originate in the U.S.

This outbreak raises several important questions about our food system.

Are Companies Duping Consumers with “Farm-washing"?

According to the fine print on the back label, shown on food safety attorney Bill Marler's blog, the fruit came from around the world: Chile, Argentina and Turkey. The pomegranate seeds processed in Turkey appear to be the culprit.

But you couldn't tell the international origins from the front of the packaging labeled “Organic Antioxidant Blend," with the bucolic image of Townsend Farms and its warm and fuzzy tag line: “Since 1906, Field to Farm to Family."

It seems at least one victim of the outbreak was fooled by the imagery. According to CBS News, Geoff Soza of California ate “a healthy breakfast of thawed frozen berries and Greek yogurt every morning" but while “celebrating his 30th wedding anniversary in Yellowstone National Park," the 64-year-old wound up in the hospital instead. At one point, things looked so serious that the words “liver transplant" were uttered by a doctor.

Soza seemed shocked to learn his favorite berries were not from the Oregon farm depicted on the packaging. According to the story:

Healthy and health-conscious, the Sozas always inspect their foods and select organic produce. They were surprised to learn that some of the fruit from Townsend Farms of Fairview, OR, was from outside the U.S. But the packaging convinced the Sozas the fruit was all-American because it bears the slogans "Grower. Processor. Distributor." and "Field to Farm to Family, since 1906."

Soza's wife put it plainly: "It was our distinct impression that these are raised under U.S. standards, especially organic food standards."

I asked Mark Kastel, co-founder of The Cornucopia Institute, if he thought the Townsend label was confusing as to the product's origins.

“Yes, it's deliberately deceptive, to make you think you're buying local fruit from the farm up the road," Kastel said. "There are many examples of this. Often companies with the word 'farm' in their name don't even do any growing themselves, they just contract with farms, sometimes from all over the world. Or they just buy from brokers in the farms or an anonymous source."

How does this connect to food safety risks? While small, local farms are not immune, the difference is in the magnitude of the impact: with a small farm, any adverse impacts are only felt locally, but with globalization, the potential hazards are spread far and wide, and to a much larger population.

Also, about the antioxidant claim on the package, registered dietitian Andy Bellatti says, “All whole, plant-based foods contain antioxidants. So, any combination of fruit can be 'an antioxidant blend' and what matters most is diversity of antioxidants, not just from berries."

Can We Trust Organic Labels on Imported Foods?

Among the most frequent questions I get regarding organic is “what about imported food; can we trust the standards in other countries?" The Townsend berries sport the U.S. Department of Agriculture (USDA) organic seal, indicating that even though the mix contains imported fruit, it still conforms to the high U.S. based organic standards.

The short answer to that question lies in the fact that firms worldwide have the ability to certify farms according to the standards set forth by the USDA. As long as a proper authority can verify a farm operates according to organic standards once a year, that farm can become USDA-certified organic whether it's outside Indianapolis or Istanbul.

OK, but can we trust these foreign certifiers? Some watchdog groups such as Center for Food Safety and Cornucopia Institute have greater confidence in U.S. farms and U.S. organic certification than from imports. These groups and many others have grave reservations about particular countries with an increasing presence in the U.S., particularly China and India.

How Many Sick People Will it Take to Get Feds to Act?

Most importantly, this serious outbreak underscores once again, how the stalled food safety regulations, as mandated by the Food Safety Modernization Act (enacted in 2011), are adversely impacting public health.

The law, which numerous groups pushed hard for, mandates significant upticks in foreign inspections by the Food and Drug Administration (FDA), although how those increases will be funded remains a serious question. Additional import safeguards include giving the FDA authority to require certification for food coming from certain countries as a condition of admission to the U.S.

But the required regulations for how these preventive measures would be implemented have been overdue for more than a year now. In April, a federal court agreed with the Center for Food Safety's lawsuit that the FDA has failed to adhere to statutory deadlines for final regulations.

The bad news is that while the FDA continues to drag its feet, Americans continue to get sick. Whether it's Hepatitis A in imported berries, listeria in imported cheese or salmonella in imported papayas, our regulators have a lot more work to do to safeguard the food supply. Let's hope it won't take more illnesses to get them to take action.