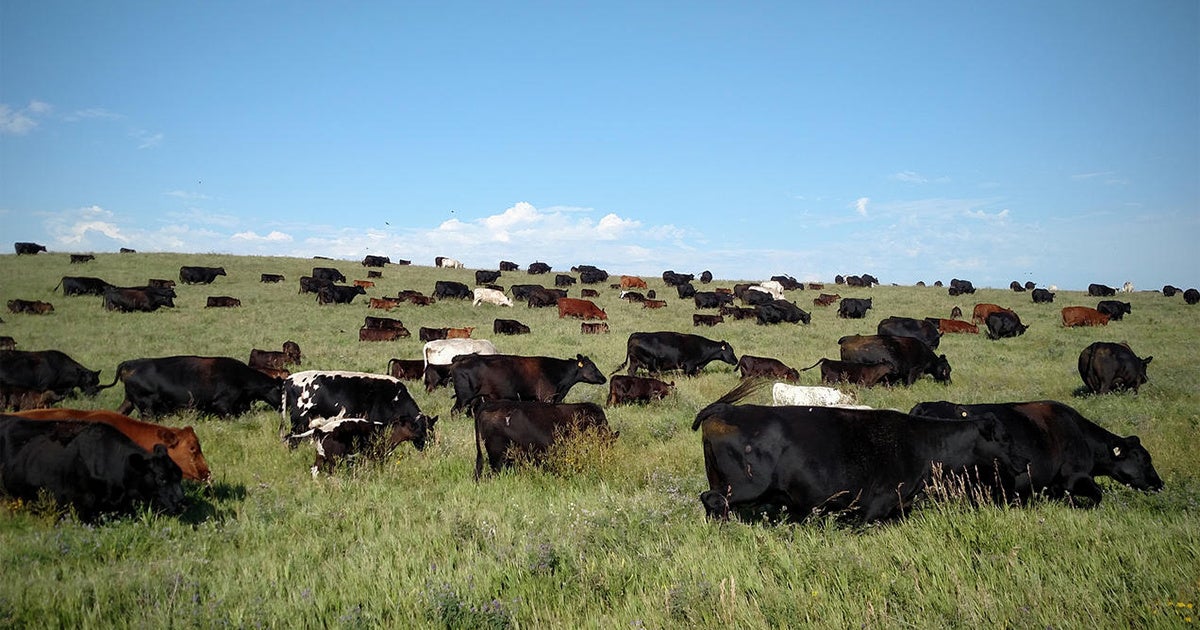 Sometimes enlightenment arrives as a flash of epiphany: a gravity-obeying apple that falls from a tree, for instance, or a blinding light that freezes you in your tracks on the road to Damascus.

Other times, though, it’s more of a process. That’s how Gabe Brown came to regenerative agriculture. About 20 years ago, Brown nearly lost his 1,760-acre farm outside Bismarck, North Dakota, which he had taken over upon his in-laws’ retirement in 1991. Just as his wife’s family had done since the 1950s, Brown continued to till, fertilize, graze and chemically treat the land—all of which were considered best practices at the time.

In high school and college, he said, “I was taught the current production models. That’s all I was exposed to. I learned the conventional mind-set—how to use all the fertilizers and pesticides and fungicides, and how to give growth hormones to cattle to get them to grow faster.” 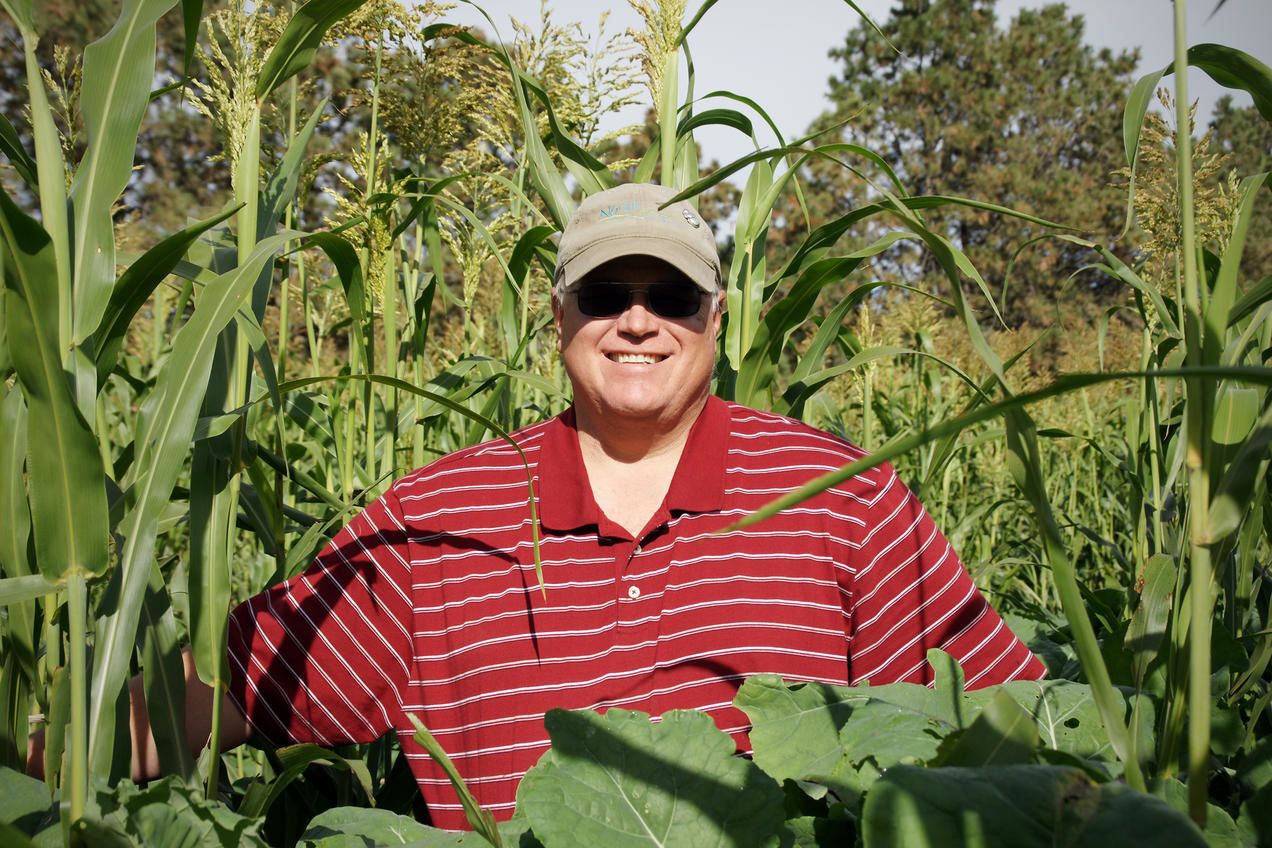 Then, in 1995 and 1996, a pair of massive hailstorms destroyed his crops. A blizzard followed in 1997, leading to the deaths of many of the cows the Browns had been relying on to generate income in the wake of their successive crop failures. Brown and his wife steeled themselves and regrouped, only to have a third freak hailstorm destroy their crops once more. In discussing these events and their aftermath, Brown tends to refer to this dark time in his farming life as “the four years,” in the kind of hushed tone typically reserved for myths and legends.

He didn’t give up. Having already been introduced to the central ideas of regenerative agriculture, Brown was eager to give them a try—to fortify his weakened farmland by minimizing synthetic inputs and restoring ecological balance. Put simply, regenerative agriculture aims to boost microbial activity, carbon retention and water infiltration in soil so that plants can get more of what they need more efficiently. Paradoxically, the best way to achieve this agricultural state of grace is to do less, not more.

Some examples of regenerative ag include reducing or refraining altogether from tilling, which farmers have been doing for centuries but which can destroy soil structure, inhibit water infiltration and increase erosion; ending the use of synthetic fertilizers, pesticides, and fungicides, so that healthy microbial biodiversity can flourish underground; and planting cover crops in multispecies combinations to “armor” the soil, further preventing erosion and promoting the generation of organic matter. Brown had heard the stories from scientists and other farmers about how these strategies could result in higher crop yields and greater soil resilience, irrespective of location. After enduring the four years, he and his wife knew something had to change.

And so it did. Brown now runs a flourishing 5,000-acre ranch with his wife and their son, Paul, and has become a well-known champion of soil health in the bargain. His story is recounted in a new book, Dirt to Soil: One Family’s Journey into Regenerative Agriculture, which also serves as a primer for farmers, ranchers, and policy makers who want to better understand how one can boost the operations of an entire farm by putting the health of the soil above all else. Moreover, Brown’s conversion experience suggests a possible way out of our modern agricultural predicament, wherein centuries of mechanical and chemical disturbance have rendered soils nutritionally depleted and highly vulnerable—locking farmers into cycles of constant (and costly) interventions that only serve to perpetuate the underlying problem.

Once Brown started to think of his soil not just as a medium for other living things but as a living thing itself, he was stunned by the immediate results. In one early experiment, he planted several one-acre plots with different monoculture cover crops: radishes, turnips, lupine, and so on. But on one plot, he planted all of these together in a biodiverse polyculture “cocktail.” Over a two-month period marked by very little rain, production was three times greater on the polyculture plot. 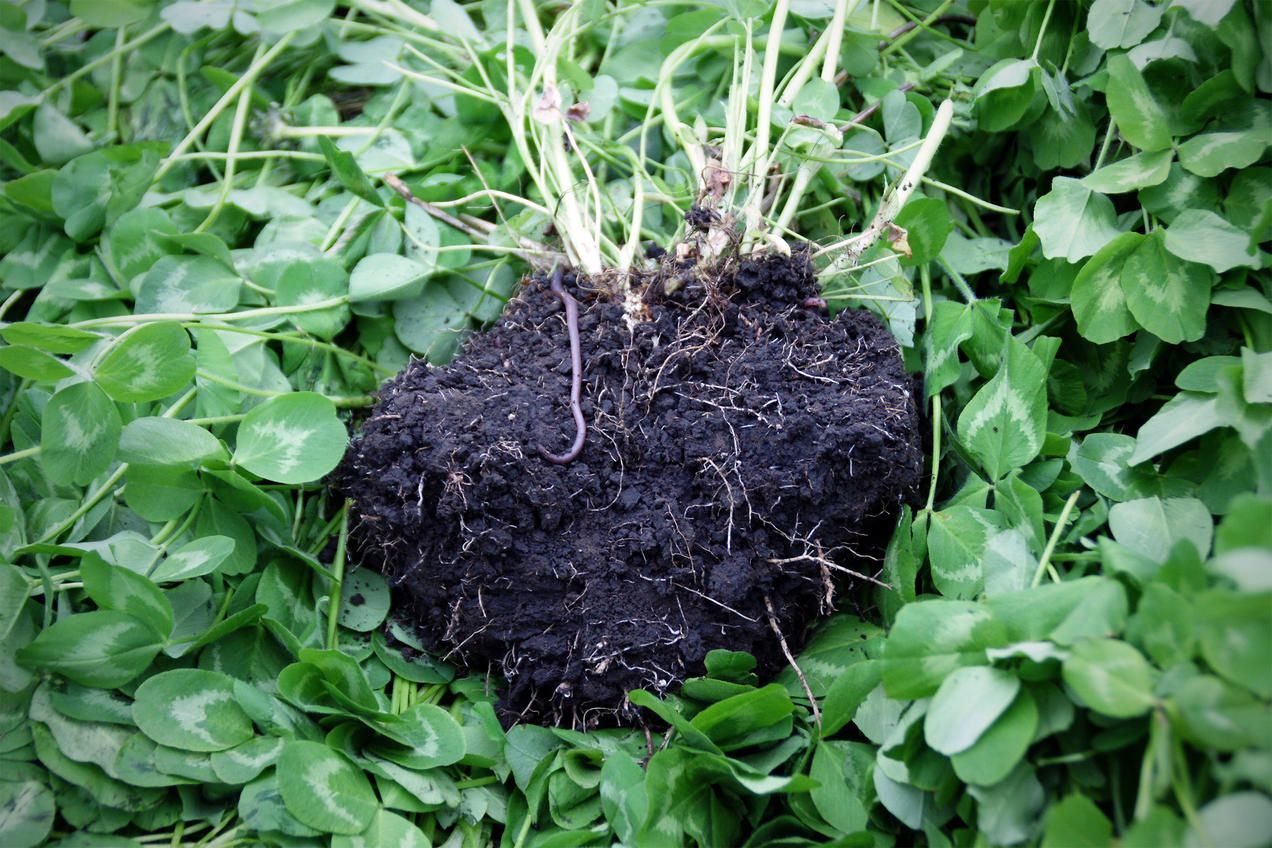 A healthy cut of soil from Brown’s land.Gabe Brown

By 2010, Brown stopped using synthetic fertilizers and today, his crop yields are 20 percent higher than the average yields in his county. He’s also seen water-infiltration rates skyrocket—from one-half inch per hour, back in 1991, to one inch in nine seconds in 2015. Carbon-retention rates have risen dramatically, too. “On our home place, where we’ve done in-depth, significant testing, our soils have 96 tons of carbon per acre in the top 48 inches,” he said—compared with the 10 to 30 tons of stored carbon typically found in conventionally farmed soils of the Northern Plains.

“I tell people that many of the ills we’re seeing today—whether we’re talking too much carbon in the atmosphere and not enough cycling in the soil where we need it, problems with our watersheds, nitrates in our estuaries or in the Mississippi Delta or the Gulf of Mexico or the Great Lakes or the Chesapeake—we can solve all of those,” Brown said. And there’s consequences for human health, too. “We no longer have healthy, functioning soil, so we don’t have the ability to move nutrients out of the soil and into plants,” he said. “People aren’t getting the necessary nutrition they need from the food that’s being produced.”

Brown now spends nearly as much time touring the country and spreading the regenerative agriculture gospel as he does working his land. He’s hopeful that the message is breaking through to a younger generation of farmers. “They’re looking for something else, because the production model we’re in is just wrong; it’s broken,” he said. “But what’s wonderful today about these younger producers is that they have the experience of all of us—the ones who went before them—to draw upon.” The seeds of regenerative agriculture have been planted.