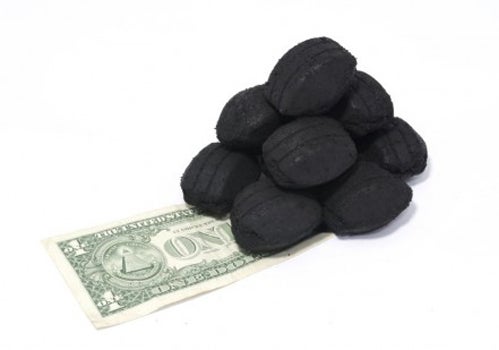 Senators voted down a resolution aimed at gutting the U.S. Environmental Protection Agency’s (EPA) Mercury and Toxics Standards (MATS) for power plants on June 20 by a vote of 46-53. The 46 senators voting for this anti-science and anti-health resolution are awash in campaign contributions from the very companies that would have profited from its success.

That means those voting in favor of mercury-laden toxic air have taken more than 2.5 times the payout from coal companies than those opposing it since 1999.

During the current Congress, the average senator voting in favor of S.J. Res. 37 has taken almost $63,000 from dirty energy companies while the average nay voter took $22,000.

In total, senators voting in favor of the resolution have taken more than $9.7 million from coal interests since 1999, while those voting against have taken $4.4 million.

The extent to which coal money influences voting is clear when you consider how the senators from coal state West Virginia voted. Sen. Joe Manchin, who voted for the resolution has taken $287,500 from coal interests during this Congress alone. Sen. Jay Rockefeller, who voted against the measure, has taken $9,500.

Let’s not forget how wrong it is that any of our representatives are taking any money from the fossil fuel industry. Our fight continues. Find out more by clicking here.