How College Campuses Are Creating New Models For Transportation 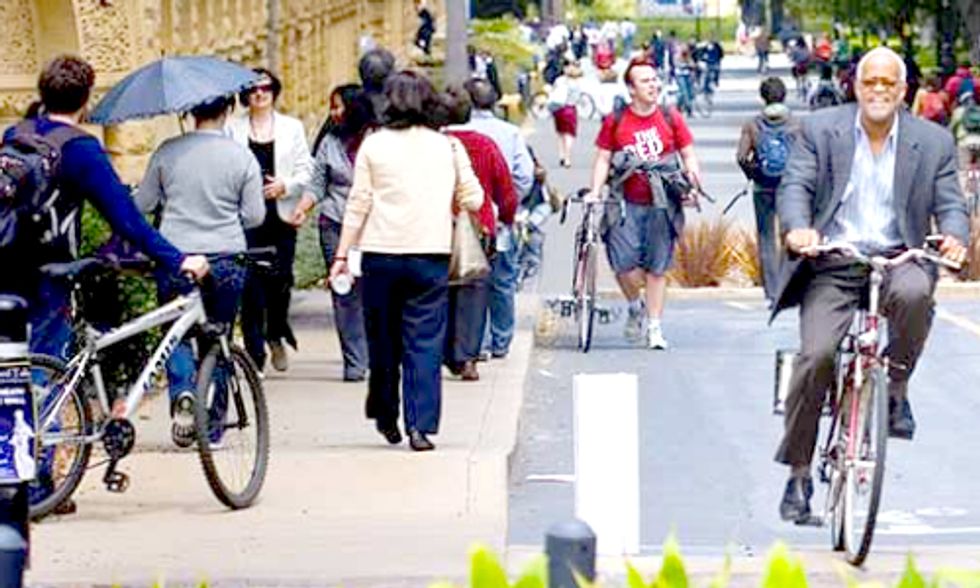 Americans are pedaling more and driving less, and college campuses are no exception.

The trend toward more bicycle-friendly campuses is on the rise, according to a new study. Photo credit: U.S. Public Interest Research Group Education Fund

Enhancing bike paths and the walkability of universities helps colleges save funds they would spend on creating or expanding parking lots while keeping gas money in the pockets of students and faculty. The study highlights several initiatives like bike- and car-sharing memberships and discounts, adding online components to more courses and investing in pathways.

Research from the Federal Highway Administration shows that Americans, ages 16 to 34, reduced their annual driving miles by 23 percent per person between 2001 and 2009.

The study highlights universities doing their part, including:

The PIRG Education Fund sees a parallel between college campuses and cities like Portland, OR and Fort Collins, CO, who are among the "platinum" leaders of the country's Bicycle Friendly Cities, as listed by the League of American Bicyclists. Many of the cities on that lost are college towns.

“Universities have a lot in common with cities,” according to the study. “They must get the most value out of limited land, they are acutely aware of problems associated with being overrun by cars; and they need to focus on the tastes and aspirations of young people.

"It’s no wonder that universities are leaders in finding successful ways to make it easier for people to drive less.”