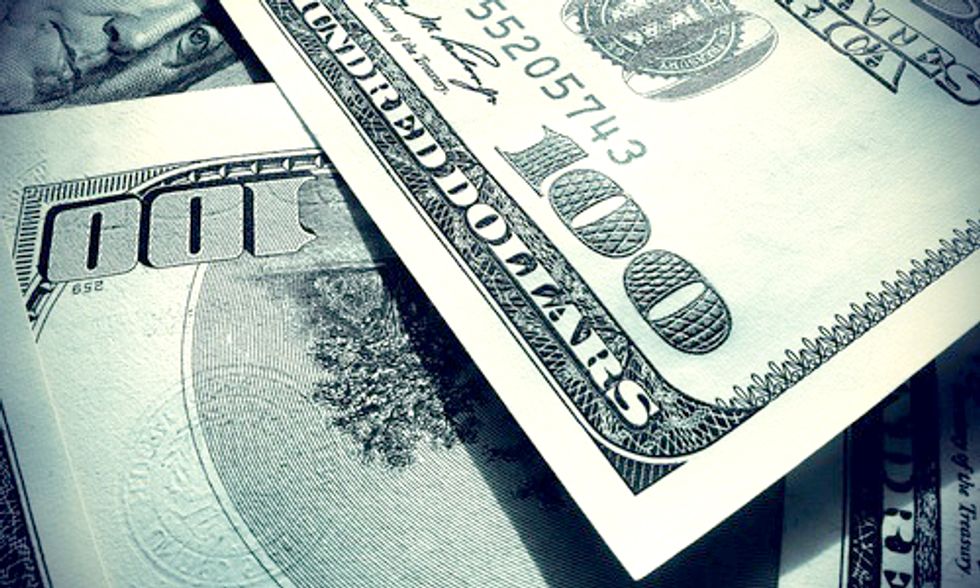 Some bankers across the world are aiming high when it comes to investments in renewable energy.

Billionaire investors and climate-focused policy advocates like hedge-fund founder billionaire Tom Steyer and former U.S. Treasury Secretary Robert Rubin gathered at the United Nations this week to call for more investments in renewables and changes to financial markets that would boost investments, according to Bloomberg.

The figure they had in mind? $1 trillion per year—dubbed a "Clean Trillion" by Ceres and others.

Some in the financial and energy industries believe that's what it will take in order to limit global warming to 2 degrees Celsius. As it stands now, global invests in clean energy must double by 2020 and once again in order to reach that goal.

"What we need to have invested in the energy sector and in the green infrastructure in order to make the transformation that we need in order to stay within [2 degrees Celsius of global temperature rise] is $1 trillion a year and we are way, way behind that," Christiana Figueres, UN climate chief, told The Guardian. "Last year, we had $300 billion, and in the same year we had double that amount invested in exploration and mining in fossil fuels. So you can see that the ratio is not where it needs to be. We need to be at the opposite ratio."

According to Ceres, the world needs to invest an additional $36 trillion in clean energy for the next 36 years. The organization suggests it's actually possible, regardless how daunting it sounds, businesses, investors and policymakers band together. Here are some of the organization's proposals:

Ceres also calls for policymakers to form a new global climate change agreement by 2015, and establish polices that put a limit and price on greenhouse gas emissions.

"Cost competitive renewable technologies and attractive investment opportunities exist right now, but we're still not seeing clean energy deployment at the scale we need to put a dent in climate change," said Mindy Lubber, the president of Ceres, which organised this week's summit.

"We need to find a way to get more institutional investor capital into this space."