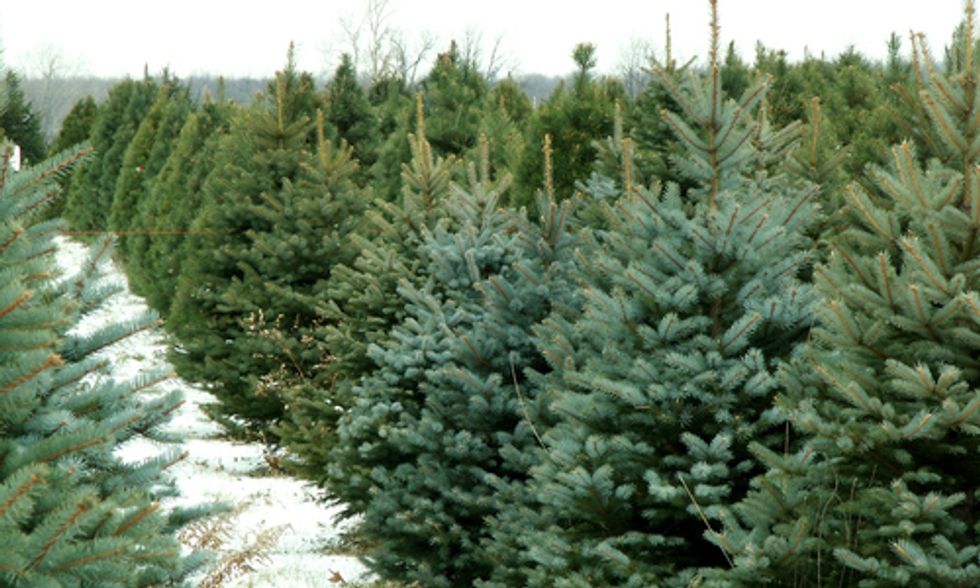 As someone who celebrates Christmas, every year after Thanksgiving I look forward to the ever-tedious process of selecting the perfectly well-balanced Christmas tree to decorate and adore for weeks to come as we enter the holiday season.

The “perfect” Christmas tree can take up to 10 years to grow, yet only a few days of global warming-fueled extreme weather to destroy.
Photo courtesy of Shutterstock

Most people who celebrate Christmas would agree that the Christmas tree is a poignant symbol of the holidays and is a staple in most homes around the world. Admittedly, the idea of something happening to make Christmas trees no longer available or easily accessible is something hard to fathom, but sadly could become more of a reality soon if something is not done to combat climate change.

Climate change can not only be attributed to fewer white Christmases, but is also responsible for heat waves, flash floods and droughts; all of which can hinder or completely destroy Christmas tree growth. The “perfect” Christmas tree can take up to 10 years to grow, yet only a few days of extreme weather to destroy. While some younger trees can withstand extreme temperatures, they literally cannot stand up to the heavy flash foods like the ones that hit Vermont and New Hampshire last summer. Thousands of trees were wiped out during one flood spell and if more flooding and extreme weather continue to hit the region, that’s going to spell disaster for the forest economy in the Northeast.

With 75 percent of Vermont's landscape covered by trees, foresting and timber are big businesses in the Green Mountain State. According to the Northeast State Foresters Association, the economic benefit of Vermont forests is an astounding $1.5 billion that includes things like Christmas trees and maple products. Local Christmas tree business owners fear that if and when climate change worsens, their crops (and livelihood) will worsen with it.

Christmas tree crop destruction isn’t only happening in the Northeast. Midwest states like Wisconsin have also felt the harsh impacts from climate change and extreme weather on their crops. Christmas trees throughout southeastern and central Wisconsin are experiencing reduced needle production, stunted growth and browning as a result of summer 2012’s extreme heat and drought. The extended hot and dry conditions from that summer have caused the loss of more than 4,000 young trees, about half of their new crop. To cope with these effects, many farms were forced to cut less trees and had to leave trees that were too sparse on the farm which has caused a severe drop in overall revenue this season.

So what does all of this mean—will the price of your Christmas tree triple next year? Probably not, but the crop loss has left some farmers saying they won’t replant. So even though the full-grown trees are still widely available, the crop set to be fully matured six to 10 years from now might be at risk, causing prices to jump.

Like so many other treasured things, Christmas trees are being put at risk by the changing climate. It’s time to tell the U.S. Environmental Protection Agency we need action to combat climate change starting with strong standards for the top emitter of carbon dioxide, power plants. Because really, what’s Christmas without a Christmas tree?