How Climate Change Is Turning Our Forests into Kindling 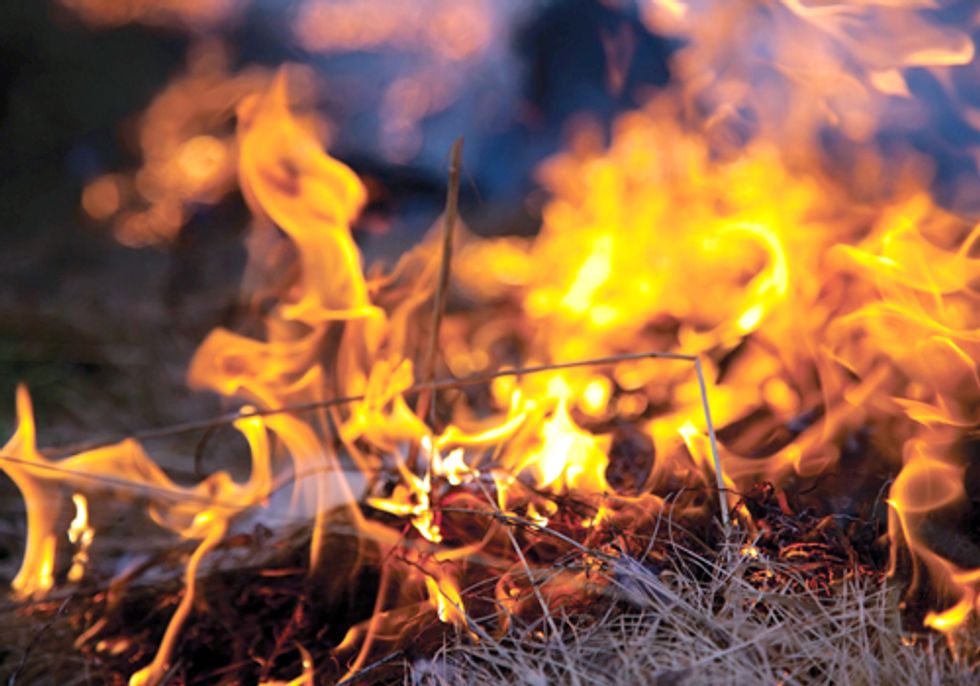 Photo by the Texas Department of Agriculture.

The effects of global warming on temperature, precipitation levels and soil moisture are turning many of our forests into kindling during wildfire season.

Higher spring and summer temperatures and earlier spring snow-melt typically cause soils to be drier for longer, increasing the likelihood of drought and a longer wildfire season, particularly in the western U.S.

These hot, dry conditions also increase the likelihood that, once wildfires are started by lightning strikes or human error, they will be more intense and long-burning.

The costs of wildfires, in terms of risks to human life and health, property damage and state and federal dollars, are devastating, and they are only likely to increase unless we better address the risks of wildfires and reduce our activities that lead to further climate change.

Wildfires are already on the rise

Wildfires in the western U.S. have been increasing in frequency and duration since the mid-1980s, occurring nearly four times more often, burning more than six times the land area and lasting almost five times as long (comparisons are between 1970-1986 and 1986-2003).

Natural cycles, human activities—such as land-use (clearing, development, mining) and fire exclusion—as well as climate change can influence the likelihood of wildfires. However, many of the areas that have seen these increases—such as Yosemite National Park  and the Northern Rockies—are protected from or relatively unaffected by human land-use and behaviors. This suggests that climate change is a major factor driving the increase in wildfires.

What is the relationship between precipitation patterns, global warming, and wildfires?

While severe wildfires have been observed to occur more frequently and this trend is projected to continue throughout the 21st century, it is worth noting that not every year has an equal likelihood of experiencing droughts or wildfires.

Natural, cyclical weather occurrences, such as El Niño events, also affect the likelihood of wildfires by affecting levels of precipitation and moisture and lead to year-by-year variability in the potential for drought and wildfires regionally.

Nonetheless, because temperatures and precipitation levels are projected to alter further over the course of this century, the overall potential for wildfires in the U.S., especially the southern states, is likely to increase as well.

As the world warms, we can expect more wildfires

Wildfire seasons (seasons with higher wildfire potential) in the U.S. are projected to lengthen, with the southwest’s season of fire potential lengthening from seven months to all year long. Additionally, wildfires themselves are likely to be more severe.

Researchers and modelers project that moist, forested areas are the most likely to face greater threats from wildfires as conditions grow drier and hotter.

Surprisingly, some dry grassland areas may be less at risk, but not because they would be flourishing—the intense aridity is likely to prevent these grasses from growing at all, leaving these areas so barren that they are likely to lack even the fodder for wildfire.

A conflagration of costs

The economic costs of wildfires can be crippling. Between 2000 and 2009, the property damages from wildfires averaged $665 million per year.

In addition to the property damage they wreak, wildfires cost states and the federal government millions in fire-suppression management; the U.S. Forest Service’s yearly fire-suppression costs have exceeded $1 billion dollars at least twice since FY 2000.

The risk to property owners at the “wildland-urban interface” in California (more than 5 million homes in southern coastal California, the Bay Area and north of Sacramento) is projected to increase with the increase in wildfires near these areas.

The environmental and health costs of wildfires are also considerable: not only do wildfires threaten lives directly, but they have the potential to increase local air pollution—exacerbating lung diseases and causing breathing difficulties even in healthy individuals.

Additionally, a counterintuitive aspect of wildfires—especially in the semi-arid southwest U.S.—is that when the rains do come, mountain forest wildfires increase flash flood risk in lower-lying areas in the days and months following the fire due to loss of vegetation and the inability of burned soil to absorb moisture. For example, residents in Arizona living along usually dry stream beds have lost property and life following such tragic and unexpected post-wildfire flash floods.

What can we do to address the threat of wildfires?

The global temperature is increasing and the climate is changing due to the greenhouse-gas emissions we have already produced, leading to a likely rise in the incidence of wildfires.

But it is not too late. What we do now has the power to influence the frequency and severity of these fires and their effects on us.

By engaging in mitigation efforts—creating buffer zones between human habitation and susceptible forests, and meeting home and city fire-safety standards—and by taking steps to reduce our impact on the climate, we can help to keep our forests, our homes and our health safe.