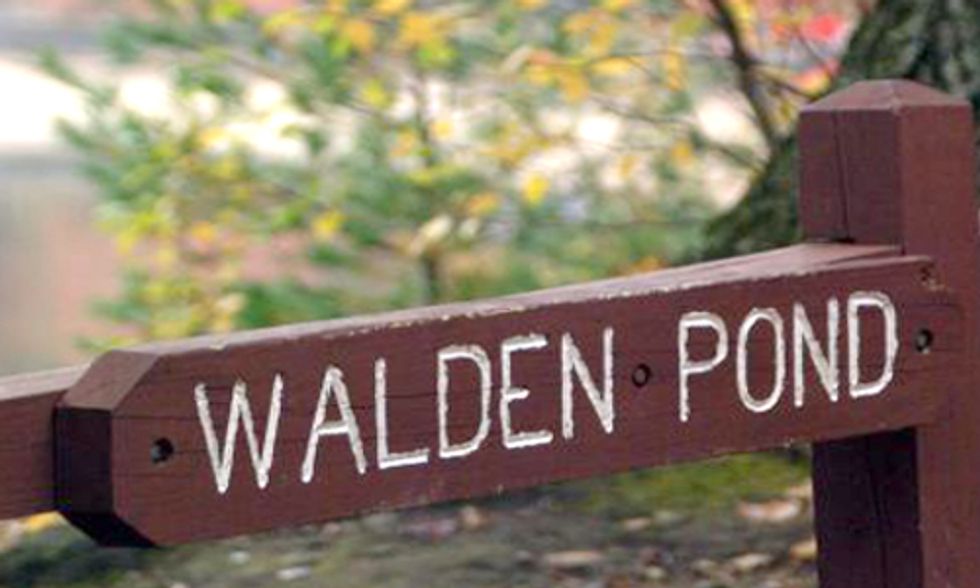 Walden, where Henry David Thoreau planted beans on land that had yielded only cinquefoil, blackberries, johnswort and sweet wild fruits, is changing. The trees and shrubs around Walden Pond are now out on average 18 days earlier than 150 years ago, when Thoreau made his observations. And, according to U.S. scientists in the journal New Phytologist, native species could lose out to invasive shrubs such as the Japanese barberry.

Concord, MA, occupies a special place in America’s history: it was the site of the first battle of the War of Independence in the eighteenth century, and later it was immortalized by the writings of Thoreau. But the nineteenth century author did more than publish elegant observations of the natural economy. He also recorded the first moment when leaves emerged on the trees around Walden Pond, near Concord, and did so for five years between 1852 and 1860.

Caroline Polgar, a student at Boston University, decided to repeat his observations. What she found was surprising: “all species—no exceptions—are leafing out earlier now than they did in Thoreau’s time. On average, woody plants in Concord leaf out 18 days earlier now.”

Between 2009 and 2013 she and her fellow author Amanda Gallinat made observations of 43 woody plants in the region. They also tested 50 species by collecting dormant twigs and placing them in water to see when leaves unfurled in unusually warm laboratory conditions.

“We found compelling evidence that invasive shrubs such as Japanese barberry are ready to leaf out quickly once they are exposed to warm temperatures in the lab even in the middle of winter, whereas native shrubs, like highbush blueberry, and native trees, like red maple, need to go through a longer winter chilling period before they can leaf out—and even then their response is slow,” said Gallinat.

"The experiments show that as spring weather continues to warm, it will be the invasive shrubs that will be best able to take advantage of the changing conditions,” Gallinat concluded.

“We see that climate change is creating a whole new risk for native plants in Concord," said Richard Primack, a third author and professor of biology at Boston University. "Weather in New England is unpredictable, and if plants leaf out early in warm years, they risk having their leaves damaged by a surprise frost. But if plants wait to leaf out until all chance of frost is lost, they may lose their competitive advantage.”