How Climate Change Could Increase Pollen Levels by 200% 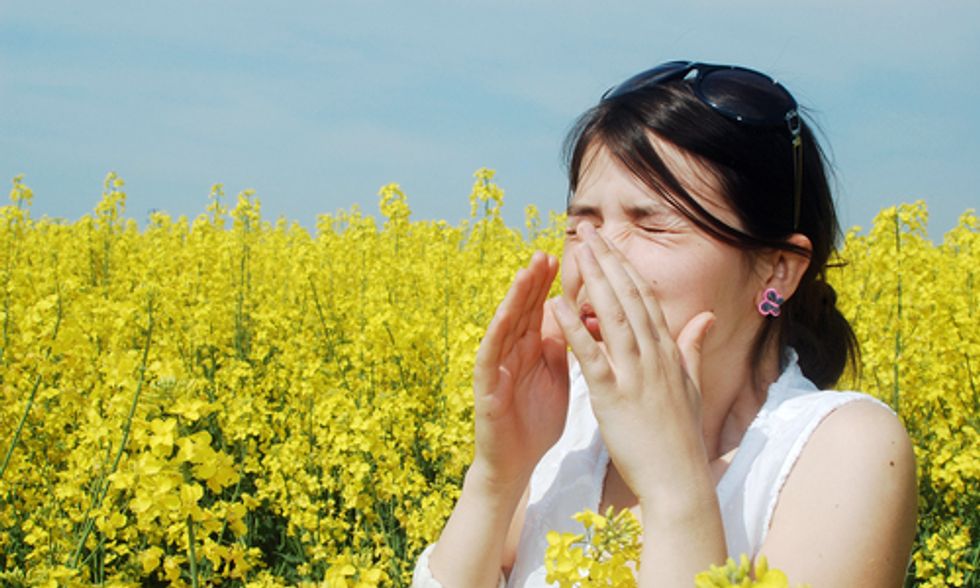 Scientists have identified a new hazard that will arrive as a result of climate change: a huge increase in hay fever and pollen allergies.

Christine Rogers, an environmental health scientist, added: “This is the first evidence that pollen production is significantly stimulated by elevated carbon dioxide in a grass species and has worldwide implications, due to the ubiquitous presence of grasses in all biomes and the high prevalence of grass pollen allergy.”
Photo credit: Shutterstock

A team of researchers from the University of Massachusetts at Amherst, U.S., report in the Public Library of Science journal PLOS One that as man-made carbon dioxide and low-level ozone levels rise, so will grass pollen production and allergen exposure—by up to 200 percent.

Many predictions of the problems of global warming are, in effect, simulations: researchers take a climate model, add a few parameters, identify a trend or isolate a possibility, and run it forward to see what happens. Using such techniques, researchers have predicted that heat extremes themselves will present health hazards, and have confirmed that cutting CO2 emissions will certainly save lives.

But Jennifer Albertine and her colleagues at Amherst tried the other approach: they grew plants in laboratory conditions, using different atmospheric concentrations of carbon dioxide and of ozone—the O3 version of oxygen (O2) that plays an important protective role in the stratosphere, but is a notorious irritant and health hazard in traffic-choked cities.

They selected for the experiment the grass Phleum pratense, widely known as Timothy grass and common in lawns, pasture and meadows everywhere. Then, at the appropriate moment, they bagged the flowers, captured and measured the pollen production, and used enzymes to get at an allergen protein called Phl p 5.

The news is not good for those who dread the start of the hay fever season in spring. As atmospheric CO2 doubled to 800 parts per million, there was a 53 percent increase in pollen production per grass flower.

But that was only part of the effect. A greater number of plants flowered as a result of the stimulus of the extra carbon dioxide, which has an effect on plant fertility. And that brought the increase in pollen levels to a startling 200 percent.

The increases in low-level ozone—already widely predicted as a consequence of global warming—had no effect on the quantities of pollen produced, although it did tend to suppress the allergen levels in the pollen.

But since the effect of low-level ozone is to irritate the mucous membranes of gasping city-dwellers and actually make the allergic airway response even worse, this is not good. The researchers warn that ozone increases would bring on negative respiratory health effects quite independently on any rise in pollen counts.

Her co-author, Christine Rogers, an environmental health scientist, added: “This is the first evidence that pollen production is significantly stimulated by elevated carbon dioxide in a grass species and has worldwide implications, due to the ubiquitous presence of grasses in all biomes and the high prevalence of grass pollen allergy.”