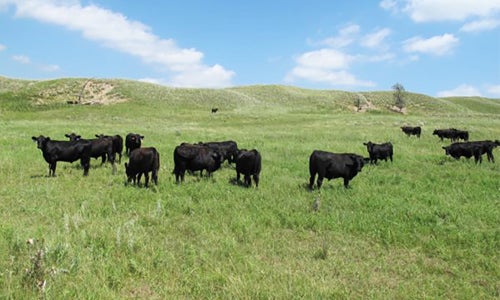 Are there agricultural practices that might offer more potential than the ones commonly discussed in the “carbon farming” conversation? In a companion post, I wrote about what the science tells us about cover cropping and reduced tillage, two practices getting a lot of attention in what I’ve called the “carbon farming” rage. Here I want to address some more agroecological practices, those that incorporate ecological principles and what is known from field research about their ability to add carbon to the soil. 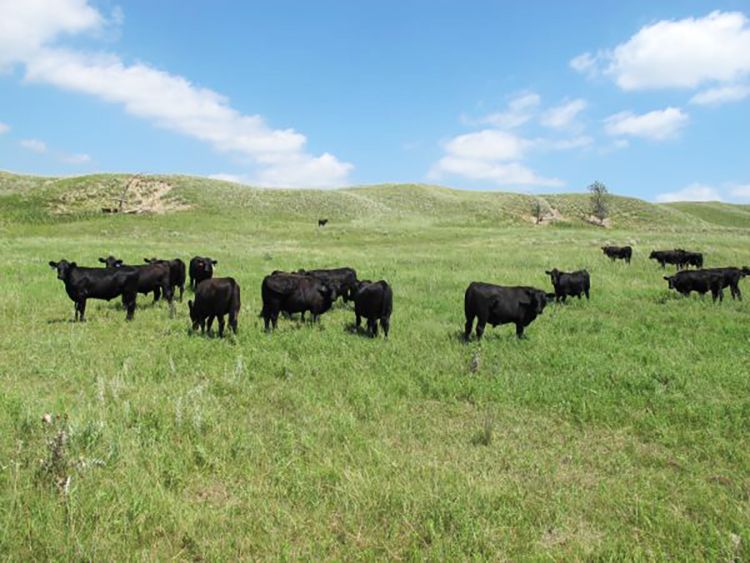 Cattle graze here on a ranch in the Sand Hill region of North Central Nebraska. Grasslands cover a large percentage of the planet and research demonstrates greater potential with improved management (such as compost additions and plant composition) to increase soil carbon.

What Do We Know About Soil Carbon Potential Beyond the Basic Conservation Practices?

There is less research on the relationship of agroecological practices, such as crop rotations, agroforestry and improved grazing-based systems, with soil carbon—but what is known is very positive. A synthesis paper of global field studies found that crops in rotation plus cover crops increased total soil carbon by 8.5 percent. Some estimates have suggested that when land is shifted from use for growing agricultural crops to pasture for livestock, carbon increases significantly (by 19 percent, according to one study synthesizing several research sites). The same analysis found that returning some cropland to forest could lead to even larger soil carbon gains (up to 53 percent).

On grazing lands, which cover around 25 percent of lands globally, changes to management (for example, compost additions or improved grazing practices such as fertilizer additions or the use of native plant communities) can increase soil carbon such that small changes make a big difference when scaled up. Further, on the option of integrating of trees into agricultural lands, scientists have estimated the potential of agroforestry systems to increase soil carbon to be approximately 95 times greater than the conservation practices of no-till, cover crops and crop rotations (as estimated by one analysis that looked at many studies in the tropics).

This is quite impressive untapped potential, particularly when considering that many of these ecological practices receive a fraction of public research dollars. Of course, some of these practices require taking a small amount of land out of production, but if done strategically on low yielding unprofitable sections of a field, such diversification practices could offer a “win-win” in the form of cost savings for producers and environmental benefit for all. 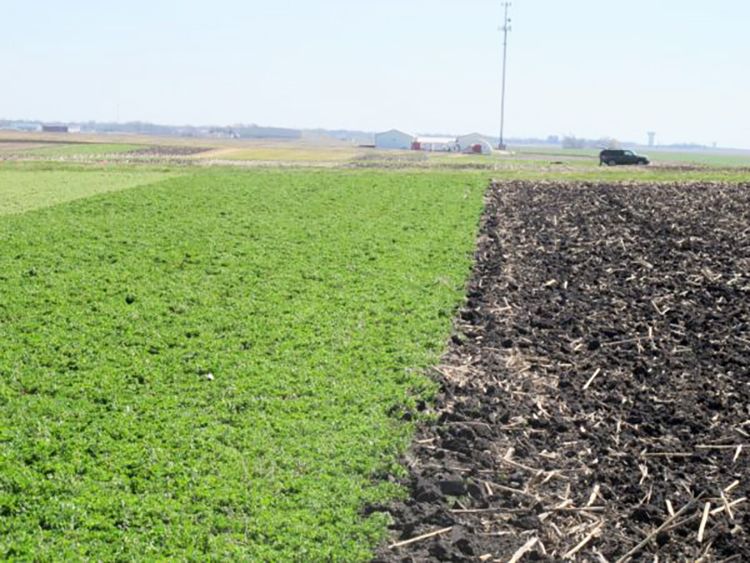 An alfalfa crop next to a plowed bare soil at a research farm near Iowa State University. Alfalfa is a forage crop that puts down roots for multiple seasons, leading to a greater potential for soil carbon increase relative to bare soil or annual crops. Photo credit: Aaron Price

Even With Complexities in the Science, Carbon Farming Deserves the Attention

Carbon farming is a topic of growing interest for both the research and policy communities. The science is complex. Researchers in the fields of ecology, agronomy, forestry, soil science and biogeochemistry, among others, dedicate entire careers toward this area. It can take a lot of soil sampling to detect changes, which is expensive and potentially difficult. Soils are highly variable from one location to another. The initial carbon content of soil heavily influences how much carbon can be increased.

It is important to note that there are other emissions linked to agricultural management decisions, so any net change in the carbon sink is just one piece of the overall greenhouse gas emissions picture. One example of this from my own work is that cover crops may lead to small increases in nitrous oxide emissions, depending upon management.

Finally, something else I found in my research was that the warmer temperatures resulting from climate change may drive increased carbon decomposition—all the more reason to get started sooner rather than later growing the soil carbon sink.

It is important to conclude explicitly that not all carbon farming practices are equal. Many equate to working around the edges rather than systemically changing our design of agricultural systems and landscapes. As I’ve discussed here and in a companion post, the current science indicates that the approaches offering the greatest opportunities to increase soil carbon are those which increase the amount of crops covering the soil in both space and time (which would increase the total carbon input to the soil “budget”) and/or incorporate multiple carbon farming principles. If the agriculture sector is going to get serious about soils as a sink for carbon (and agriculture as a net sink of greenhouse gas emissions), more comprehensive research, combined with appropriate policy and economic incentives, will be necessary.

Andrea Basche is a Kendall Science Fellow in the Union of Concerned Scientists food and environment program.