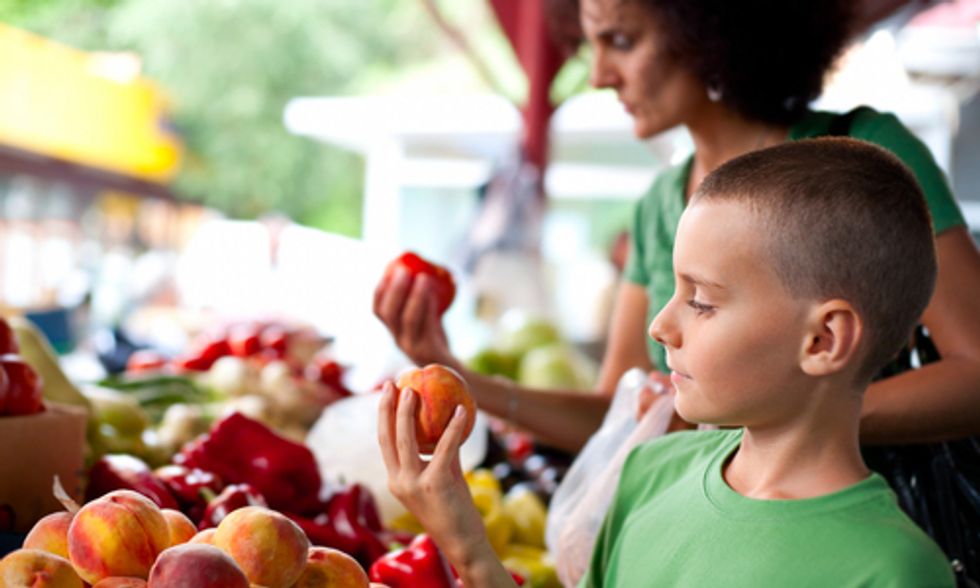 The motto "Think Globally, Act Locally" has long been a guiding tenet of the sustainable food movement. But does acting locally really make a difference and if so, what kind of difference? That’s just what a team of economists set out to explore in the study Linkages Between Community-Focused Agriculture, Farm Sales and Regional Growth, published in Economic Development Quarterly (2014). Their results revealed that yes, direct farm-to-customer-sales in the form of farmer’s markets and farm visits do make a difference–but what kind of difference depends where the farms are located and on how well local communities have built up a supply chain to support this kind of local buying.

Local farmer’s markets are found to have a positive effect on total agricultural sales in some areas of the country. Photo courtesy of Shutterstock

The researchers asked two key questions: First, how are community-oriented farms contributing to agricultural and regional growth? Second, given the importance of major growers and the fact that 75 percent of all agricultural output in the U.S. is produced by less than six percent of all U.S. farms, just how important is agriculture in the economic growth regionally and nationally?

On-farm enterprises that focused their business plans on local communities were labeled community-focused agriculture (CFA). This included farms that sell their produce directly to consumers and generate farm income through agritourism. According to the report, only 6.2 percent of all farms deal in direct sales, and around 1 percent report income from agritourism (all study figures are based on USDA statistics from 2007, the most recent year available).

Studying CFA influence on a national and county-by-county level, researchers found some surprising results. In New England and Mideast counties, regions with well-developed urban centers in proximity to CFA, direct sales increases were associated with increases in total farm sales, as well as personal income growth. Agritourism, on the other hand, was found to have a negative effect on total farm sales.

In the Southeast, increases in direct sales were associated with overall reductions in total farm sales. However, the reverse was true for the effect of agritourism on total farm sales, which was found to be positive in this region and in the Great Lakes.

On a national level, the study found little significant impact of CFA direct sales on total agricultural sales between 2002–2007, but overall, a positive linkage was found between an overall increase in agricultural sales and growth in personal income.

An article in the Penn State News quotes Professor of Agricultural and Regional Economics Stephan Goetz, one of the study’s authors: “We found that for every one dollar increase in agricultural sales, personal income rose by 22 cents over the course of five years. Considering the relatively small size of just the farming sector within the national economy, with less than two percent of the workforce engaged in farming, it's impressive that these sales actually move income growth in this way."

Goetz was further quoted as stating that “at least in certain regions of the country, community-focused agriculture has had a measurable effect on economic growth.”

These findings could help gain support from policymakers and consumers for the promotion of CFA programs.

6 Spring Foods to Buy at the Farmers Market

11 Ways to Vote With Your Fork