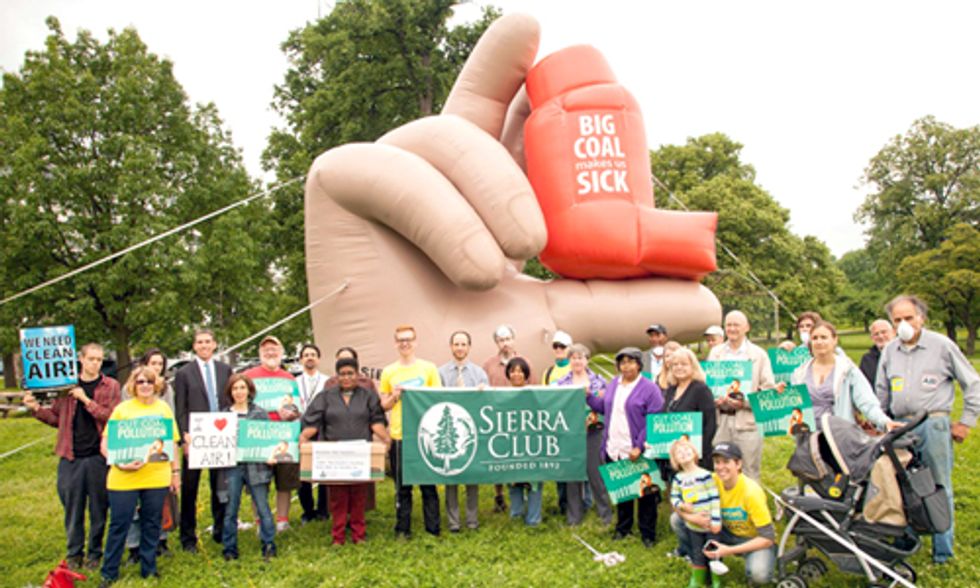 UPDATE: On Oct. 6, the Maryland Air Quality Control Advisory Council approved new strong smog standards for coal plants. "By requiring that all of Maryland's poorly-controlled coal-fired power plants retrofit to include the best pollution control technology, repower or retire, these proposed new safeguards are poised to finally help all Marylanders breathe a little easier," said Josh Tulkin, director of the Maryland Sierra Club. "There are still steps to go to finalize these critical safeguards, and we believe they should be implemented much sooner than 2020, but this is a great leap forward."

More than 85 percent of Maryland's residents live in areas where the air is unsafe to breathe. That's a huge number! Maryland lags far behind other Eastern states in its use of state-of-the-art pollution controls for smog-forming pollutants from power plants, trailing even coal-heavy states like Alabama, Kentucky, Pennsylvania and West Virginia. Believe it or not, the state is home to some of the worst air quality on the East Coast. The good news is that the state has proposed new protections for this deadly pollution, but we need help from people across the state to get these safeguards over the finish line.

Doctors have likened breathing smog to getting sunburn on your lungs—and it's a potent asthma trigger. That's why activists are urging the Maryland Department of the Environment to enact the strongest smog standards possible.

Shan Gordon, director of Cool Green Schools, is part of the fight for cleaner air in the Chesapeake Bay State, noting that it was the stats about Baltimore city kids and the state's coal plants that drove him to action.

"Baltimore children have asthma rates near twice the state average," said Gordon. "By the time our kids are in high school, 25 percent have been diagnosed with asthma sometime in their lives. Asthma is the leading cause of absences from school for health reasons."

Gordon has also researched the history of power plant air pollution standards in Maryland and discovered that many of the state's coal plants are not always using their existing pollution controls.

Even more concerning, fewer than half the state's coal burners use the most effective technology. Poorly controlled coal plants can emit smog-causing pollution at levels 10 times higher than the best-controlled plants.

Thankfully, the Maryland Department of the Environment has proposed new controls on coal plants that will lead to cleaner air in the state, but some coal plant owners continue to oppose any requirement to modernize their outdated emission controls.

That's why Marylanders are standing up to support the MDE's plan by speaking out at rallies and public hearings.

The next important meeting on these standards is Oct. 6, and Beyond Coal activists will be out in force to call on MDE to enact the strongest air quality standards possible for state coal plants. If you’d like to join us or learn more, click here.

"By insisting on daily emission limits and further clean up by all plants, these new standards will help keep emissions from spiking during high demand days when the air quality is already poor," said Gordon.

Meanwhile, to help people nationwide, the Sierra Club's Mobile Air Alerts are available to everyone. Sign up and you’ll receive a text message when an air quality alert is issued in your area. You will know instantly when outdoor air is polluted with harmful levels of smog, and you can plan your outdoor activity accordingly.